A drivable 2008 Ford Escape with an inventory, a useful addition to any survival world. It goes just faster than the Grumman LLV, but is slightly longer. Possible future addition includes making the other seats available for passengers.

Have you ever thought about having a 2008 Ford Escape in Minecraft?

Well too bad, because I’ve added one. No complaining, you will take your family SUV and you will like it.

It comes in four styles; grey, blue, yellow, and police. All of them go the same speed and have the same inventory, but the police variant has lights on the roof.

All four current variants of the Ford Escape. 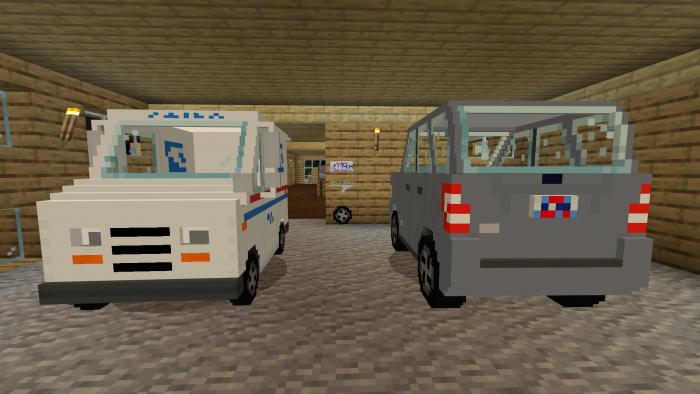 Ford Escape parked next to a Grumman LLV in my survival world.

All four variants of the Ford Escape from the rear 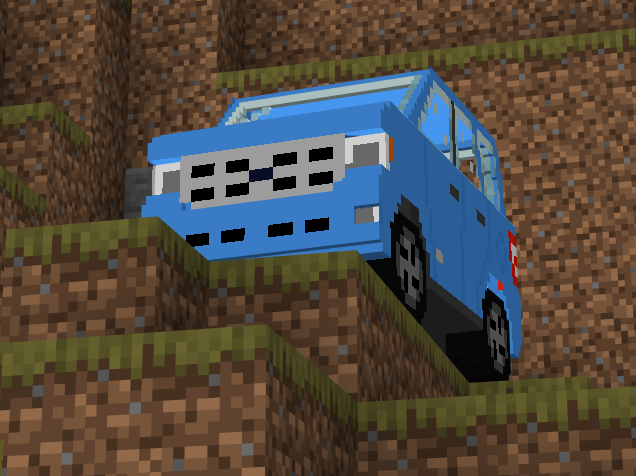 -Z-fighting in various places, but it isn’t a deal breaker.

-Looking straight down while driving one will cause your head to clip through the windshield.

This update adds more colours to the Ford Escape, such as red and black.