By TheEnderface
Published on December 9, 2017

The 3D Lightsaber Addon replaces some of the blocks in-game with four new lightsabers which is a sword-like weapon in Star Wars. All lightsabers have different colors, strengths and effects for the one wielding them. The included colors are red, yellow, blue and green. As a whole, it’s pretty cool but there’s one downside and that is that it looks very strange in third-person. But if you can look past that then you won’t be disappointed.

Skull and head blocks have been replaced by the lightsabers. There’s no other way to obtain them other than looting it from a mob (extremely rare) or obtaining one via the creative inventory. 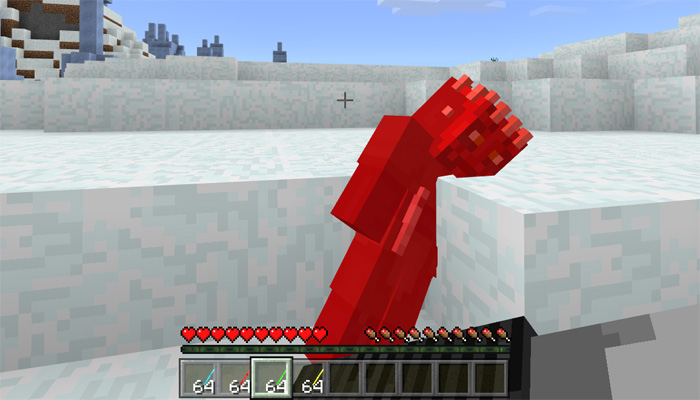