Have you ever wanted a massive battle between armies?

Now you can with the new AI soldiers modpack!

This mod has two armies (red and blue) that not only fight each other, but players as well. 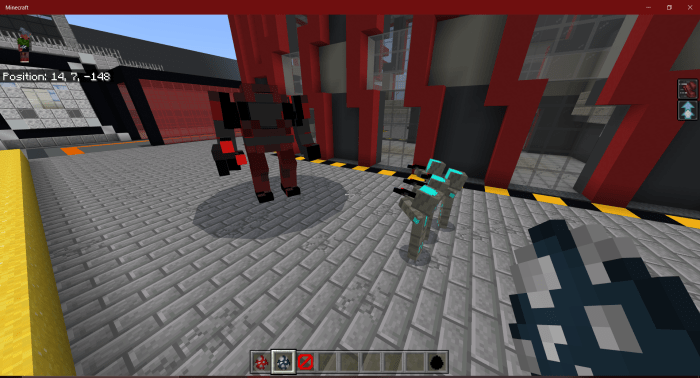 This mod contains 2 AI’s, (red and blue) that not only fight each other, but fight the mech from my other behavior pack, (Titan Mech). These bots are ruthless and will shoot each other down with their working guns.

The AI’s have 2 hearts, meaning they are the cannon-fodder for your battles letting you fight tons of them without a sweat.

The only way to get the AI Soldiers is from the creative menu, where they are respectively called: Blue and Red Soldier.

it shows how the AI’s work and fire.

(Join our discord to see more mods at: discord.gg/hxZvwWR)

A more Detailed submission about their spawning features and stats, such as health.