The Aimbot Mod gives you a perfect aim which is a great advantage when fighting monsters. The view angle is automatically set at the closest mob. There is an easy to use GUI (graphical user interface) which you can use to toggle between the different mobs in your surroundings and other features which greatly enhance the elements of battle.

Once you’ve entered a world make sure that the top button on the right says ON. If it says off just tap on it to turn on aimbot.

There are five different buttons which you need to understand how they work. As it’s entirely in Japanese we’ve translated them (roughly) here:

A text will be displayed next to the mob. It shows how many mobs are in the area, the name of the locked on mob (in Japanese), health and the mob distance. 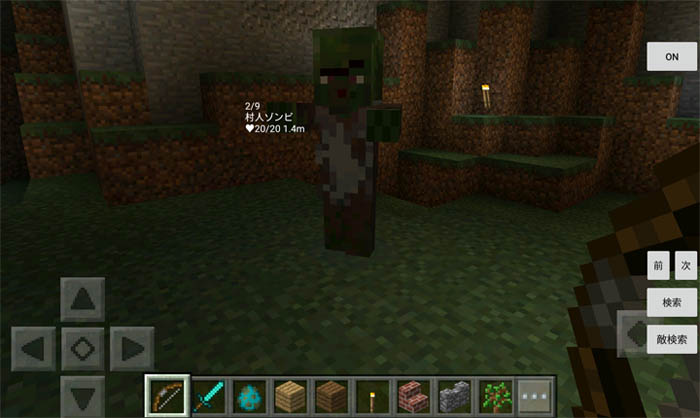 These kind of mods are best showcased in videos. Here’s a short demo!