This add-on add letters, numbers and also symbols in the game, both are in item form and block form so you can choose to place them or to decorate them in item frame. Everything are craftable in survival.

In building structure sometimes we might like to place words, name or even a number in a structure making them with sign is a bit odd because they’re too small and not visible in a far distance. So this add-on is the solution, item letters have both lowercase and uppercase while block have uppercase letters only.

Here are some example of uses of item letters 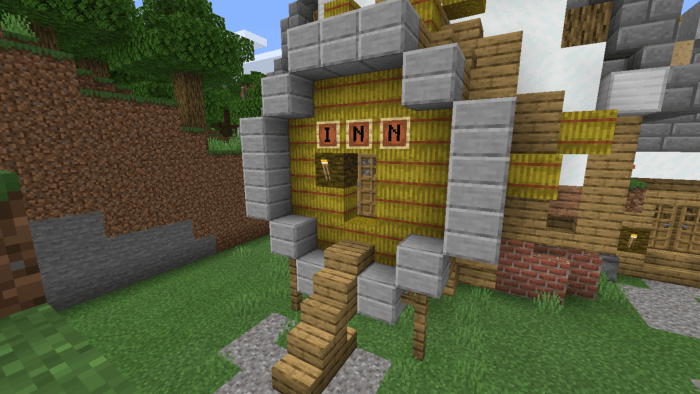 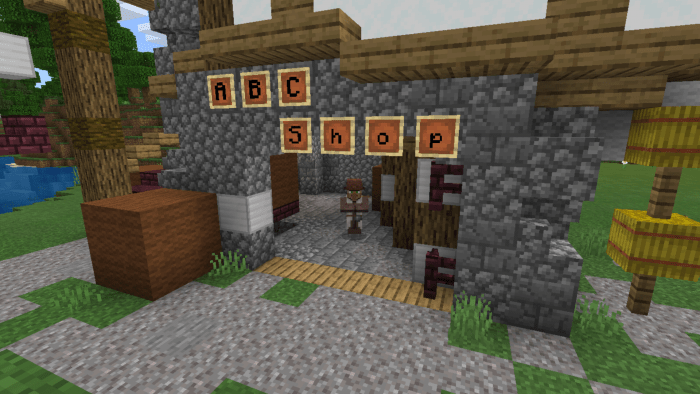 The first thing you need to craft is scroll this is a newly added item, it is the primary ingredients to make letters and numbers.

Here’s how to craft scroll:

This scroll can turn into 4 colored scroll that can be used to craft colored crates.

Crates is a newly added block that contains letters or numbers depend on what typed of crates it is.

Here’s how to craft crate:

This normal crates doesn’t contain anything yet but can only be used as decorative block. But this crate can turn into 4 different color which contain letters, numbers or symbols using colored scroll.

Once you have these crates place them down on the ground and break it and all item its contain will drop. (Should be in survival of course)

Now you have Letters, Numbers and Symbols

For now you can only craft black and red concrete placeholder, but in future update I will add all colors.

Placeholders use to combine in any uppercase letters, numbers and symbols to make them block. For example if you combine wooden placeholder and letter A in a crafting table will form a Wooden Block Letter A. It’s like you print letters, numbers or symbols into placeholder.

See some examples below, this is recipe shapeless meaning it doesn’t matter where the two is placed in a crafting table. 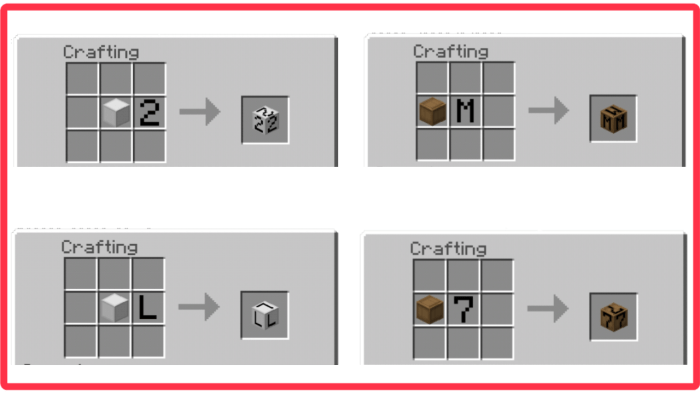 You can easily get these all by function command