This addon is suited for anyone who want to try their fighting skills against a superhero. I have to admit though, that it’s a fairly easy battle to win since Ant-Man (at least in this addon) doesn’t offer much of a fight. Let’s hope that he gets some better powers and unique fighting techniques in a future update.

How to fight him?

Before heading into battle I highly recommend that you get some good weapons and armor. You don’t necessarily need a full armor set to survive but it doesn’t hurt.

Ant-Man can be found spawning in deserts both during the day and night (since he replaces the husk). He is very difficult to see because most of the time he will be extremely small. On rare occasions he’ll be a little bit larger and somewhere around the same size as a baby zombie though.

He will automatically try to attack you but since it’s only melee attacks it’s fairly easy to deal with him. 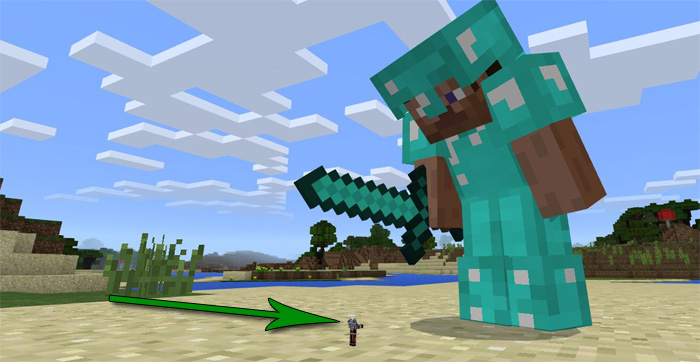 It’s very difficult to get a good hit at him since he’s very small. But he doesn’t get scared off easily. He’ll continue throwing hits at you until either you are dead or he gets killed.