The Ant World Add-on makes all of the mobs in Minecraft a lot smaller. They are really not much larger than an ant and their health and strength have been severely reduced to fit their size. In their eyes you will probably look like a giant, or maybe even a god.

All mobs will be much smaller than they were before. Either find them in your world or use the normal spawn eggs to see them.

All of the mobs are much weaker. Even hostile mobs won’t be able to make as much damage as they could before. For example, a creeper explosion will barely even hurt you.

Even though the mobs are much weaker they are still just as hostile. Here you can see a horde of zombies running straight toward me. Even though it might seem dangerous it really isn’t. You can very easily kill them. 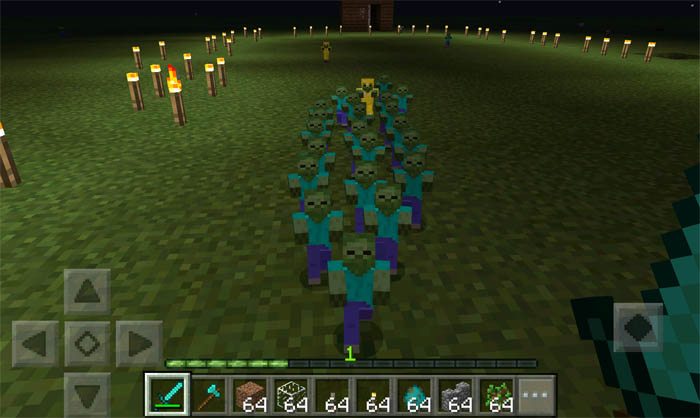 Riding horses sure look weird but they are still very fast animals which make them very useful.