This addon uses the levitation status effect as an additional damage when firing the bow and arrow. It won’t really do any massive damage but it will cause the hit enemy to start levitating for a short while. And this will eventually inflict some fall damage for the mob once the levitation effect passes and it hits the ground.

Shoot any type of mob using a bow and arrow and it will start levitating for 20+ seconds before it falls to the ground. You can’t shoot yourself with an arrow to start levitating. However, if you get shot by a skeleton you will lose some health and also levitate for a short while.

It’s not only for funny business. It can also be used as a perfect defense against hostile mobs. This will immobilize the enemy for a little while and it’s enough time for you to safely get away. 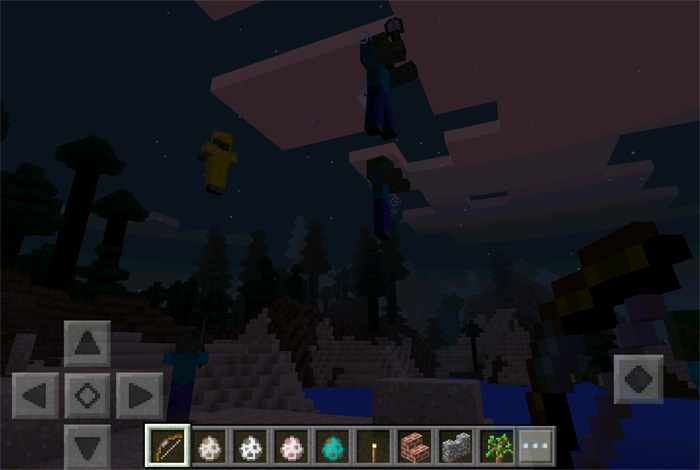 This addon requires version 0.17.0 (also known as 1.0) of Minecraft Pocket Edition. Android users can sign up for a beta here!