Are you a fan of Avatar:The Last Airbender?

Well, if you are, this add-on is perfect for you! This addon adds 4 element benders of fire, water, air, and earth, with custom weapons! Hope you enjoy this mod!

Note: All weapons and entities are custom made, so it doesn’t replace anything in the game. 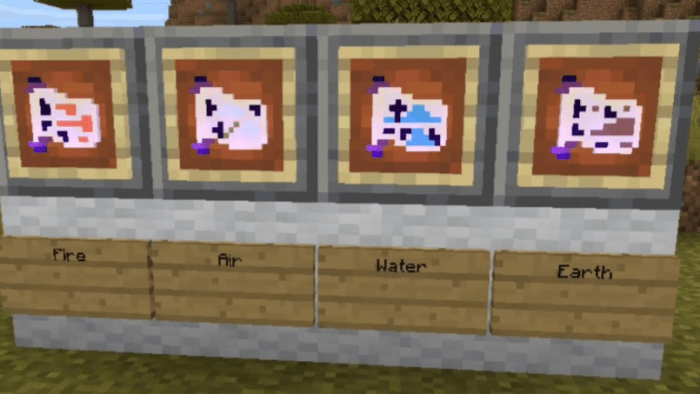 Firebenders are powerful mobs capable of shooting fireballs with high speed. They have 20 health and spawns in mesa biomes and their variants.  To summon type /summon id:firebender 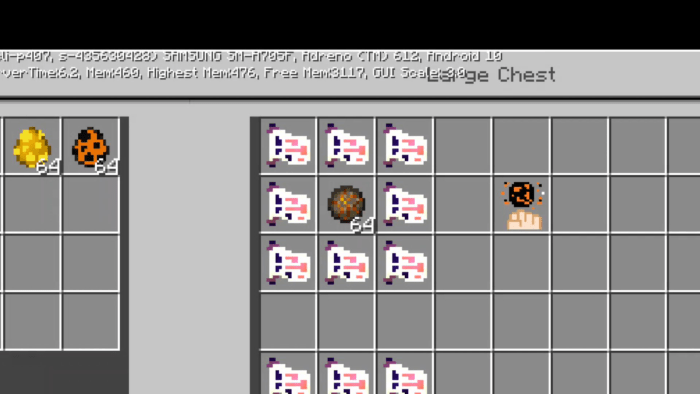 It shoots fireballs that creates fire upon contact and causes a tiny explosion. 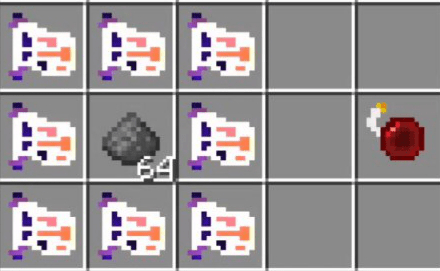 After throwing the projectile, it will explode and cause fire in the radius of 3 blocks after 3 seconds of countdown. Use this ability to set up traps! 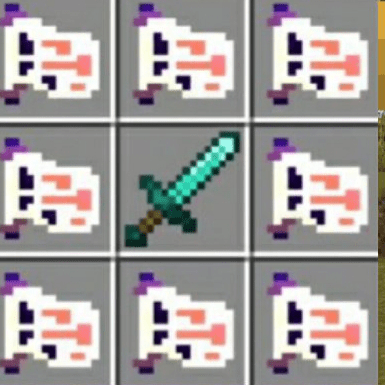 Creates a blade of flame for melee attacks. It is stronger than netherite, as durable as diamond, and grants Haste 1 and Fire Resistance.

The rarest, most powerful -and dangerous- form of Firebending. It creates a white beam that creates a massive explosion upon contact in the radius of 7 blocks.

To craft the ability, you need Combustionbending scrolls , which is dropped by combustion man

(spawns in roofed forests and its variants) 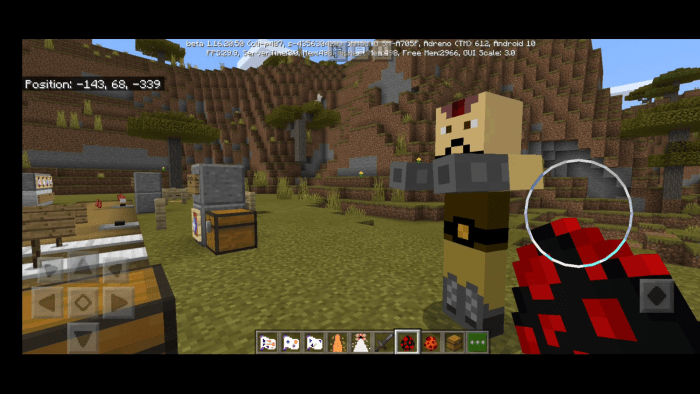 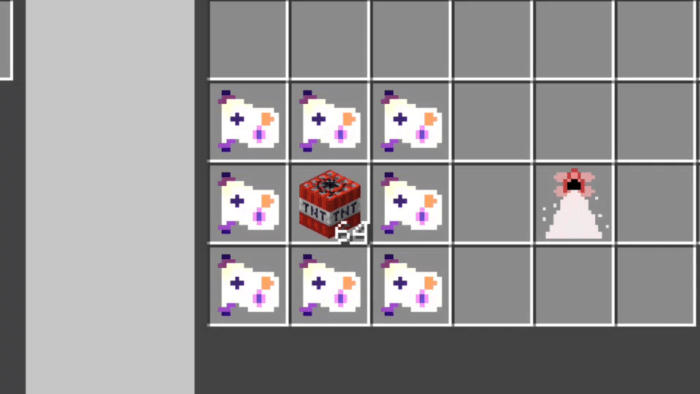 A polar opposite of firebenders, these waterbenders can create a shoot ice tridents at you! They have 30 health and spawns in ice biomes and their variants. 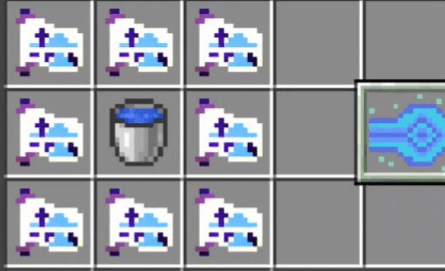 My personal favorite! They can bend air to levitate (but NOT fly) and shoot shulker bullets as a form of ‘airbending’. They spawn in extreme hill biomes and their variants. 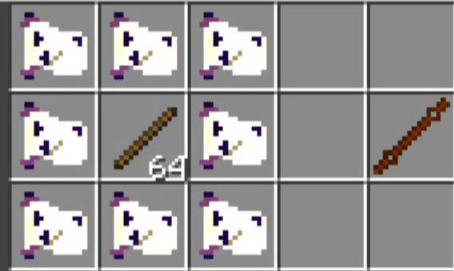 It can also be changed into AIR GLIDERS. (Retextured elytra

To obtain just put your air staff in your crafting section to turn them into gliders, and vice versa.

Or type /give @s id:air_glider 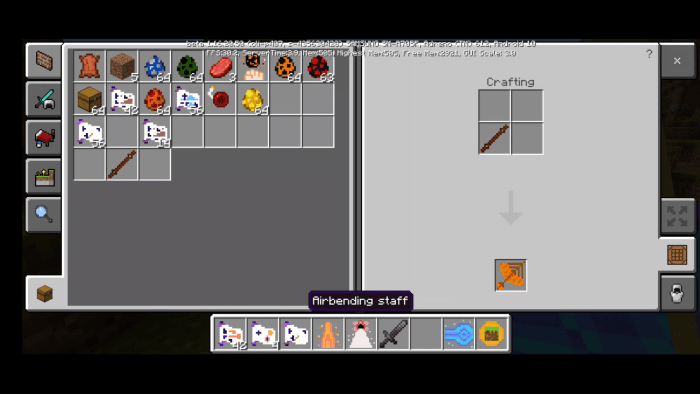 They spawn in plains biomes, and they can create explosions in the ground (Fireless) or attack directly. 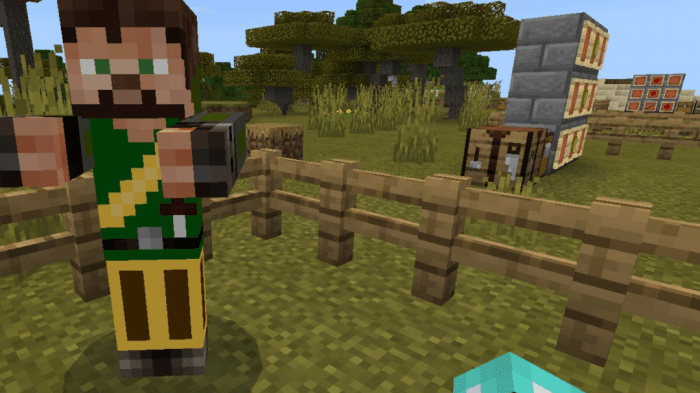 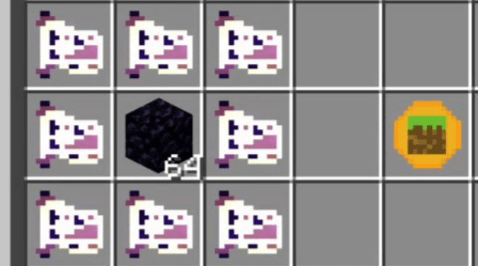 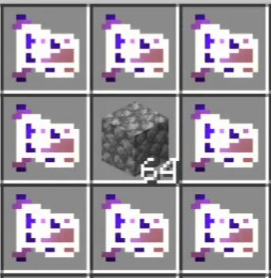 Summons an earth boulder in front of you to protect from ranged attacks. Cooldown: 3sec 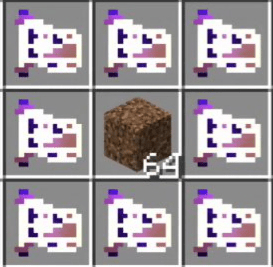 A passive ability which gives you slowness, but also gives you absorbtion, resistance, and deals 7 damage. 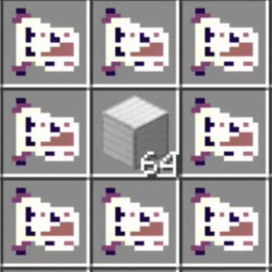 This ability allows you to destroy blocks near you when you are holding them. Can even destroy bedrock! 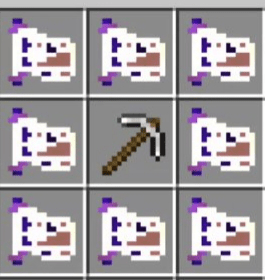 (One time use only)

Attacks: Same as firebenders but stronger and quicker 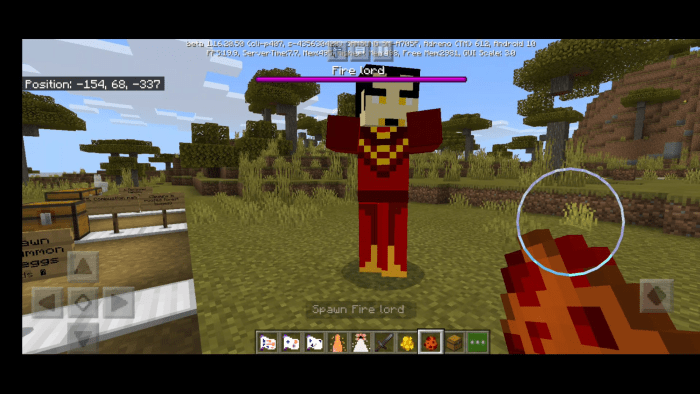 Spawns in the nether, and can be tamed using raw or cooked meat. Turns into zoglin when brought to the overworld.

Currently has no use, give me some of your ideas! 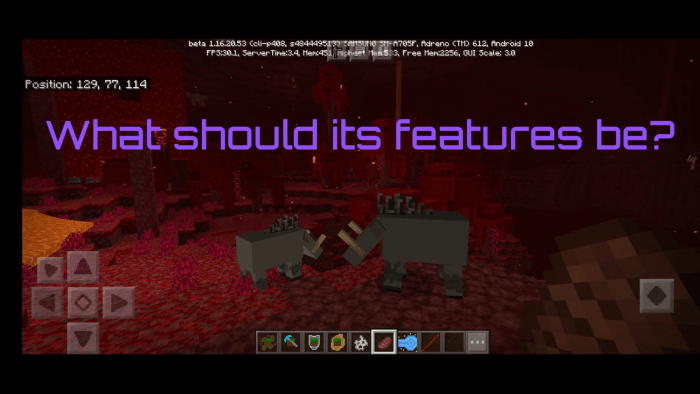 1. The air staff sometimes couldn’t change to a glider.

2. The cooldown effect is a little bit buggy.

P.S: If you want to make a showcase/review, thanks! Please credit me in the description and  put a link to this MCPEDL page!

If there is any bugs, glitches, or feedback, please let me know on my channel or down in the comment section!

Added a patreon link for anyone who is interested in joining

Added a discord server invite link for those who are interested

Added an alternative link for people who want to skip adfly ads.

2. Remember to turn ON Experimental gameplay, or the mod won't work!