This is an addon which adds a few different bandits to the game. Two of the bandits are hostile toward the player and one is neutral. It’s really cool if you want some added difficulty to your world. But they are not all evil. For example, the punk bandit will help fight off other bandits if they come close to them.

I noticed some bugs while testing it and some parts didn’t work as intended. However, I have done my best to document the features as they are in-game. If things seem strange then that’s likely just a bug and something which hopefully will be addressed in the future.

There are five types of bandits and each one work a little bit different.

None of the bandits spawn naturally in and around villages as one would imagine. To find one you will need to go where they originally spawn or use the spawn eggs. 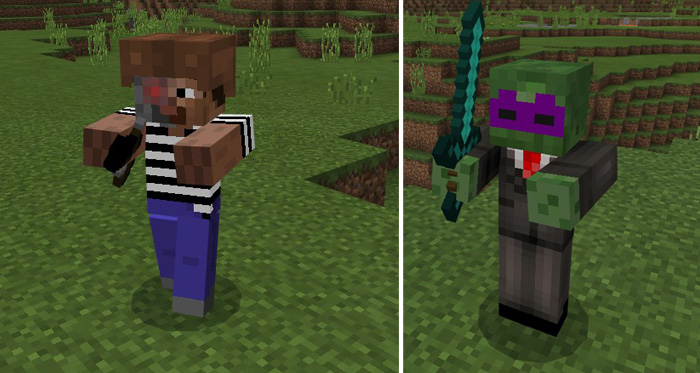 Two fireball bandits have made their move into a village and started attacking the villagers.

The punk bandits are the only ones which are loyal toward the villagers. They are slightly larger than the other bandits and also wields a sword. 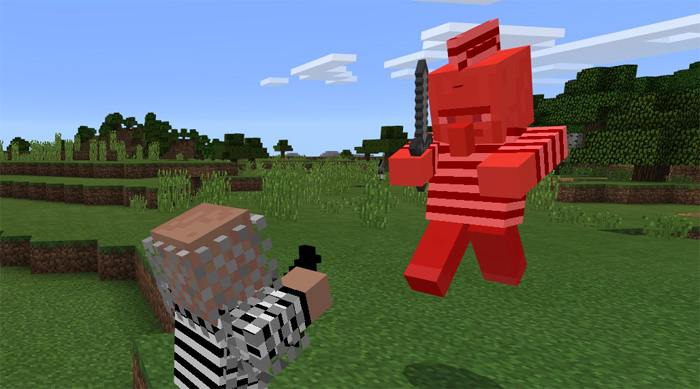 The bow has been replaced by a flintlock pistol. It has a similar attack damage to a bow but it’s slightly easier to use as it shoots a little bit more rapidly. 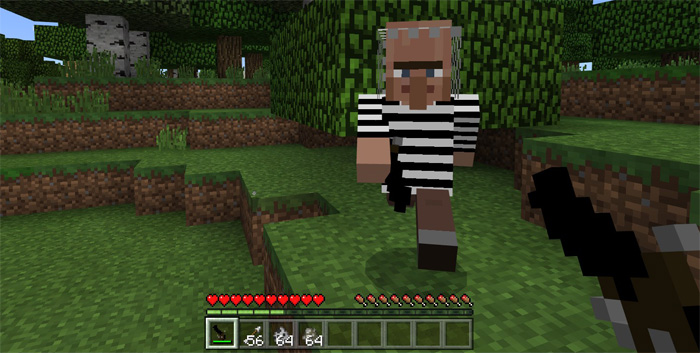