This is a really cool and well made minigame which lets you play basketball in Minecraft. It got several cool features such as the possibility to make epic dunks or block another player from making a throw. There is also a fully functional score system which works in synchronization with a huge scoreboard. If you like basketball then you definitely have to check this out!

This game is best played in multiplayer with two or more players (max 6 players). It got lots of cool customized features to truly make the matches truly enjoyable.

The rules and gameplay works very similarly to basketball in real life. You can throw the basketball just the same way as you throw a snowball. The main (and pretty much only) difference is that it won’t bounce.

On one of the main walls there’s a score counter which is automatically updated as soon either of the two teams score. 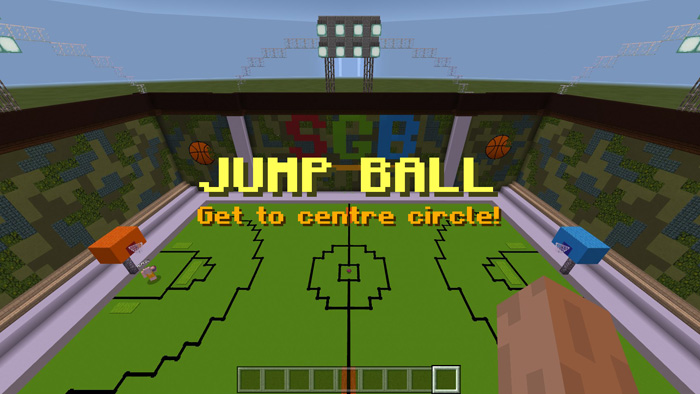 Every time the ball goes for the basket a message will display the outcome. In this case, I scored a point. If it would have fell outside then it would have said that.