The 14 new mobs consist of 8 regular mobs which share these increased speed, hp and attack damage values and 5 “Extra Strong” mobs which are harder still. There is also 1 neutral mob which keeps its vanilla values. 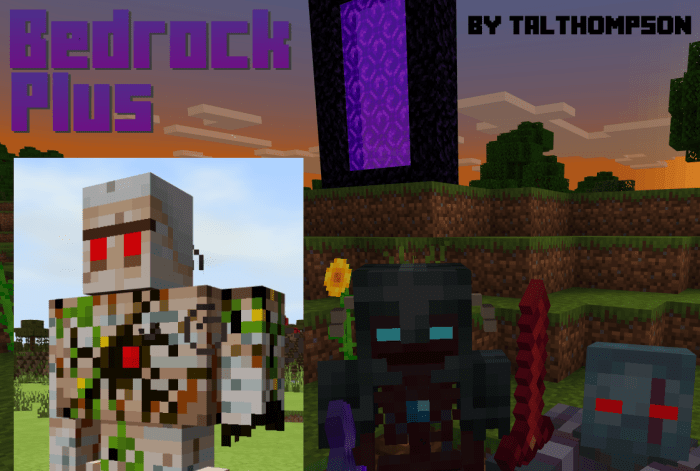 The aim of this add-on is to make the vanilla game more challenging and increase mob variety, without changing the flow of the game too drastically. I’ve balanced it around Hard Difficulty Survival, so it may not function as intended on other settings.

These mobs have an increased base movement speed (Up to 0.35) across the board.

All health values have been approximately doubled for these mobs.

They also deal on average an extra 5 damage to their regular damage values.

For this reason alone I would not recommend loading this mod until you at least have iron armor and weapons as it may be too difficult!

Below are a list of the 14 new mobs I have added to the game. They mostly share the difficulty of the modded vanilla mobs with the exception of a few “Extra Strong” ones which I will explain below. Look for their coloured amulet or stone for a quick indication of what type of damage they do. 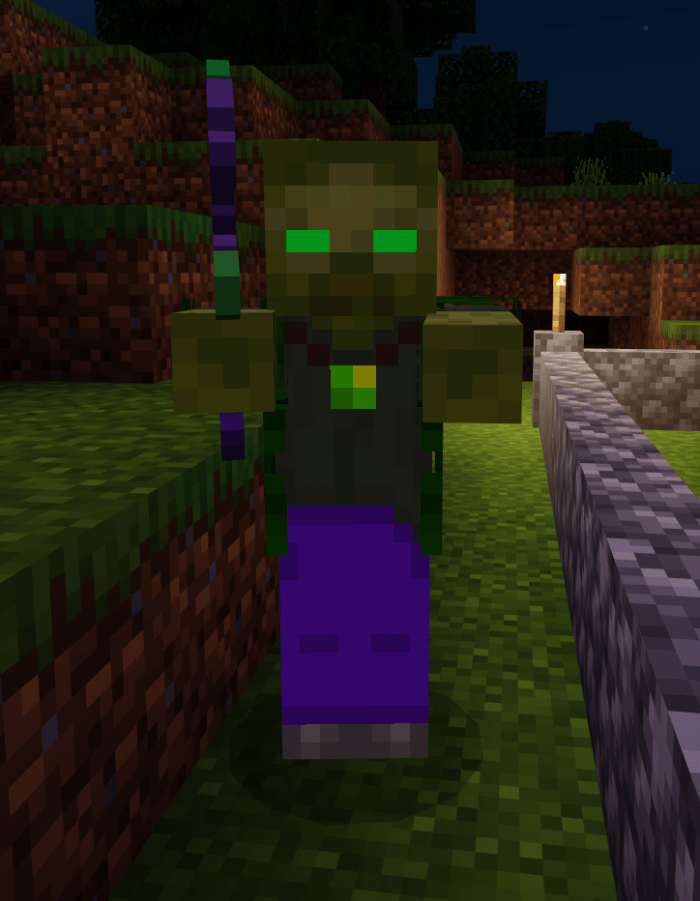 This mob acts like a regular zombie except that it does poison damage with the “poisoned branch” it is holding. 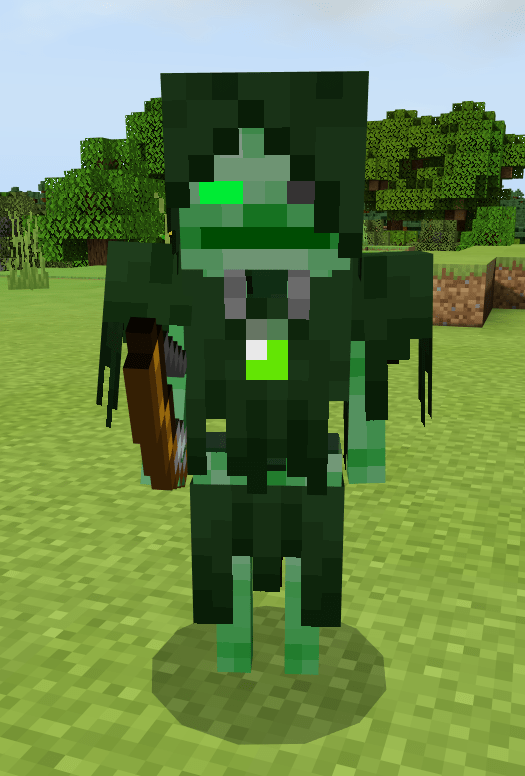 As the name suggests, this mob fires poison arrows. It is based on the Stray, with a new skin. 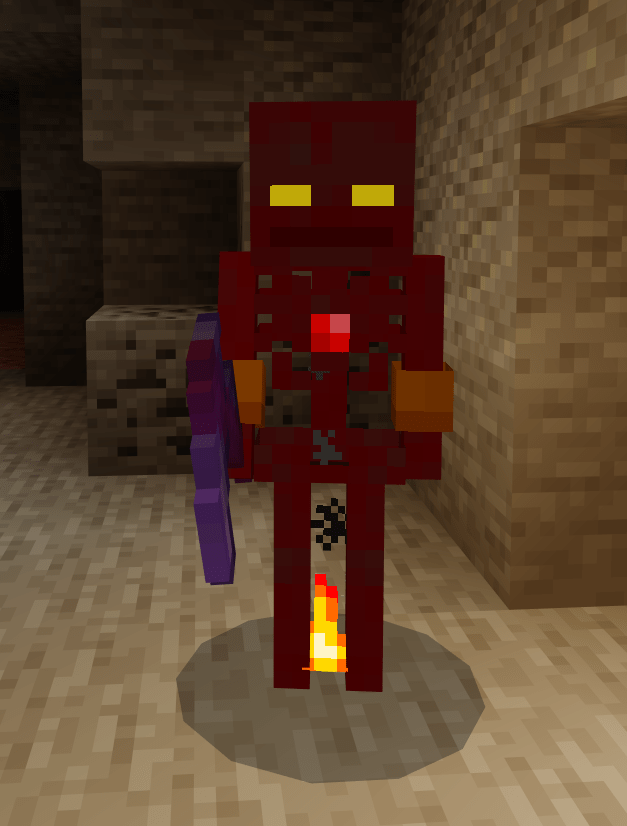 These mobs can only be found underground. 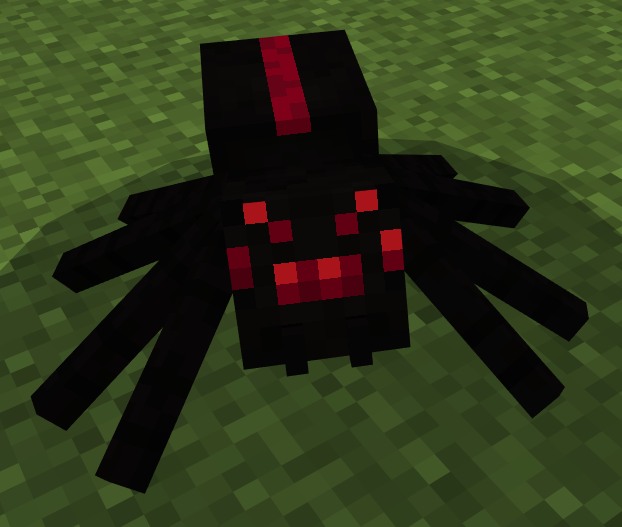 These mobs are like the smaller cave spiders except that they can be found anywhere and inflict fatal poison. Don’t be caught off guard! 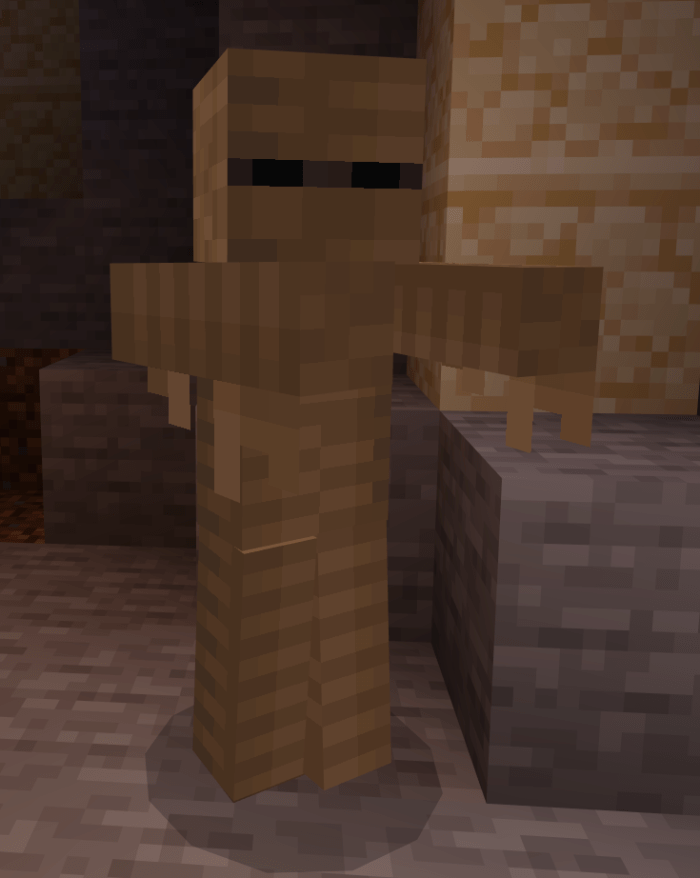 These mobs can only be found in the desert and even then they are fairly rare. They inflict a wither attack as they attempt to drain the life out of you. 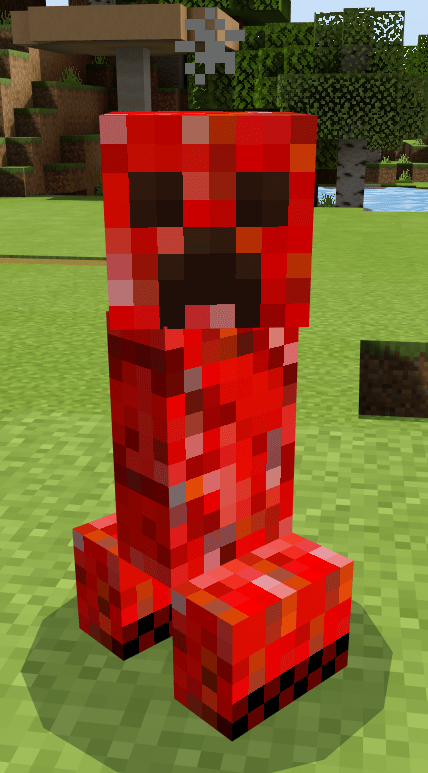 This mob is faster and has more health than a regular creeper. More importantly, it will explode in flames instantly as soon as it is within melee range. To balance things out a little I have reduced the power of the explosion. Its fuse will also trigger as it walks around ready to explode, so you should hear it coming… 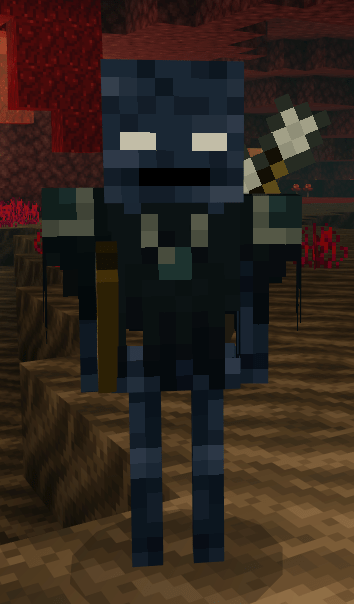 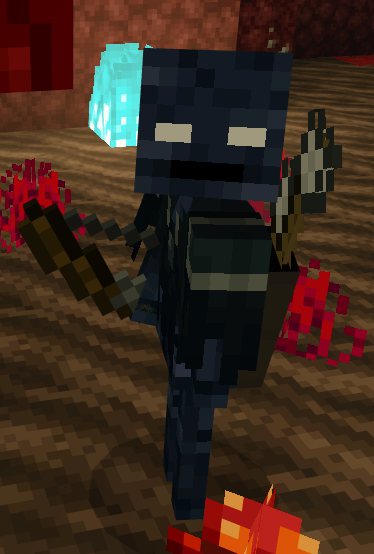 This new mob replaces regular skeletons in the Nether. I added them because I found that the regular ones didn’t quite seem to fit in. I’ve included a wither effect like their stone sword wielding cousins, and their own unique model which features a 3D quiver. 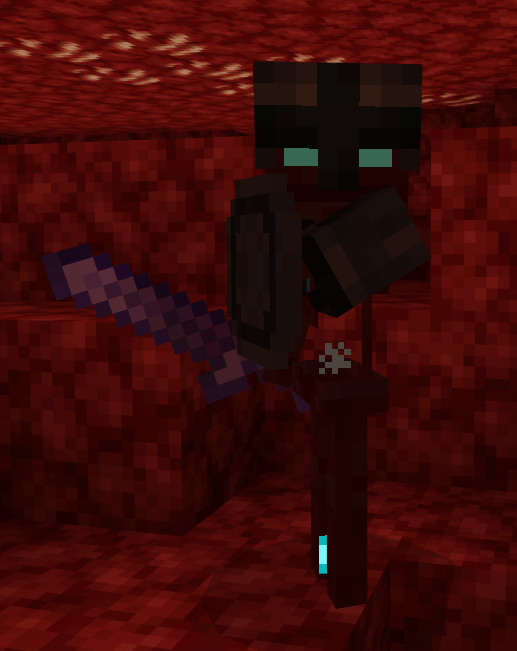 I made this new mob to accompany Skeleton Lords in the Nether. Eventually I hope to change their AI so that they will defend their master when he is under attack. For now though, they function like a regular mob. Their increased HP from other regular mobs is due to the fact that I have added a buckler shield to the model. I figured that would make sense until I can work out a way to make him actually block..

The following mobs are stronger than regular mobs and have a life bar which also indicates what type of attacks they inflict. 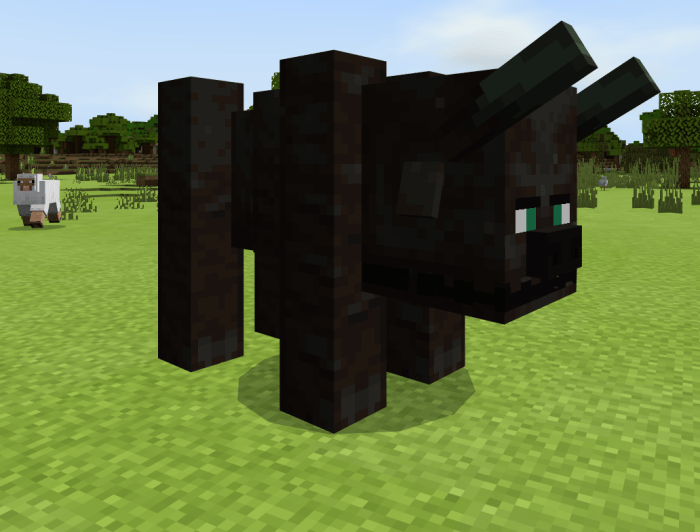 As the untamed version of their domesticated counterparts, Wild Ravagers may appear more friendly but don’t be fooled. They will continually try to charge at you and have extra health. 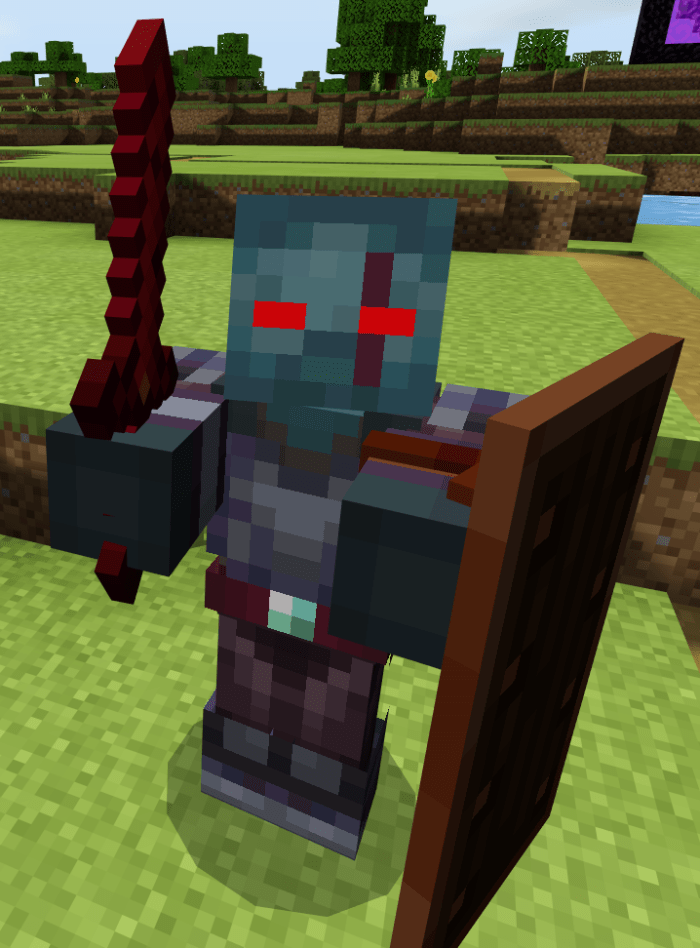 This zombie type is much larger than regular zombies, has more health, does more damage and has greater reach than other mobs. 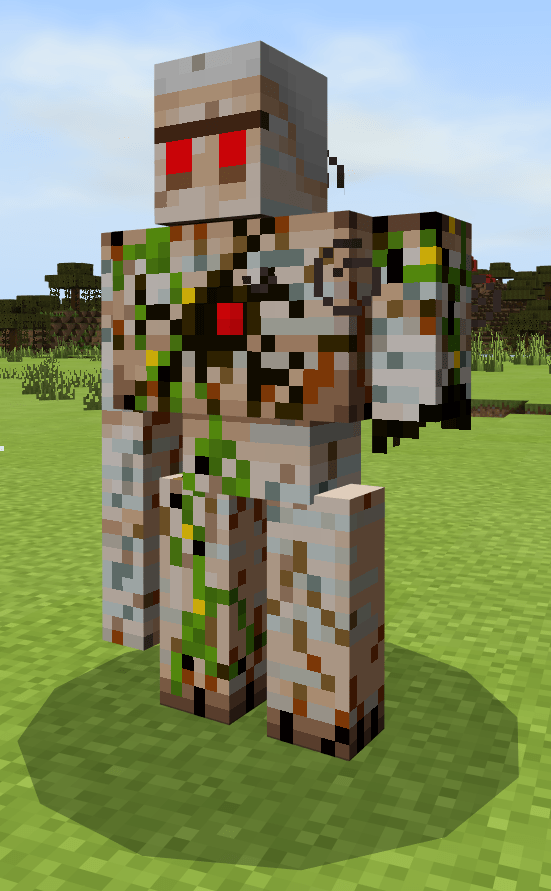 Once in a while an Iron Golem will take such a punishing from the endless onslaught of zombies and skeletons that it will start to malfunction and become unstable. This mob’s arms no longer function, so instead it will relentlessly charge at you and if it takes enough damage it will explode. 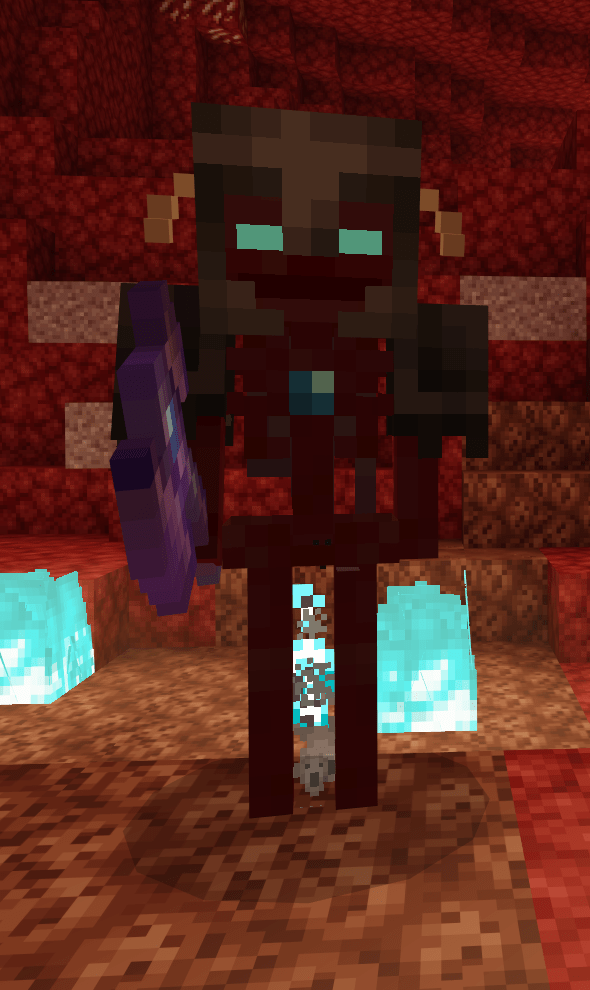 These mobs can only be found in the Nether. Besides being larger than regular skeletons and having extra health, they inflict a slow effect whilst doing burning damage. 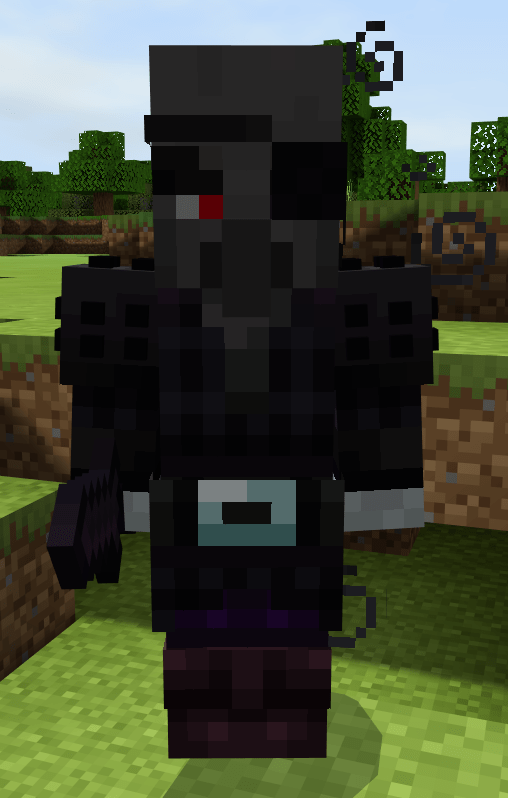 These specialist Pillagers work alone, with the soul purpose of hunting you down. Don’t let their eye patch fool you, for as a battle-hardened veteran, they can spot you from much further than regular mobs. When within melee range they will randomly teleport whilst attacking you with their dagger. Their skill with a blade allows them to slow you down as they continually change position. 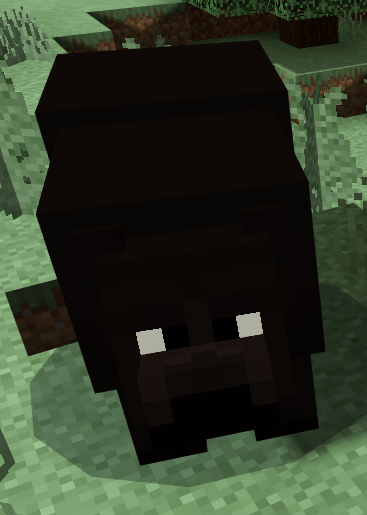 For now this is the only extra neutral/passive mob I’ve added. It uses the Polar Bear model with a modified texture and spawns in forests.

There’s also new recipes I’ve added so that the new weapons the mobs drop can be of some use. You’ll notice that these weapons are stackable so as to not take up too much space. You’ll also notice that they are very weak (ie 15 or so hits to kill a zombie), which is intentional. However a few can be recrafted to do decent damage.

Poisoned branches will give you a stick when crafted as above. 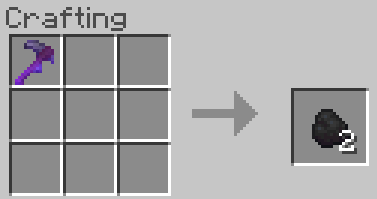 Scorched Stone Picks will give you 2 pieces of coal. 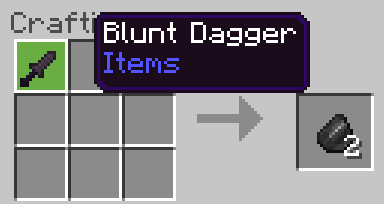 A Blunt Dagger will give you two pieces of flint. 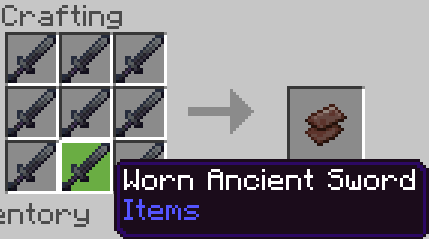 NEW 9 Worn Ancient Swords can be combined to make 1 Netherite Scrap. (Please give me some feedback if this is too unbalanced – wasn’t sure about this one!)

Rusty Iron Swords will give you an iron ingot OR …

… A Polished Iron Sword if you place it with wool and leather as above.

A Scorched Stone Axe will give you a free diamond OR …

… A Sharpened Stone Axe if you place it with a Blackstone Slab as above.

I’d like to say a big thank-you to u/Chillabyte for the inspiration behind for a few of the new weapon textures. (Mostly the Poisoned Branch and the Scorched Pick). Check them out on Reddit or have a look at their work on Discord https://discord.gg/geK6WXY . Fantastic stuff! 😀

Please …… do not take what I have made and try to re-upload it as your own work, on this site or elsewhere. I’m happy to consider letting you use my creations in any mod-packs etc, but please ask me first and give proper credit. Thanks!

And that’s about it! Feel free to leave me feedback and suggestions. I will hopefully add more things to this mod in the weeks to come.

-Fixed a few spelling errors and inconsistencies in the mod description.

-Improved the wording of various parts of the text

-Lightened the image of the Nether Skeleton to improve visibility

-Replaced Skeletons in the Nether with Nether Skeletons

-Added a Rusted Shield Model to the Zombie Soldier

-The Defective Iron Golem will no longer be invincible in creative mode. (It will still only explode in survival though)

-Fixed the display text and textures of some of the new mob spawn eggs when in creative mode.

-Increased the movement speed of the Skeleton Lord slightly.

-Reduced the spawn rate of the Skeleton Lord in the nether.

-Tweaked the bear texture one more time (I think I'm done now!). The muzzle is now lighter all over so it looks a bit more like a real black bear.

-Reduced the Pillager Assassins health by 10 points to 65. It was a bit too OP. I might tweak this mob some more if its still unbalanced.

-Rearranged the reworded the health bar text for the strong mobs so that they all follow the same pattern and format.

-Fixed the resolution of the featured image (I hope!)

-Made a new Featured Image

-Edited some of the mod description

-Made the Red Back Spiders fangs more fang-like, rather than pincers (sorry, just a little change that's been bugging me all day :P)

-Improved the Red Back Spider texture and added poisoned fangs

- Fixed an issue that meant that the Infected Zombie wasn't spawning properly.

- Fixed an issue that caused the Black Bear and Infected Zombie to have no sounds.