This addon adds features that should be part of vanilla Minecraft, but isn’t. There are also lots of blocks that are not even accessible in creative, but you can obtain them using this addon. There is also a slider you can use for changing the color of enchanted items. Trade a Cleric (villager) to receive Barrier Blocks, and then use those to trade with a Toolsmith to get Invisible Bedrock which is an indestructible block even in creative mode.

The sugar canes have been replaced by bamboo! 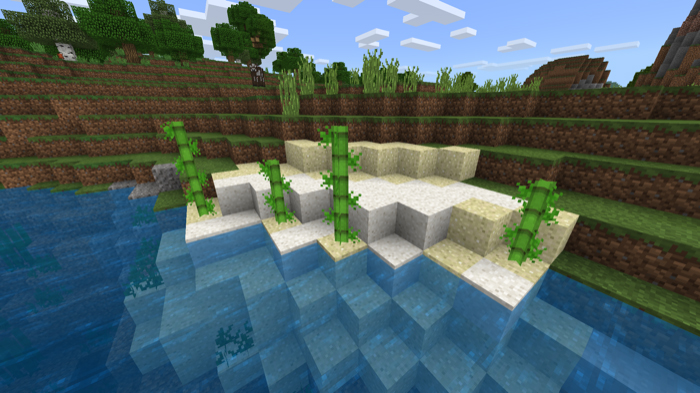 Some of the skulls/heads have been replaced by chalkboards! 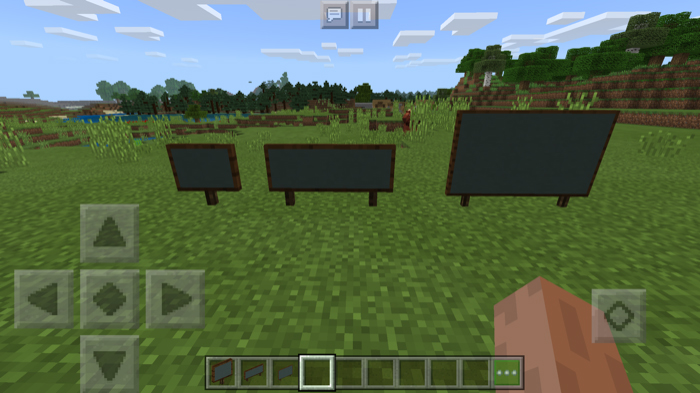 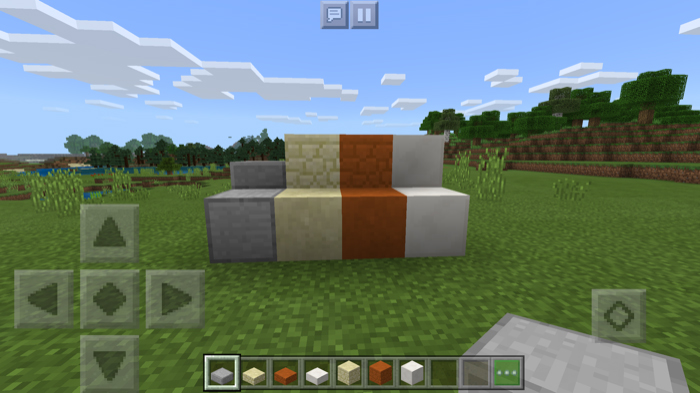 The redstone armor can be obtained by trading with an armorer (villager). 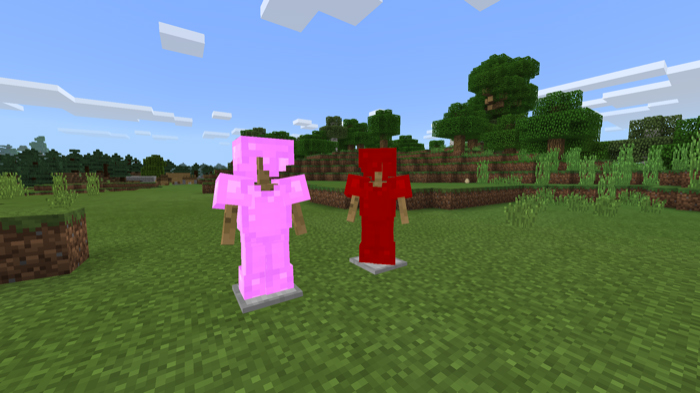 Apply the resource pack in Global Resources and use the slider to change the color of enchanted armor. 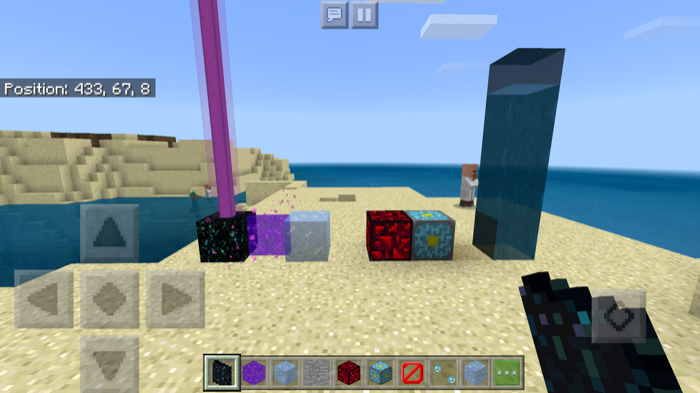