Big Venom City is a large city which is still a work in progress. It’s a realistic city with lots of different areas to explore. Some include a suburb, an airport and even an army base. If you like to go out exploring then you will likely find this city interesting as it got a large variety of things to explore. And since it’s far from being completed you can expect more updates in the future!

The city is in constant development, and that’s even true for some of the structures in the map like this construction site.

A nice suburb in the outer part of the city.

Leading into the city is a big highway. Currently it just leads in one direction but it’s likely the city will expand further in a later update.

In the center of the city you will find many different types of buildings. Some include a CIA (Central Intelligence Agency) headquaters and a hospital.

An airport is a must for any major city. Here you will find jumbo jets and even an airplane coming in for landing.

The central part of the city is crowded with shops, office buildings and skyscrapers. There are lots of things to explore in this amazing city! 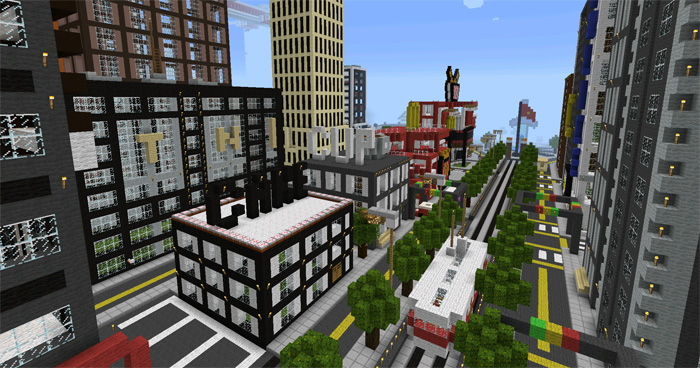