BlockGears is the perfect map for anyone who enjoy racing. You’ll be able to select among three different racing tracks and in each one you’ll be driving a different vehicle. The vehicles include a Ferrari 458, a dirt bike and a Formula One car. It is a really awesome map which includes a great variety of experiences and it’s probably best played with friends!

Select a race track by stepping on one of the pressure plates in the hub. Right now there are three different tracks but one more is expected to be added in the near future.

Just remember to install one of the vehicle add-ons before entering any of the tracks. You can find links for those further down on this page.

Mega City (Requires Formula One Car Addon): This is a car race suitable for up to four players. This track is the largest track and mostly so because of the speed of the vehicle. 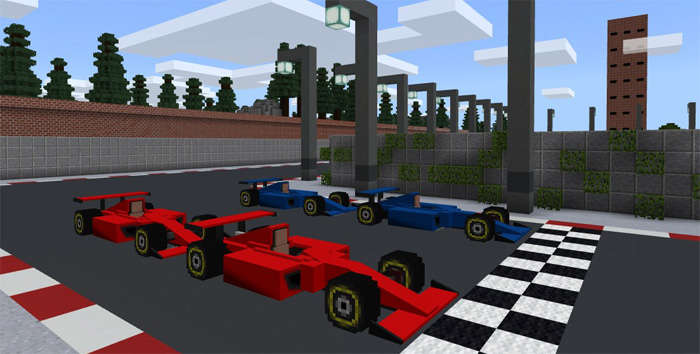 Surrounding the track are buildings, trees and other structures such as this amazing billboard. 😉 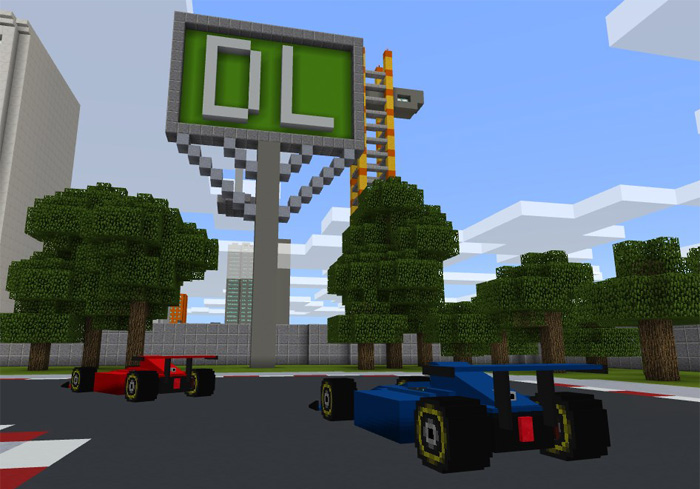 Downhill (Requires Dirt Bikes Addon): This is a dirt track for dirt bikes which includes multiple obstacles which you need to avoid and sometimes use to your advantage. 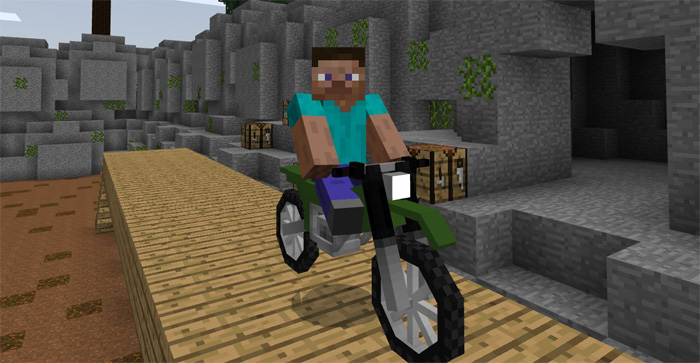 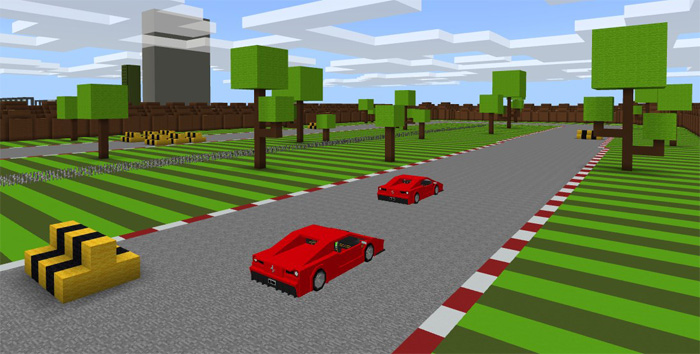 Important note: This map consists of three different race tracks and in each one you will need to activate a separate addon. You cannot use all of the addons at the same time due to compatibility issues.