This add-on replaces some items in-game with modern weapons and a soldier armor set, and it also replaces a mob with a military vehicle. Turn Minecraft into a more realistic world with modern weapons. All weapons have been made to be as realistic as well both in terms of functionality and textures. As a whole, it’s probably one of the top weapons add-ons currently available!

Tactical Armor Set (Chainmail): A soldier armor set which appears to be based on the Marine Corps Combat Utility Uniform.

Block of Dust Bomb (TNT): It’s a timed explosive which got a bit longer fuse than an ordinary TNT. Besides the explosion, it causes some fire.

Grenade (egg): An explosive which you can throw. 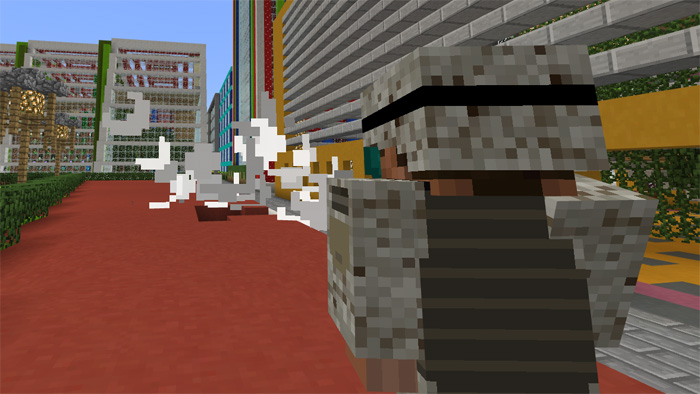 M1911 Pistol (Fishing Rod): A pistol which is perfect for shooting zombies! 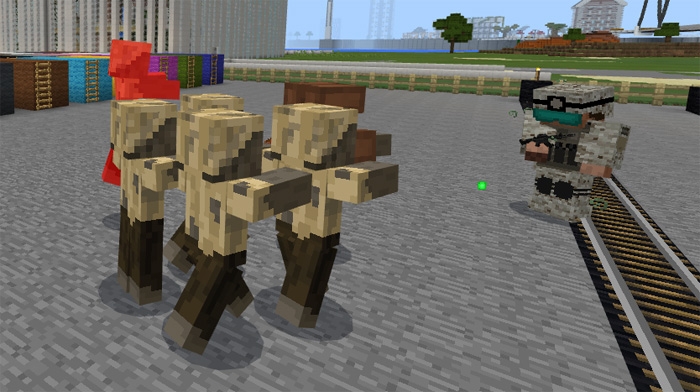 M95 (Sniper Rifle) (Bow): The M95 is a bolt-action sniper rifle which makes it perfect for eliminating your enemies. (Zoom Effect. Weight: Max – You can’t walk while holding this weapon.)

M249 Gun (Experience Bottle): The M249 is a light machine gun which is able to quick and efficiently take down the enemy. 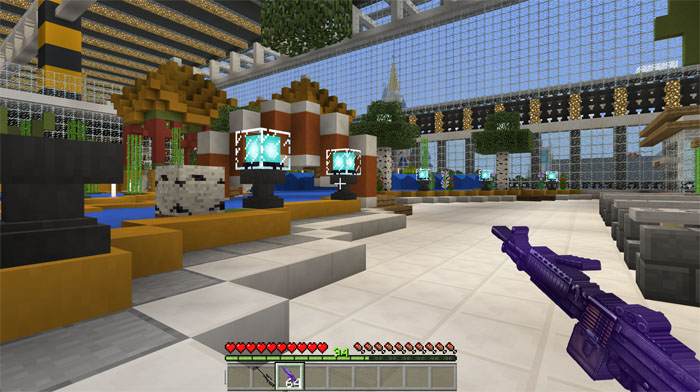