Fight for king and country in a war against the other team which preferably should consist of both players and non-player characters. You can also spawn in your own guards who will help fighting the other team. Castle Wars is supposed to be an intense battle with lots of fighting and there’s just one way it’ll end. Either you will win or you will die trying.

This map can be played in singleplayer or multiplayer and you will decide this by pressing one of the buttons in the beginning of the map.

The guards of both teams will automatically start attacking on another. They are friendly toward players. 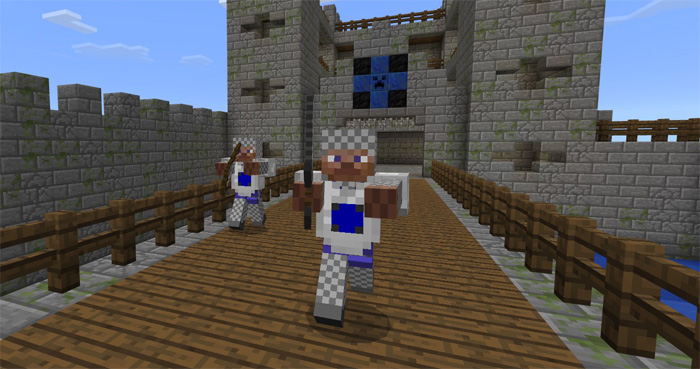 There are two ways to win a round. Either you can steal the other team’s mascot and bring it back your castle and announce it in the chat or you can kill everyone of the opposite team.