Cavern is an addon that makes caves and the end have more variety. Currently Minecraft has 3 rocks: Granite, Diorite, and Andesite. Cavern adds more rocks and 33 total blocks, including rocks, polished rocks, ores, and other decorative blocks. More rocks, ores, and features will be added in the future! Tell me what you think and give suggestions for new things in the comments! 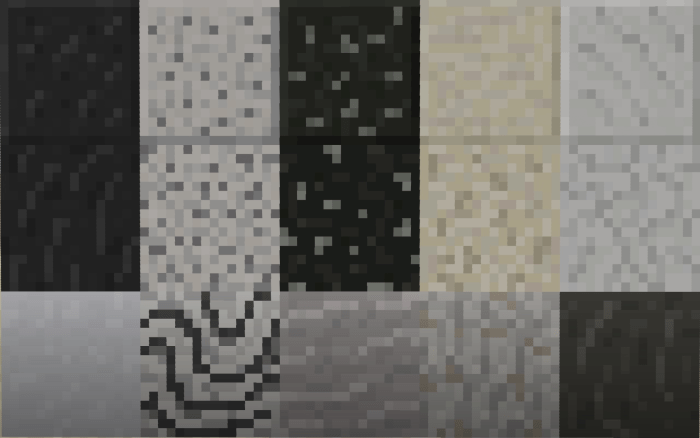 All of these rocks generate naturally, and many can be crafted. Polished variants are crafted like any other polished block, as seen below. 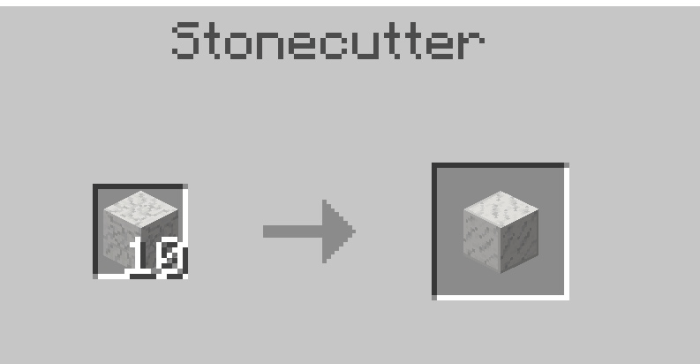 In Vanilla Minecraft, Granite, Diorite, and Andesite have crafting recipes. Even though these are rarely used, I thought it would be fun and make this addon fit better in vanilla if I gave them crafting recipes as well.

Slate is matte black block that can be crafted with 2 shale and 2 basalt. It also generates underground below y-level 40.

Dacite is a white rock with specks of black dotted across. It can be crafted with 2 rhyolite and 2 andesite. It also generates the same as vanilla rocks. 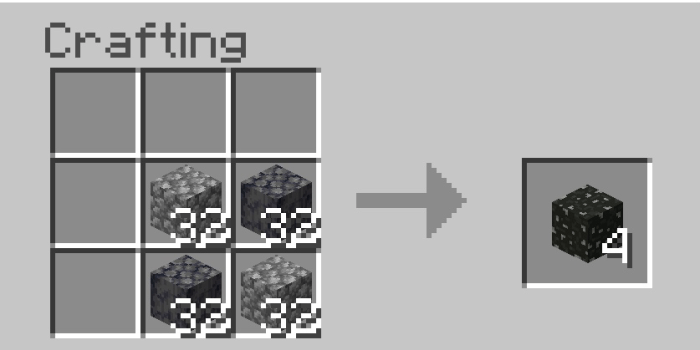 Gabbro is a dark green rock dotted with light specks, it’s crafted with 2 cobblestone and and 2 basalt. It also generates the same as vanilla rocks.

Limestone is a cream colored rock that is crafted with 2 Nautilus Shells and 2 Cobblestone. It is found exclusively in ocean biomes. 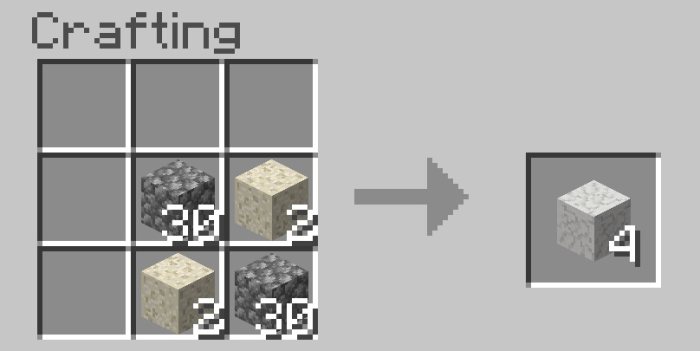 Marble is a white rock that is crafted with 2 Limestone and 2 Cobblestone. It generates underground below y-40.

Gneiss is a white rock with black bands. It can be crafted with 2 Granite and 2 Quartz. it generates below y-40. (Note that this picture shows an old texture of Gneiss.)

Rhyolite is a grey rock with a rose tint (the rock shown is an old texture). It is crafted with 2 Stone and 2 Granite. It is found just like any other Vanilla rock.

Shale is a dark grey rock that is crafted with 2 Quartz and 2 Clay Blocks. It is found just like any Vanilla rock.

Shale is a dark grey rock that is crafted with 2 Quartz and 2 Clay Blocks. It is found just like any Vanilla rock.

Diatomite is a white rock/sediment that is found on the sea floor of ocean biomes (below y-45). When broken, it gives Diatom Powder, which currently has no use. When this powder is crafted into a 2×2 square, you get the Diatomite block back.

Below are some pictures of some natural generation. Note that these not all generation looks like this, since I chose areas that had more of the new rocks visible. You may also notice that there are more rocks the deeper down you go. 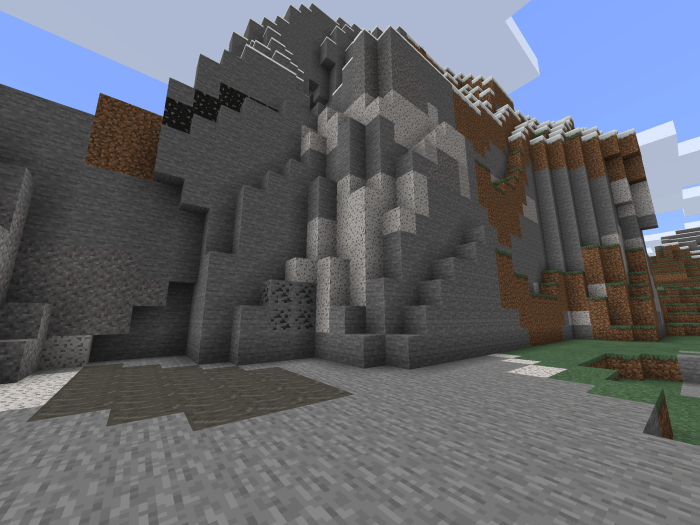 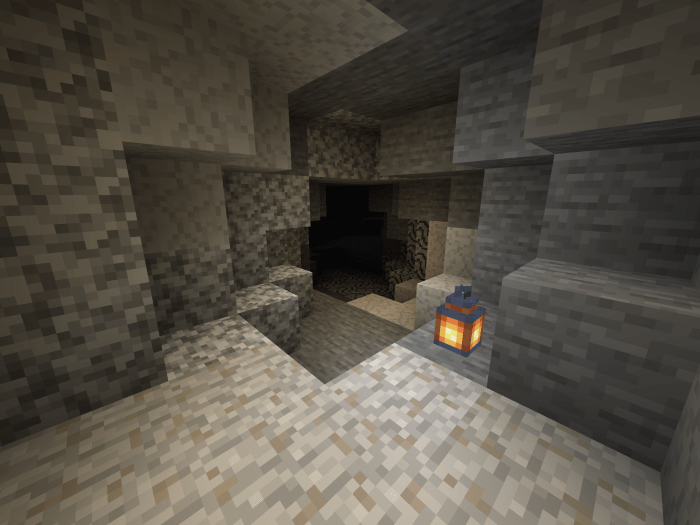 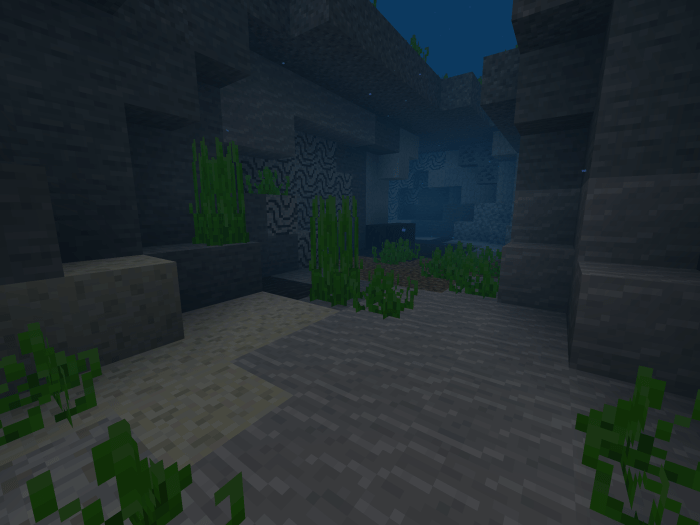 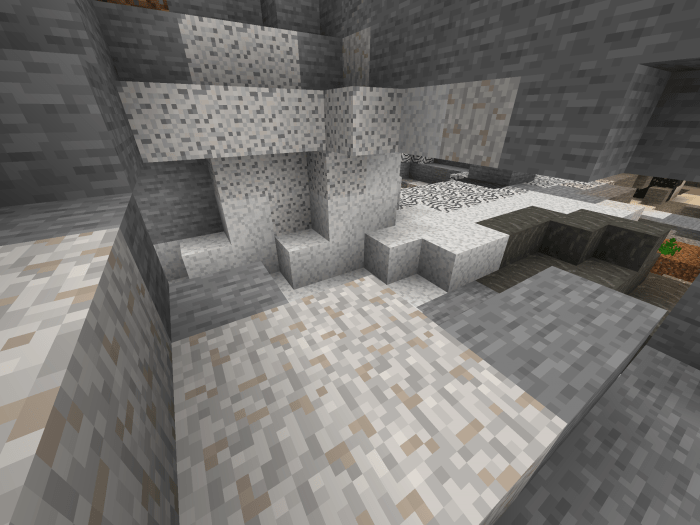 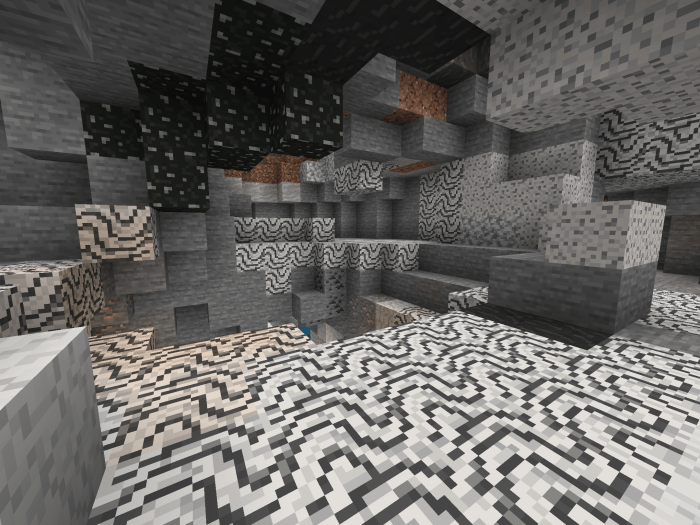 End Stone has been retextured to have a more sandy look. You can now also use End Stone instead of Cobblestone in some crafting recipes such as brewing stands, droppers, dispensers, furnaces, levers, observers, and stone tools.

End Sand is a new block that generates in the End. It can be used in place of Sand in the crafting recipes of concrete powder and TNT. It can also be smelted into a new glass variant, End Glass!

End Dust Block is a new End block that drops End Dust. End Dust will have many uses in a future update, but for now, it can only be crafted back into it’s block form in a 2×2 crafting grid.

Purpur can no longer be crafted from popped chorus fruit, instead in needs to be mined from Purpurite Ore veins that generate all around the End. Purpurite Ore drops purpurite, which can be crafted into Purpurite Blocks. From there, it can be crafted into new polished purpur by putting the purpurite blocks in a 2×2 crafting grid. Polished Purpur  can then be put in a 2×2 grid to craft Cut Pupur (vanilla purpur). All of these blocks are also craftable in the Stonecutter.

Pearlstone is a new cyan rock that generates in the End. It is found below y-50. It can be crafted into Polished and Cut blocks the same as Purpurite Blocks can. Pearlstone can also be crafted into Enderpearls by putting 5 of them into a plus sign, or by using the stonecutter.

Voidstone is a new dark purple rock that generates in the End below y-30. It can be crafted into Polished & Cut variants, just like Pearlstone and Purpurite.

Obsidian can now be crafted into obsidian bricks with a 2×2 crafting grid recipe.

Gilded Obsidian is a rare block only found below y-25 in the End. Currently, it only drops itself, but it will drop diamonds in a future update.

The End Lamp is a new light source block that can be crafted with popped chorus fruit and blaze powder. 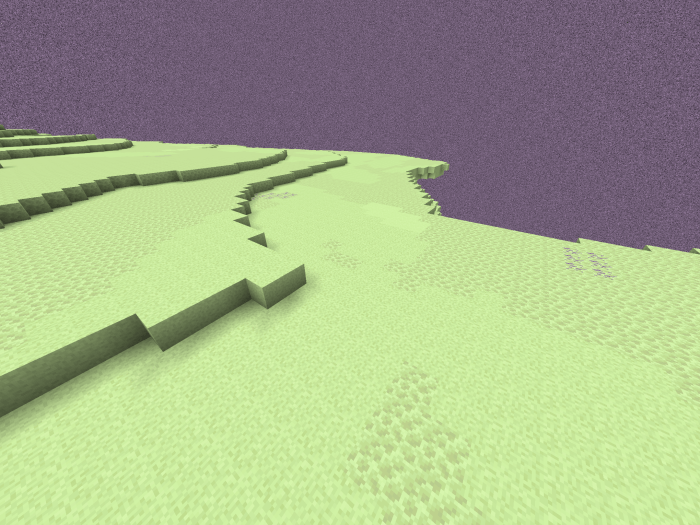 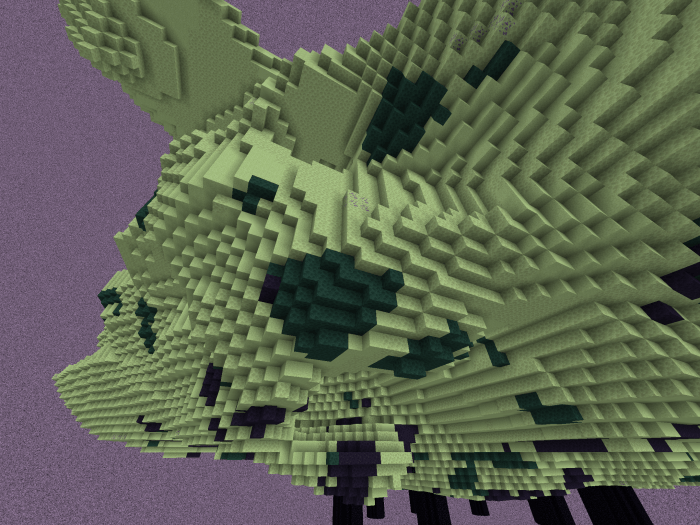 You are free to edit this addon for personal use, but you may not upload a modified or normal version of this addon to another site, or take credit for my work.

You may feature it in any Youtube Video, but please link back to this page. (Also let me know if you do, I’d love to see it!)

All of the blocks are broken at the same speed and can be broken by hand regardless of your tool.

Blocks also do not show up in the creative inventory, they can only be obtained from crafting, mining, or commands.

The new rocks don’t generate after leaving your world for the first time. I recommend flying around in creative in the Overworld and the End to generate this custom generation.

End Glass sometimes has an odd shadow effect when placed.

These are issues with Minecraft and cannot currently be fixed.

https://discord.gg/FAS96TFsU9
Join my Discord server if you want to submit suggestions, give feedback, see new features before they are uploaded here, or play the addon’s latest beta release.
Changelog View more

- Changed the link to Dropbox

Updated the pack icon and the title of the page.

See the article above for a more detailed description

Make sure to enable experimental features!

To get this addon download either the ZIP or MCPACK files in the Dropbox link. All of these files are downloads directly from Dropbox, so you don’t have to deal with sketchy ads and viruses from Link Shorteners. These links will always be safe to download.

If you don’t know how to apply addons to Minecraft, I recommend looking for a tutorial on youtube for your device. If these are not helpful, you can join my Discord server and I can help you there. I only have experience on iOS downloads though.