Chronycles of Meraghyl is a great adventure map with a playtime up to 6 hours if you intend to complete all quests. It’s an open world adventure which takes place in the land of Meraghyl. The main objective and story revolves around a deadly plague which is sweeping the land and striking several towns. The story is amazing and there are lots of side quests to take on. 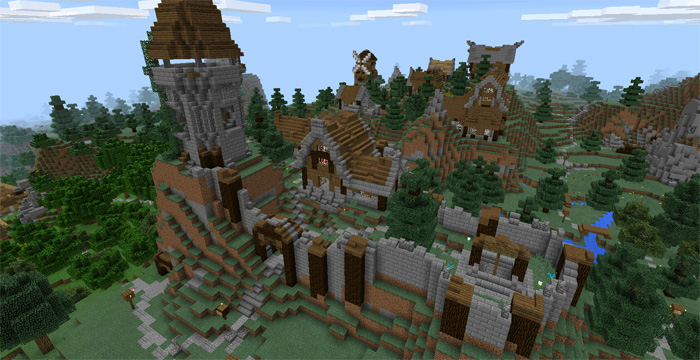 You are a brave adventurer always looking for new quests to achieve. Recently you’ve traveled to the land of Meraghyl to save its citizens from a deadly plague which sweeps the land.

It’s more difficult than what you had imagined but there must be a way to stop this deadly illness once and for all before the entire world is doomed.

Instructions: As it is an open world adventure there are lots of side quests which you can start. But we do recommend you to follow the main storyline and you’ll gradually come across most quests in the map.