The Craftsmen Flintlocks Mod adds a new workbench to the game which can be used for crafting weapons based on the ancient ignition mechanism known as flintlock. There four different types of upgrades which can be combined in any combination you like to customize the weapons just the way you want them.

Besides the bow in the non-modded version of Minecraft there isn’t any other firearms. This mod try to change that while still maintaining a fair and balanced power of the weapons.

The Craftsmen Workbench is used to create the new weapons. It works different from an ordinary crafting table so let us walk you through how to properly use it. 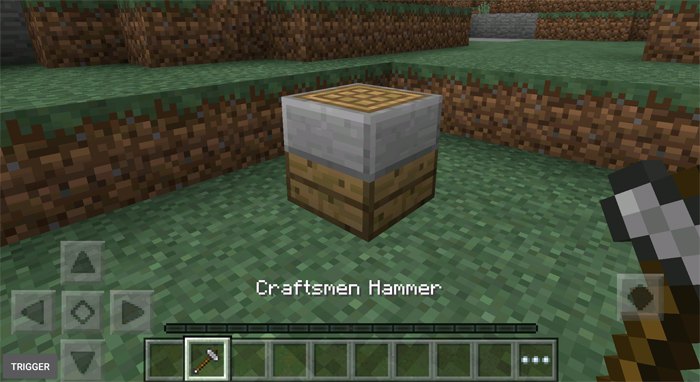 To properly use the workbench tap on it with all the ingredients a recipe require and then tap on it with the Craftsmen Hammer to obtain the crafted item.

First off you need to craft the base components required for building the rifle. These components are crafted in an ordinary crafting table.

Once you’ve obtained all the components it’s time to build the rifle using the Craftsmen Workbench and a Craftsmen Hammer.

Tap on the Craftsmen Workbench with each component in the order as they are listed below:

Before being able to use the gun it has to be loaded with some bullets. Craft the bullets using a normal crafting table.

The Basic Bullet can be used as ammunition for the Basic Flintlock Rifle. It doesn’t have any long fire range and isn’t especially dangerous to be hit by. To use the Explosive Bullet you will need to upgrade your rifle to support such ammunition.

Tap on the Trigger button in the bottom-left corner to shoot.

You can upgrade your Flintlock Rifle using the Craftsmen Workbench.

First you need to craft each upgrade using an ordinary crafting table:

You can use 1-4 upgrades for a single weapon. In this example we’ll just use the Long Range Vision Upgrade.

Tap with the items on the Craftsmen Workbench in the following order:

And as you can see an upgraded weapon appears on top of the workbench. 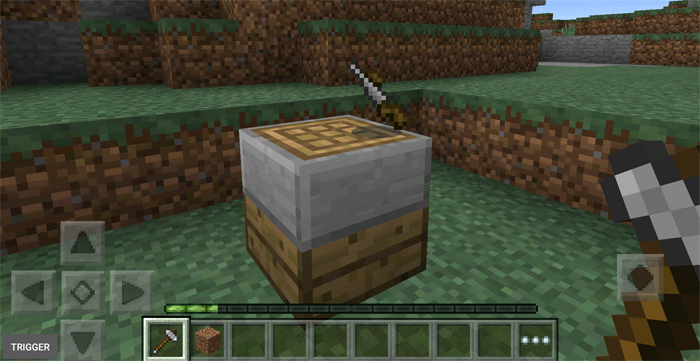 Whenever holding the weapon it will have the upgrade enabled. It’s not possible to downgrade weapons. But you can have multiple guns with different upgrades.