The Crazy Weapons Mod adds a bunch of crazily weird weapons to Minecraft Pocket Edition. Some of them include explosive chickens, a laser gun and a kitty bomb. It’s by no means realistic but that’s what makes the mod unique and fun to use. Although they are all weird in their own ways each weapon is in some way quite useful.

In total there are two types of weapons: melee and firearms.  Let’s have a look at what each weapon can do. 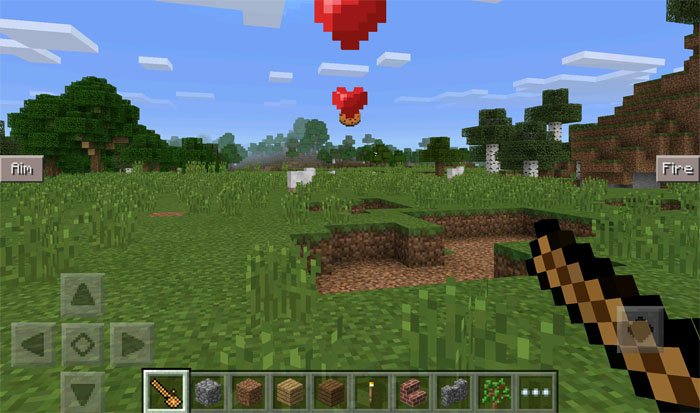 Hit a mob or tap on the ground to jump super high and on ground impact cause an explosion.

Shoots a white sheep and when it hits the ground it generates a tower of wool blocks. 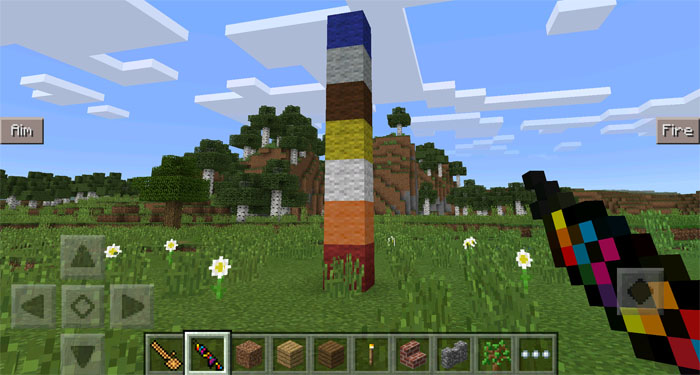 Causes the hit mob to be thrown up into the air and then drop down falling to in most cases a certain death.

Spawns a Shadow Guardian which will attack anyone trying to attack you, e.g. hostile mobs. 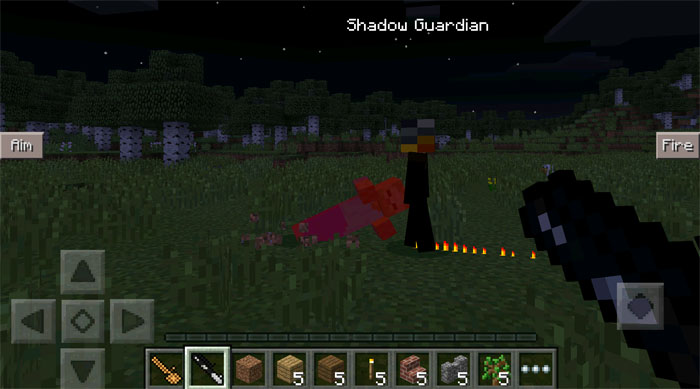 Hit a chicken and then watch it fall from the sky and explode. It’s like a kamikaze chicken.

Shoots a beam of laser. Destroys any blocks that come in the way. Doesn’t work on mobs.

Hit a mob and make it freeze to ice.

Hit a mob and make it burn in lava.

Tap on the ground with the bomb to spawn a bunch of explosive cats.

Tap on the ground to spawn a giant fire which will set anything on fire.