The Creature Hunter Mod adds 17 mutant creatures and a bunch of the new weapons to the game. Some of the creatures include a giant ant, a serpent-like Hydra and a large bumblebee.

It only exists as a Japanese version and this means all items and so on is written in Japanese. As a result, we were only able to review some parts of the mod. If you discover more things please let us know in the comments.

Some of the mobs appear to spawn randomly during the night. But if you don’t want to wait you can use one of the spawn eggs in the creative inventory. Most mobs can only spawn if difficulty is set to max.

Let’s have a look at all the existing mobs. This is the hydra and the giant ant which we mentioned earlier. Neither of the mobs are especially friendly, so watch out!

Here’s the rest of the existing mobs.

As you might have noticed there is a new graphical user interface. So far we’ve only figured out how to use the button on the right side. Equip a weapon and then tap on the button to automatically jump forward a few blocks. Basically it gives you a jump boost.

All of the weapons are quite powerful and their most likely usage area is for killing all the new mutant creatures as most of them have a lot of health and are difficult to kill.

Due to the fact that everything is written in Japanese we haven’t been able to translate a proper list of weapon IDs and recipes. All of them can be acquired in the creative inventory. 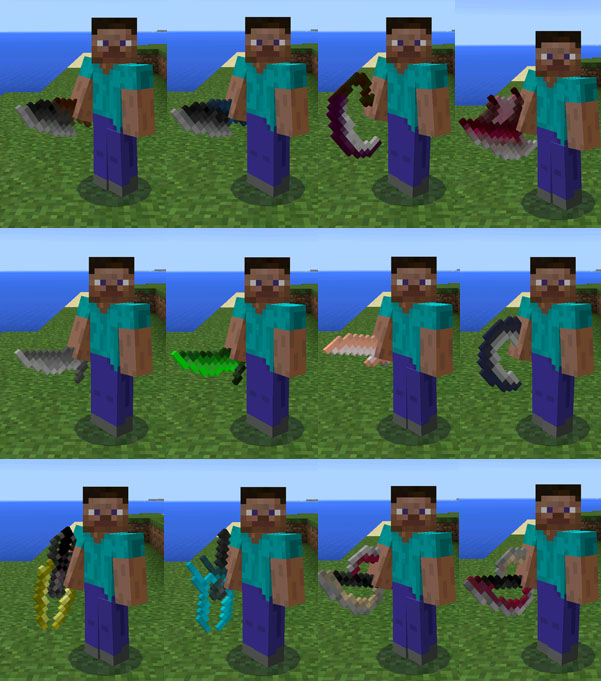 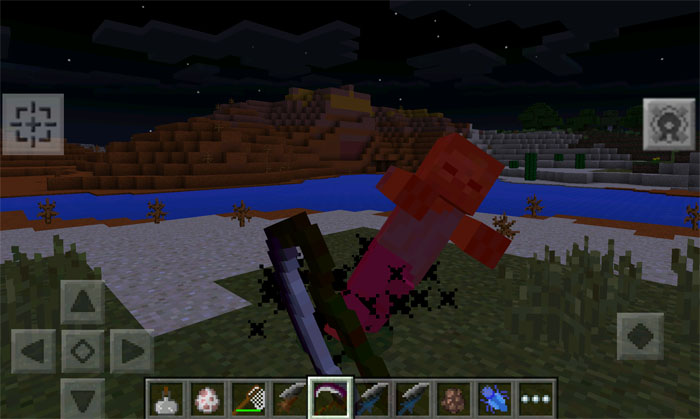 Another new item is the bug-catching net. If you tap on grass with the net it will sometimes catch some bugs. We haven’t yet been able to figure out what these bugs are supposed to do. A wild guess would be maybe they are for feeding the monsters? If you figure it out, please let us know in the comments. 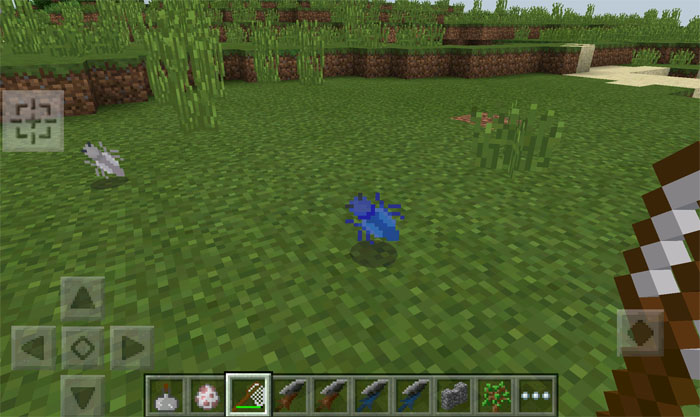