By ClouddSpiderr
Published on May 7, 2020

This addon introduces a new Blood Moon feature to your world! You’ll know the Blood Moon has risen when you see the deep red color of the moon on the horizon! With the blood moon comes an increased number of monsters and some monsters spawning that… normally shouldn’t spawn!

The Blood Moon is a gameplay feature I originally put together for HoneyCraft SMP, but have reworked to work on it’s own in vanilla worlds! Blood Moons also bring more immersion and atmosphere and makes survival hinge on players being aware of the movement of the heavens above! 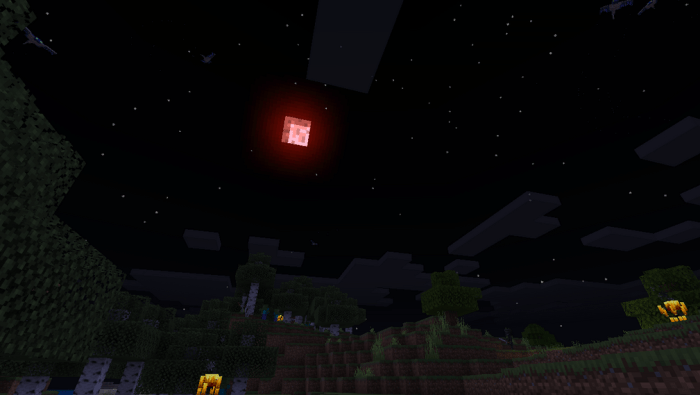 – Blood Moons replace full moons, and as such occur once every eight in-game nights.
– When a Blood Moon rises, an increased number of monsters will spawn; including monsters that usually do not spawn in the Overworld!

It really makes the flow of time/movements of the moon feel more impactful as survival can depend on not getting caught out during a Blood Moon! This addon also includes Fireflies, like those seen in CS_Fireflies. Unfortunately you can’t query the moon_phase in spawn_rules, so I had to use a separate mob to serve as a proxy spawner for blood moon mobs.. I’m sure you’ll love the depth and atmosphere the fireflies will bring to your nights!

– Fireflies will spawn every night in most biomes. They are harmless and make nightscapes more beautiful! They can be killed for 1xp and sometimes 1 glowstone dust. 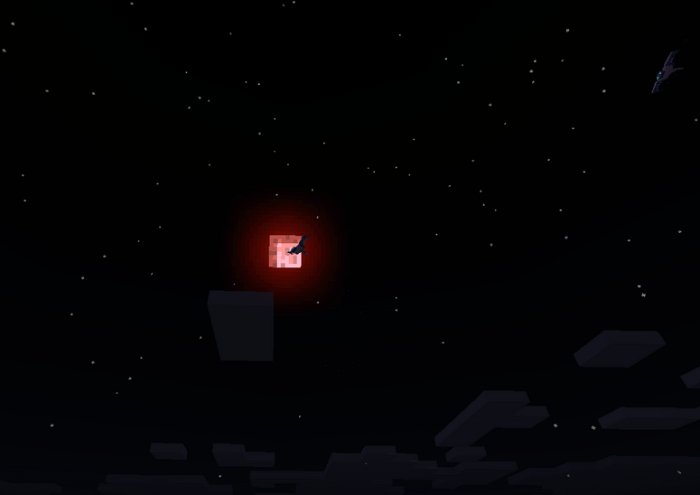 If you want to add/remove your own mobs to the Blood Moon spawn list, be my guest!!
Fortunately, this is a pretty simple addon so it should be pretty easy for folks to edit, assuming you have a basic understanding of json syntax!

In the area noted as ‘Blood Moon stuff !!’ at the top (see pic above) you can add or remove mobs to/from the blood moon spawn list. Just copy+paste one of the “minecraft:blood_moon_blah” components and add for a mob you’d like to add, or find the label for the mob you want to remove and remove it. Mind your commas!

Then, after that scroll down towards the bottom of the same file to where you see the next ‘Blood Moon stuff !!’ comment… 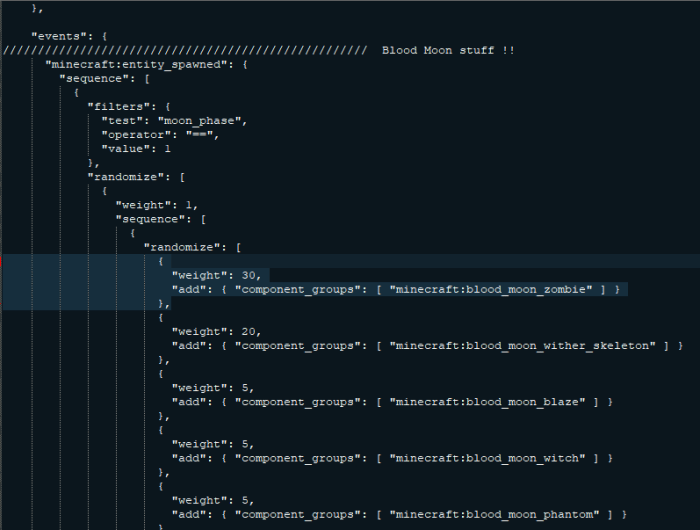 Here, do the same thing you did above, but with the a copy+paste of one of the components like highlighted above. To explain “weight” easily, it determines how likely/often each mob is to spawn. A higher number relative to existing numbers makes the mob more likely to spawn.

After that, simply save the file and load up your world! Super easy!


– Please give credit if you use it in your world/modpack/video/etc.
– Edit to your hearts content! Get creative and have fun.
– Comment below with questions, suggestions, or issues. c: