This is a replica of de_dust which is a map in Counter Strike: Global Offence (CS:GO). Since it’s a player versus player map it’s highly recommended to be played by at least two players but preferably more. Command blocks are used for teleportation inside the map and for things at the shop. It’s a really well designed map with lots of cool details.

Choose a team and then walk through the (waterfall) portal to teleport to your HQ. There you can either go directly into battle or go to the shop.

You probably want to go to the shop first as you will need a weapon when fighting. At this moment there you can only choose the AWP (bow) but hopefully more weapons will be added in the future. You can also get a golden apple.

There’s a gun range at the shop where you can do some practice shooting at targets.

Once everyone are ready then press the Play button to teleport to the map arena. You need to decide on the rules yourself. E.g., when players are supposed to start and so on. 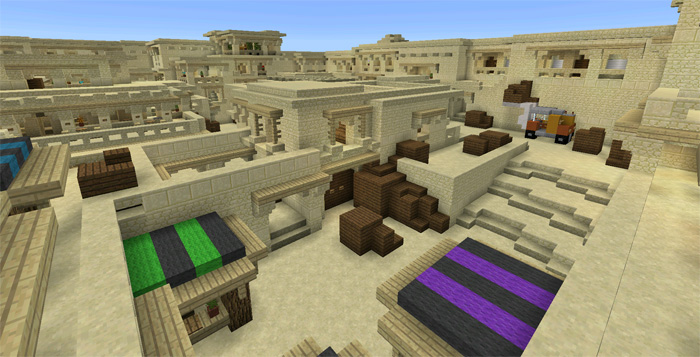 The map is super detailed and it’s very likely that you’ll recognize the map if you’ve played Counter-Strike in the past. 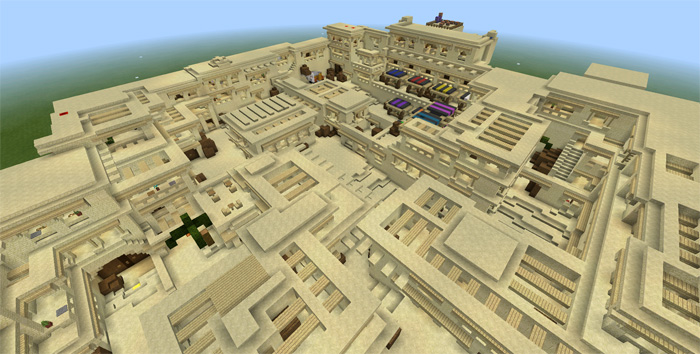 Important: This map requires alpha version 1.0.5 for Minecraft Pocket Edition. Android users can sign up for the alpha here!