Easily track and count the struggles you went through your adventure. Know the hard thoughts you went with the Death Count; or the great foes you defeated with the Kill Count all in this add-on!

Both counter cycle for every second (40 ticks). You don’t have to switch to each counter, as it automatically does it. 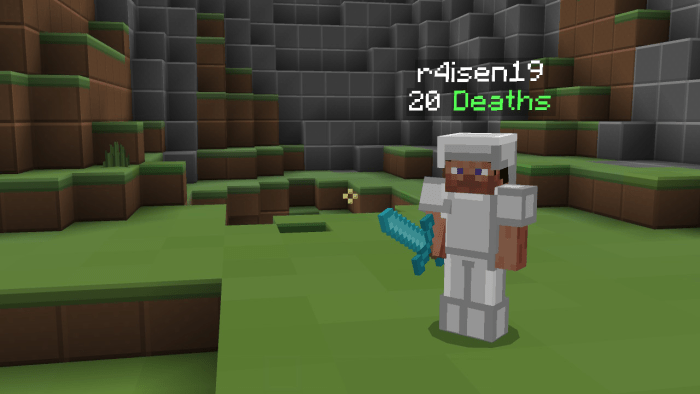 The Death Counter tracks how many times the player has died in-game. It is displayed below the player’s name in Multiplayer/LAN, and on the list in the pause screen.

The Total Deaths is also displayed on the list. This counts the number of combined deaths from players in the world. 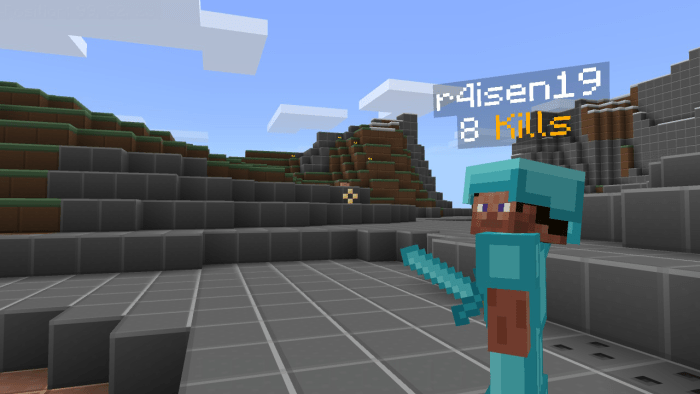 The Kill Count determines how much players you killed in the world. Note that the Kill Count may be quite unstable, and may only count the kill if you killed the other player directly. It is displayed below the player’s name in Multiplayer/LAN, and on the list in the pause screen.

The Total Kills is also displayed on the list. This counts the number of combined kills from players in the world.

I have implemented some aura, which in the moment is not yet customizable. The aura you see in particular emits once you have hit a player, and it’ll last for a moment unless if you keep hitting a player.

A particle effect will also appear only when that player is killed by another player.

To reset the counter, simply do the following command, each will reset the count respectively for a player, or for everyone in general. The count will not be reset even if you leave the world, unless it gets corrupted or manually done.

Note that due to technical limitations, the Total Deaths or Total Kill count will not be updated accordingly to how you reset or modify the counts. This may be changed in the future.

(Note: Don't notify this update to everyone)