This add-on allows you to domesticate mobs and it allows them to yield more drops and gives them more variants. There are male and female mobs, so keep a loo out on their distinct features. The male mobs can retaliate except for the rooster, the bull and the hog WILL knock you off! The domesticated mobs also drop manure.. as they do in real life because this will give them a solid purpose for domesticating, don’t step on them!

Pigs, chickens, and cows are now unmodified. They’re not buffaloes, dodos, or boars anymore because no one asked for that. 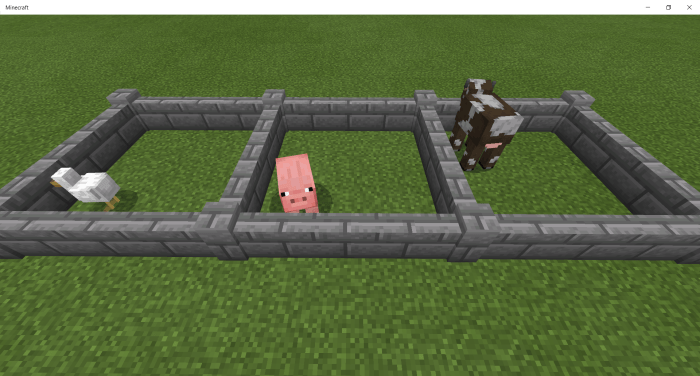 Domestic mobs will drop manure from time to time (except for the domestic chickens) so watch out for that.

To domesticate the mobs mentioned above, use the following items:

The domestication process will take 5 seconds and the mob will start to shake as soon as you feed them the items mentioned above. 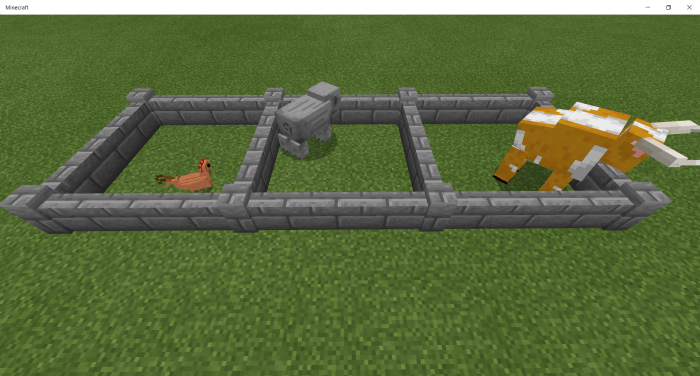 To speed up the growth process, feed the babies wheat.

You can milk the female cow.

A bull has no horns when it’s a baby, but they will grow up eventually.

The bull’s behavior is ‘neutral’, meaning they will relentlessly chase and attack you if you hit them.

You can get knocked back when you get attacked by the bull.

Babies and female cows are peaceful.

Special feature: Bulls knock you back 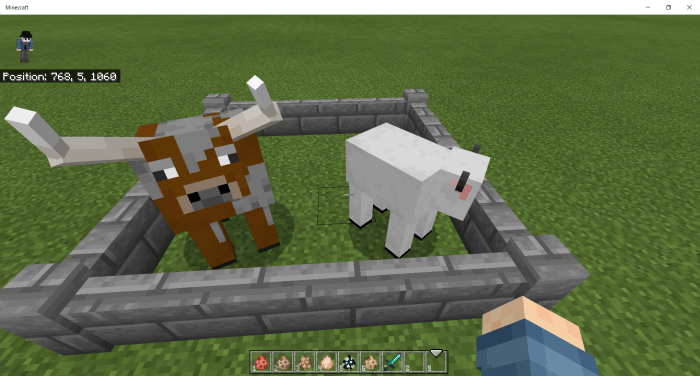 To speed up the growth process, feed the chicks bread.

The hen can lay eggs.

When domestic chickens are bred, the hen will spawn the egg entity.

The egg entity will either hatch or despawn between 3 to 5 minutes.

When the egg entity hatches, it spawns a chick.

The domestic chickens are all peaceful, they won’t attack you.

Special feature: When bred, the hen lays an actual egg and it spawns a chick after it hatches. 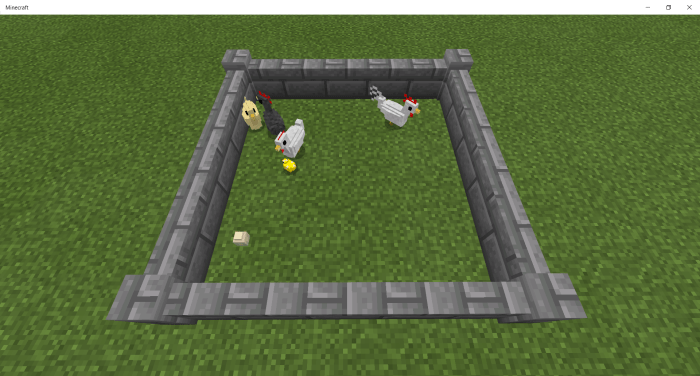 To speed up the growth process, feed the babies potatoes.

Hogs have tusks on the side of their snouts.

A hog’s behavior is ‘neutral’, meaning they will retaliate if you hit them.

When the domestic pigs are on top of the block ‘Podzol’, they will become muddy pigs, a small reference to Minecraft: Earth.

To clean the pigs from the mud, splash them on water. Meaning they should land on top of the water first to be able to remove the mud. 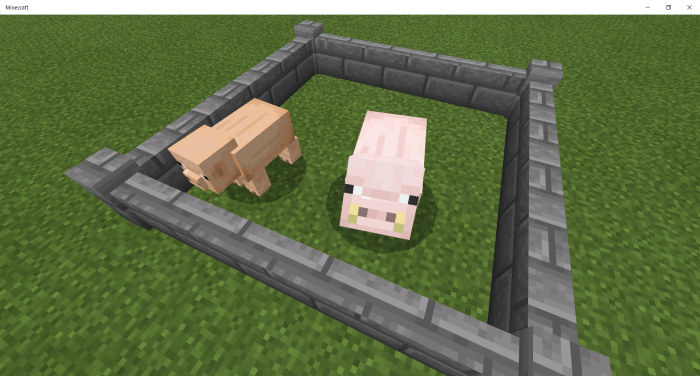 How to breed domestic mobs

Dropped by domestic pigs and cows.

When stepped on by the player, the manure will pop and will give the entities in a small area nausea, slowness, and poison.

When left out for about 3 to 5 minutes they will POP with the effects in a small area of effect.

When killed by the player, it will pop.

You can collect manure using shovels by interacting with it.

Once you collect the droppings, you can either craft them into a block or convert them into bonemeal.

These are made up of 9 items of said material and can be converted back to the singular item.

Creator’s notes: “I literally had to make pixel art of pig and cow waste with their block versions! I had 2 images for reference as well. I was gagging and almost vomited half-way from doing the pig waste because I have relatives who take care of pigs (they still do to this day) and I know what they smell so long story short, I can smell my screen knowing what I’m making.” 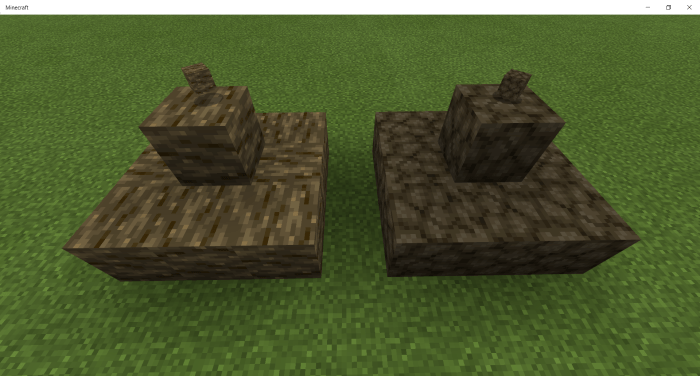 You can also place them!

To place them, use the “Item ground ( Domestic mobs )” and interact with any item from the add-on to display them. 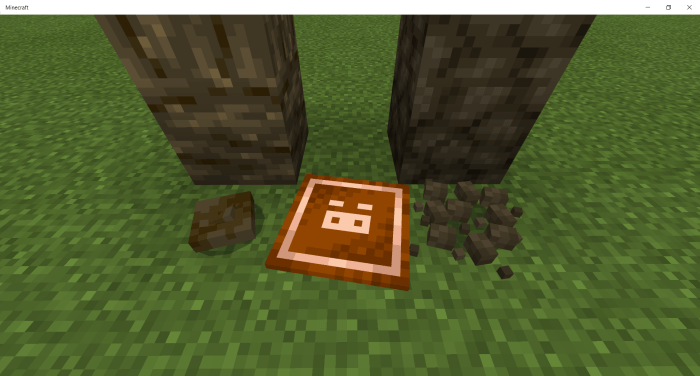 You can now use netherite shovels to pick up manure