This seed is really unique as it generates a double ocean monument (or rather two ocean monuments next to each other) very close to spawn. One of them look quite weird as parts of it has been destroyed. This is likely due to the fact that it’s been cut off by the other monument. To use this seed you will need version 0.15.9 or above of Minecraft Pocket Edition.

Once you’ve spawned make sure to drink a potion of night vision. That’s assuming you are in creative mode. It will still be possible to find the ocean monuments if you are in survival but it will be a little bit more difficult.

The spawn is on a medium sized island. Position yourself as seen in the image down below and then fly straight forward. 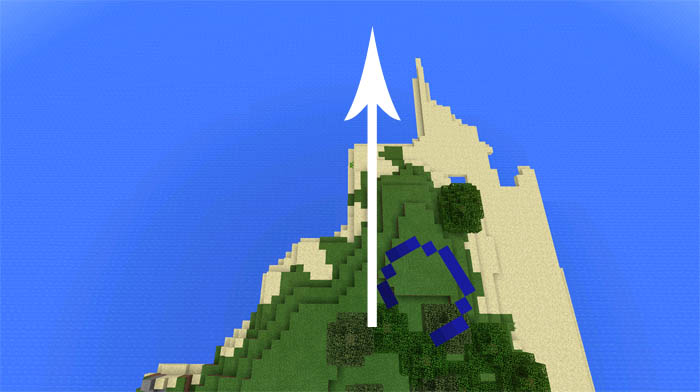 After a while of flying you should be able to spot the outlining of the two ocean monuments.

The monuments have been generated right next to each other creating this very rare seed. Here you can see one part of the monument which has been destroyed for some reason, probably due to some generation error.