Dragons! Everybody needs a pet dragon (or two) but you’ll have to be brave and lucky! Mostly lucky I think. In this first release we have two types of dragons (and a whole bunch of Dragon Hunters). 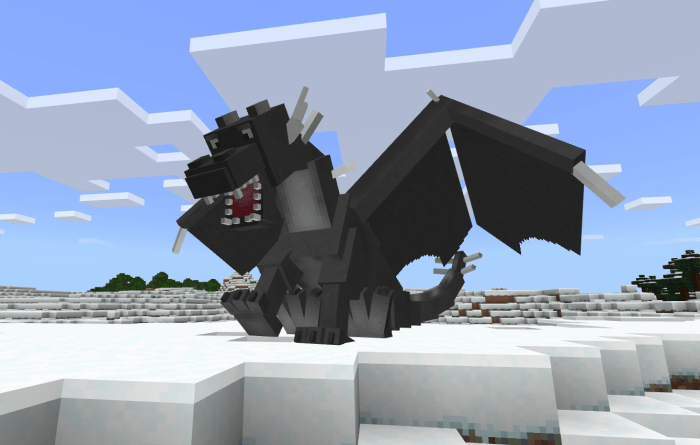 Step 1: Find a Dragon Scout. You can find him wandering the Plains biomes during the day. He is neutral (towards the player, not towards chickens or butterflies).
Step 2: If you’re ready for a fight, give him a tap and he’ll turn aggressive towards you. Defeat him and he’ll blow his horn which reveals (ok, it actually creates) the nearby band of Dragon Hunters. These hunters will immediately attack you, and they’re not easy to defeat.
Step 3: Defeat the Dragon Wizard. He’ll drop a Ferox Dragon spawn egg.
Step 4: Spawn the dragon in and attempt to tame it with cod. 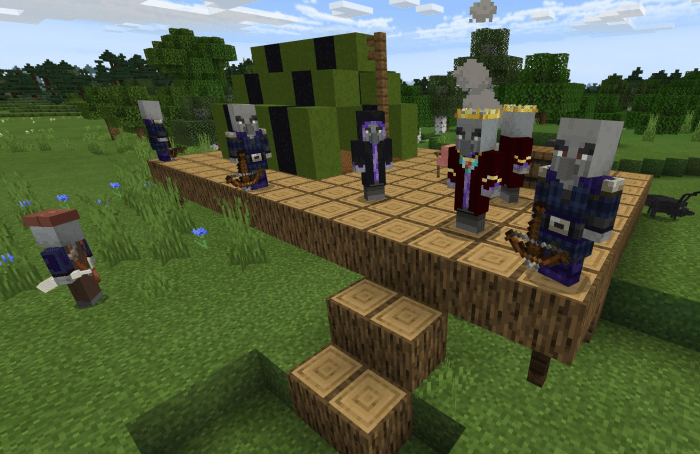 Much harder to find, but much cuter. You’ll need to find yourself a Snowy Taiga Mountains biome and wait for sunrise or sunset (they don’t spawn at night or during the day). The black ones are not tameable. If you find a non-black one, you may attempt to tame it with tropical fish (aka clown fish). 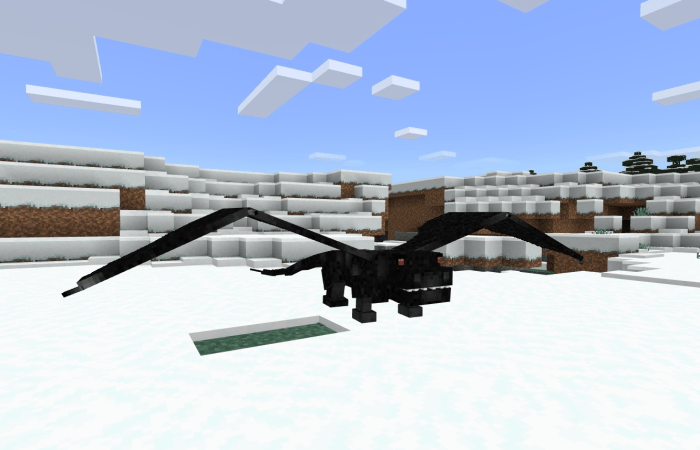 PrinceMJ did a very nice review, thank you sir!

The easiest way to obtain this is to defeat a Dragon Armorer. You can also craft this armor with four netherite ingots in a 2×2 pattern.

You need to add a saddle, once done, interact like you were riding a horse and then look up and jump. Once in the air you just look up to fly higher and look down to fly lower. Easy! 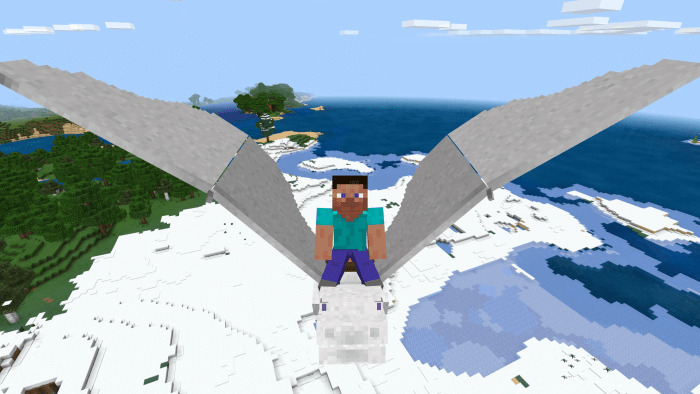