YOU MUST BE PLAYING IN THE BETA IN ORDER FOR THIS ADDON TO WORK!

Adds Drowned variants of Zombie Villagers in to your selected worlds. Mob texture is based on Hollowly’s Drowned Villager submission on PlanetMC, and submissions from Novaskins.

As of v.1.0.3, if you would like to have the old Drowned Villager model instead of the updated one in your world, you can do so by activating the Old Model Patch resource pack that comes with the new files you downloaded. You must have the patch resource pack loaded on top of the new resource pack in order for it to properly replace the new model 🙂 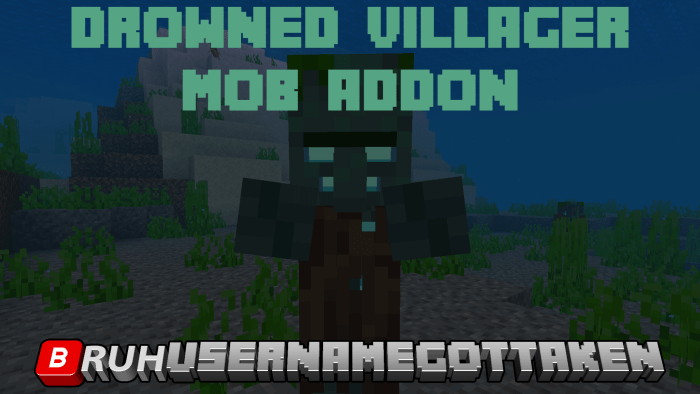 How do Drowned Villagers spawn?

They will also spawn once a Zombie Villager has drowned, just like that of a normal Zombie drowning and becoming a Drowned. Professions and Levels do not carry over, therefore they are not able to be cured once drowned.

Do they behave differently to normal Drowned

They do, however, rarely drop Emeralds instead of Gold Ingots (as of v1.0.3), obviously because they are, or rather were, Villagers.

Are there any other additions or changes made with this addon?

The only other things this addon modifies are the behavior files for Zombie Villagers and the spawn rules for Drowned: 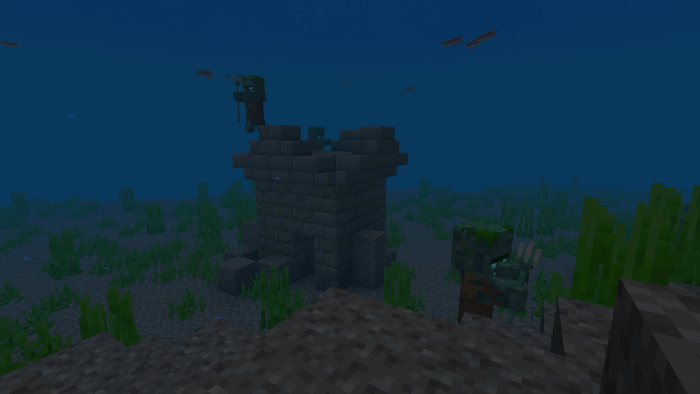 There was once a bustling Village here. Now it is a cracked, and mossy ruin. The old, zombified residents seem to still feel connected with it. 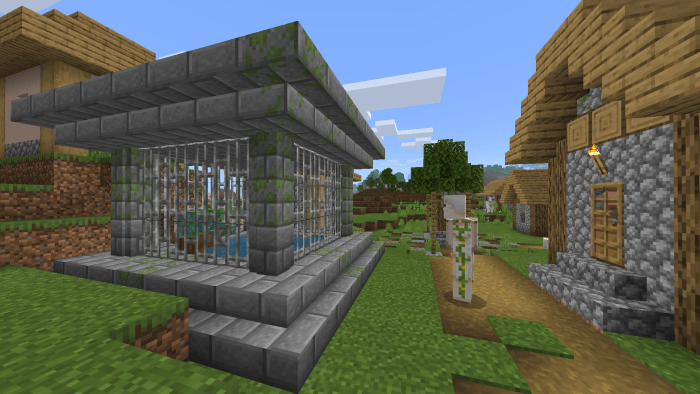 The surface dwellers are not so welcoming when it comes to meeting the old residents. 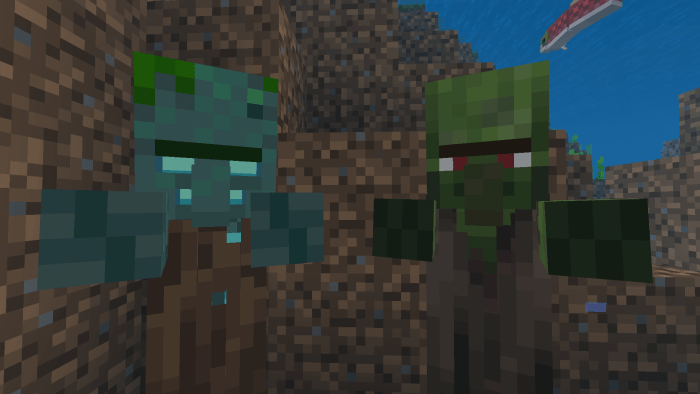 Drowned Villager against a Zombie Villager. 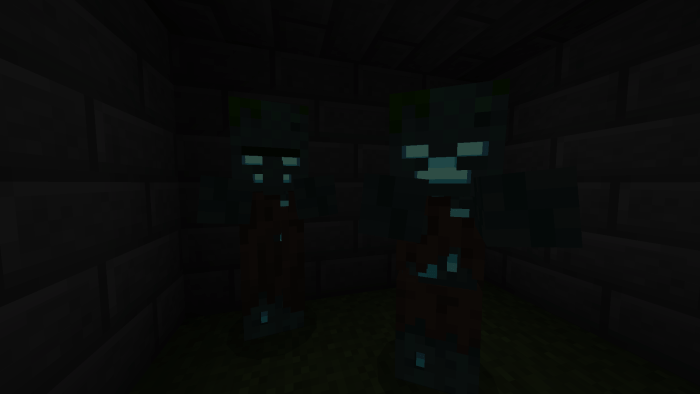 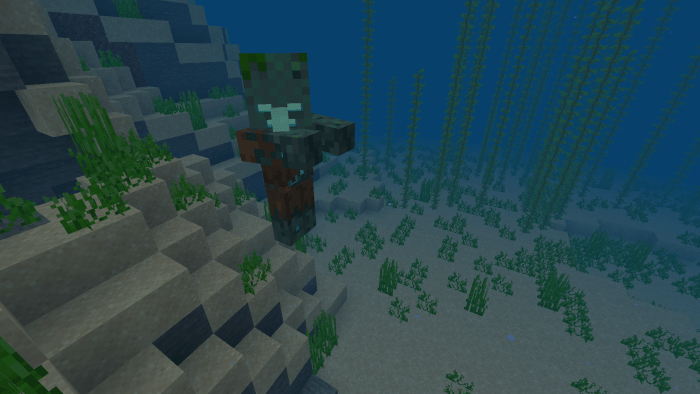 (alpha) Profession: Monster. Skills: Good at being a nuisance to deep divers. 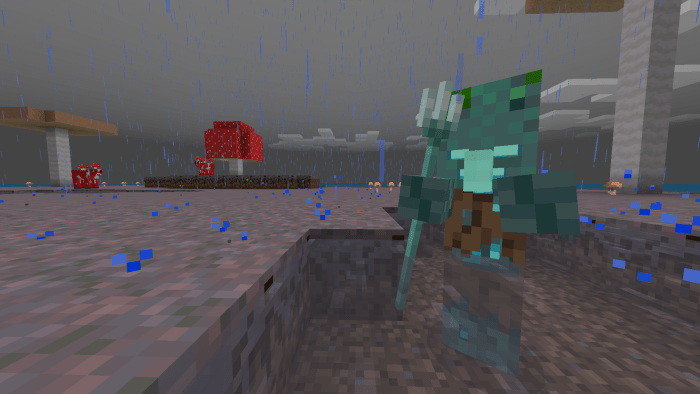 (alpha) Drowned Villagers can spawn with Tridents in their main hand. 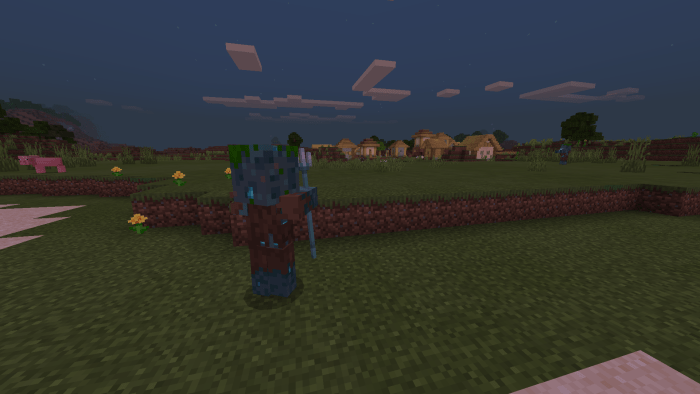 (alpha) They also don’t like surface dwellers at night… 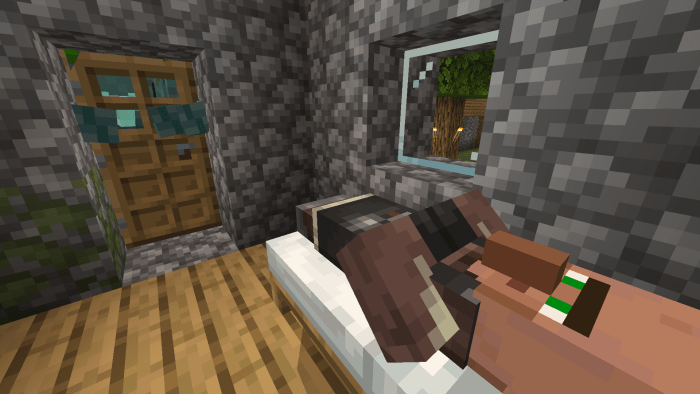 (alpha) Not this Villager’s greatest night. 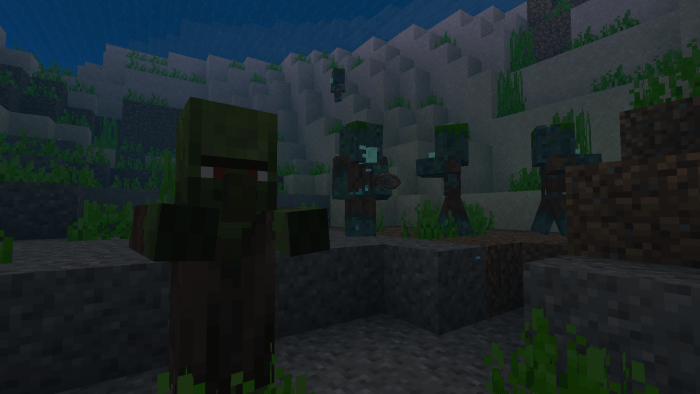 (alpha) Zombie Villagers will begin to shake when they stay underwater for too long. This is how they change. 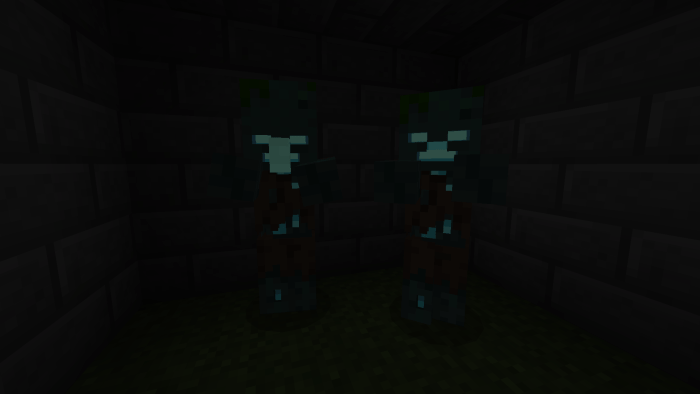 (alpha) Drowned Villagers can even glow in the dark just like their Drowned counterparts!

Unfortunately, it looks like I will not be able to make a 1.14 version :(. Due to how the modding API is implemented for that version, I can’t really get my head around it, and so basically the swimming animations on the mob are broken. I will keep trying though. If all else fails, i’m sorry 1.14 players.

If you have any concerns, bugs, issues, or anything to report please let me know friends 😉

It is highly recommended for those that do report a bug that you provide to me the way to reproduce your reported bug and the version of Minecraft you are playing on, this is to ensure that the bug can be confirmed by me and be fixed for the next update.