The Elemental Armor Mod lets you craft an infusion table which can be used to obtain three different types of elemental armor sets. Each set of armor includes special abilities when worn and you can combine multiple parts from different armors to get all abilities. The abilities range from walking on water to being immune to lava.

How to get the elemental armors?

The first block you will need is the Fusion Table (find crafting recipes further down). Place it down somewhere on the ground.

Water Armor: Allows you to breath underwater for an unlimited amount of time – you won’t drown. If you come in contact with lava the lava will turn into cobblestone which you can walk on.

Lava Armor: Allows you to walk on water as it will be turned into cobblestone. Besides that you will be immune to fire and lava.

Air Armor: If you hit a mob while wearing this armor the mob will be pushed away several blocks from where you are standing.

To get any of the elemental abilities you must only wear one armor item. This means that you can use one item from each set to get the powers of all the armors. 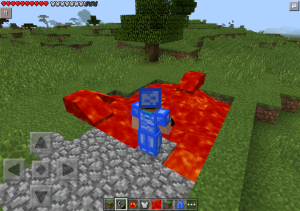 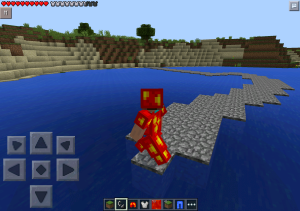 Download and install the latest BlockLauncher BETA for the mod to work: http://bit.ly/1znj943