The Elemental Witches PE mod adds seven new elemental witches to the game with powers such as fire, water and earth. Every witch got unique powers based on which elemental type it is and when you kill them they will drop the shards you need to craft magical staffs.

How to find the witches?

The witches can only be spawned using the spawn eggs found in the list below. We recommend you use the Too Many Items mod to spawn the eggs.

Each of the witch serves as a boss with unique abilities to defend itself with. After you’ve killed a witch it will drop a shard which you can use to craft staffs.

All witches got 80 in health.

The witch will throw lava at you to set you on fire. Once the witch got less than 14 in health it will make a giant glowing meteorite fall on top of your head. 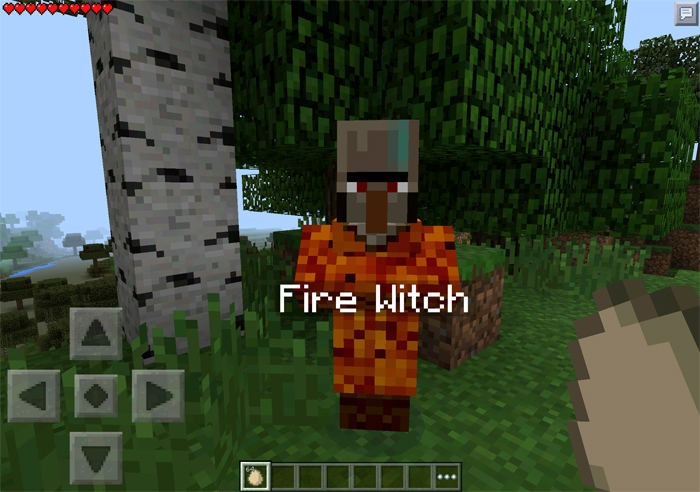 If you attack this witch it will generate water on top of you and when it got less than 14 in health it will spawn chunks of ice near you to slow you down. 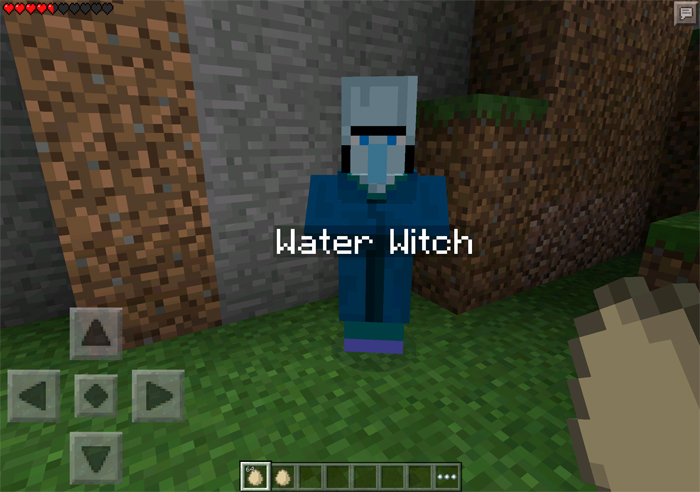 The witch will use dirt to try to suffocate you. Once it got less than 14 in health it will generate loads of stones around you and also spawn in some helping minions to try to kill you. The minions can only be destroyed with a pickaxe. 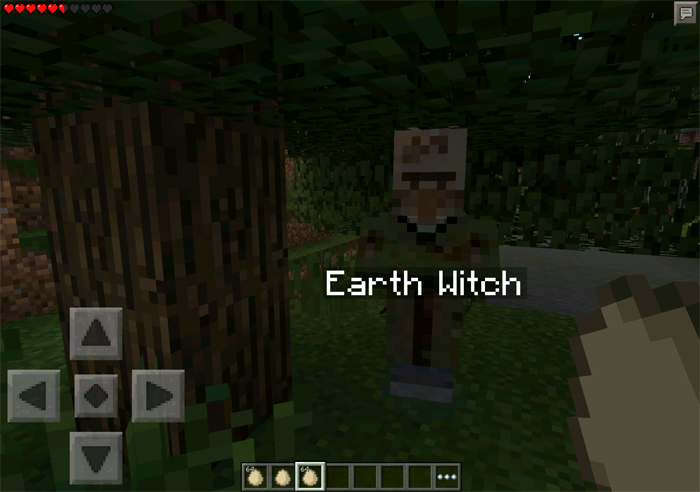 It can create small explosions and tornadoes. Once its health reaches below 14 it will start make larger tornadoes and bigger explosions. 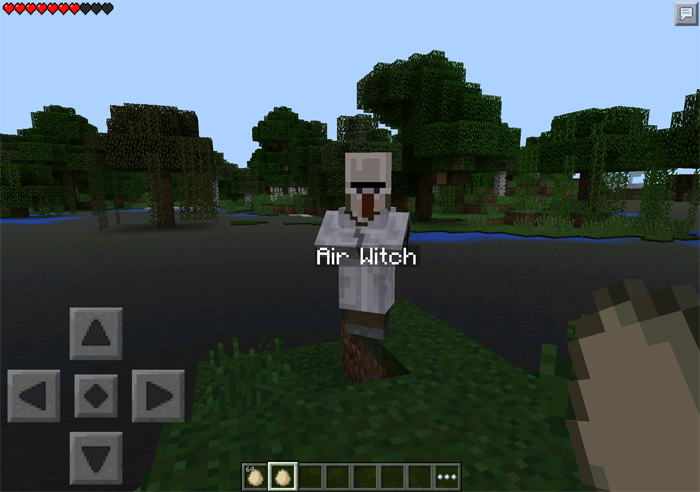 The witch will start cloning itself when it reaches 14 in health, other than that it’s quite harmless. 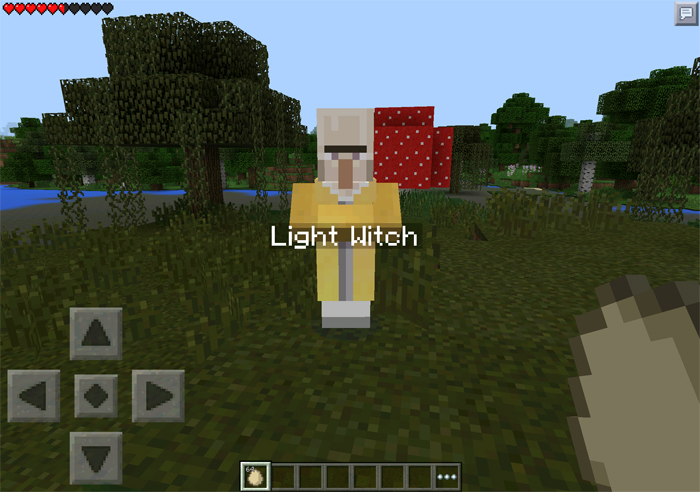 The witch deals a lot of attack damage and once it reaches 14 in health it will spawn a random hostile mob close to you which will help in the attempt to kill you. 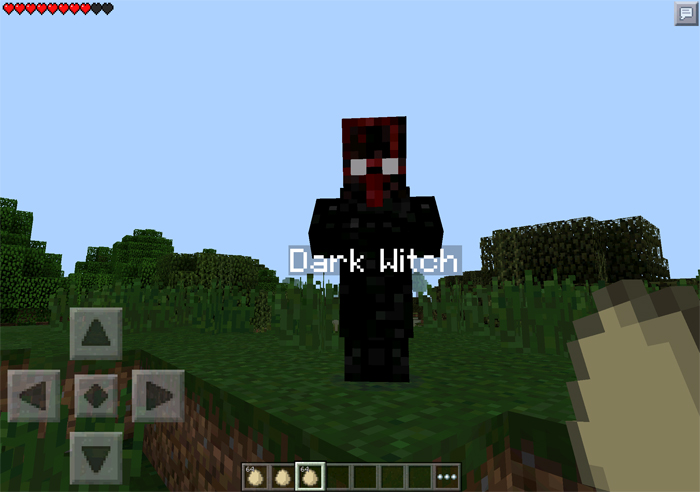 The witch will make some fires and explosions. When the health of the witch reaches below 14 it will start calling for loads of lightnings. 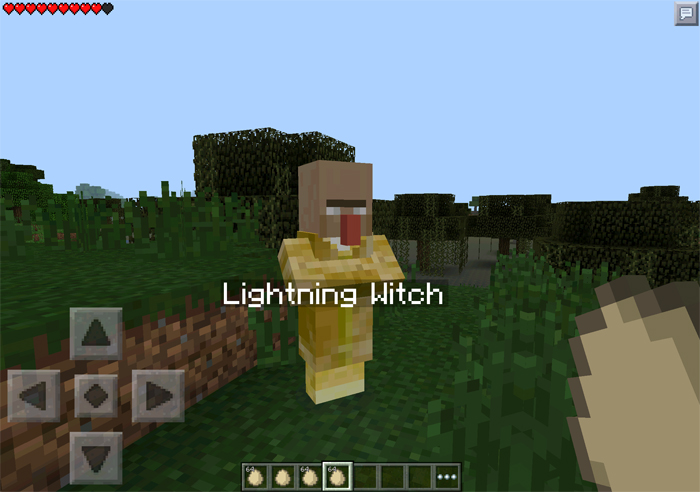 How to craft the staffs?

Every staff include 2 sticks and 3 shards. Pick whatever type of shard you want based on what kind of staff you want. Different shards can never be combined.

What does the staffs do?

For some of the staffs a new graphical user interface button is introduced called USE which can be used to perform staff specific actions, such as firing fireballs.

Fire Staff: Shoots fireballs which sets the area on fire where it lands. 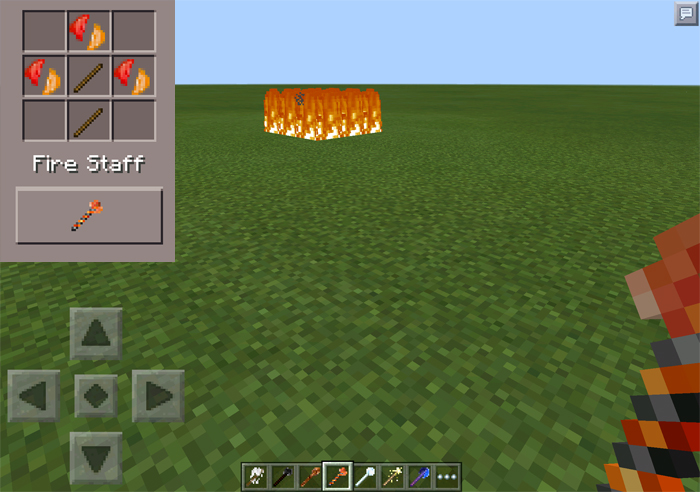 Water Staff: Shoots some kind of ball which when lands generates masses of water.’ 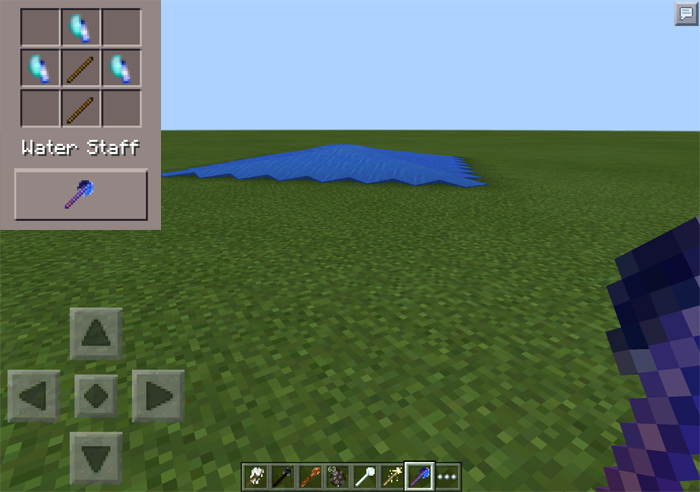 Earth Staff: Launches a rocket into the air which generates a couple of dirt blocks where it lands. 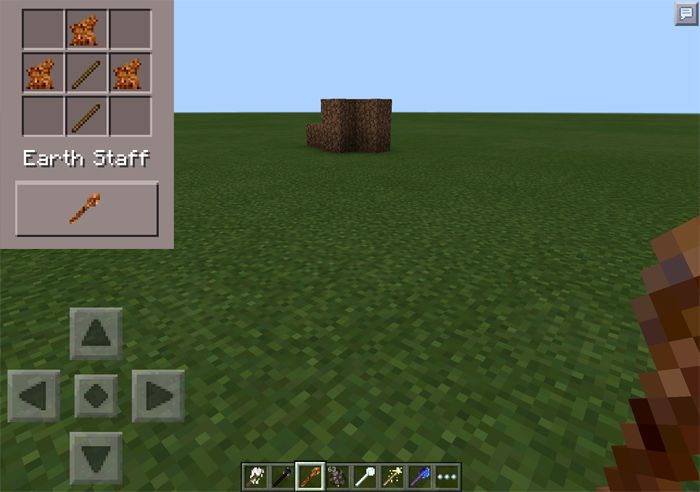 Air Staff: Creates a small explosion on the mob it’s used on causing it to launch a few inches up into the air and explode. 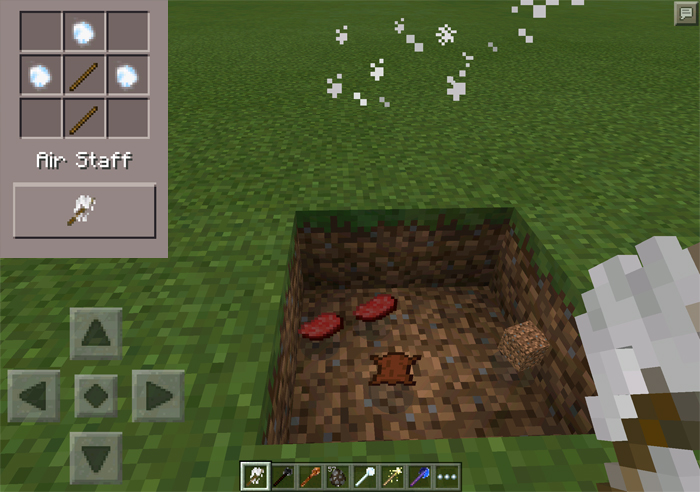 Dark Staff: Shoots a deadly ball of darkness at the aimed target and makes a direct and powerful explosion. 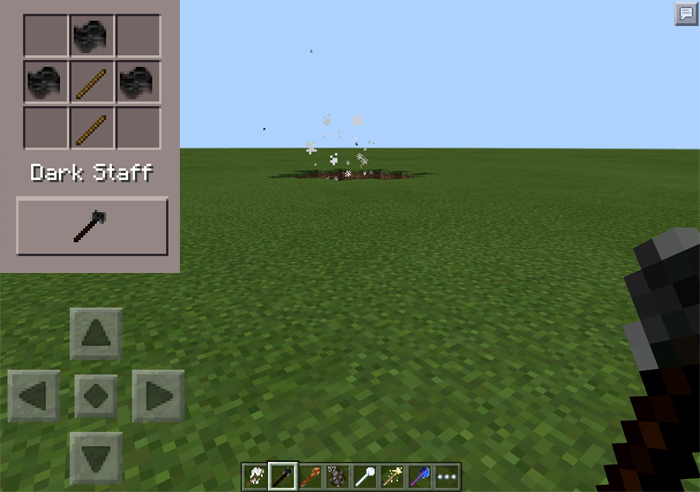 Lightning Staff: Calls for a lightning from the god of thunder. 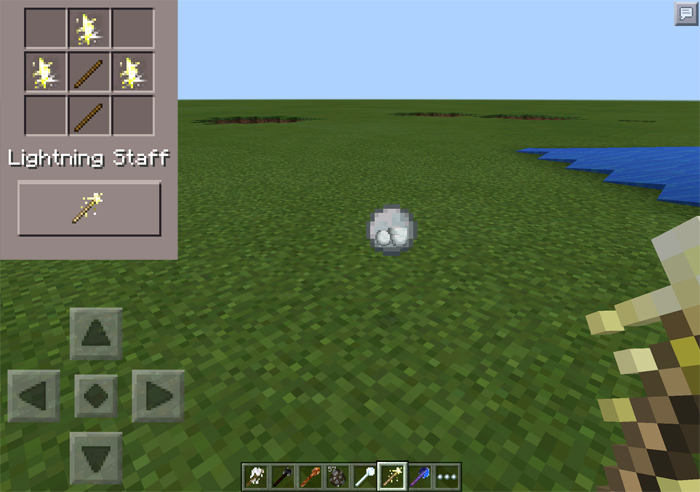