This addon implements a new horse called the Ender Horse to the game. Its main feature is its ability to teleport. The teleportation is random so it’s quite hard to control but it’s nonetheless a quite unique feature for a horse. It has on average more health than other horses and it also has some boosted speed and jumping abilities.

The Ender Horse can be found spawning naturally in the Overworld. A horse can be tamed simply by sitting on it until you see some heart particles as then you will know it is tamed. To be able to control the horse you will need to place a saddle on the horse. 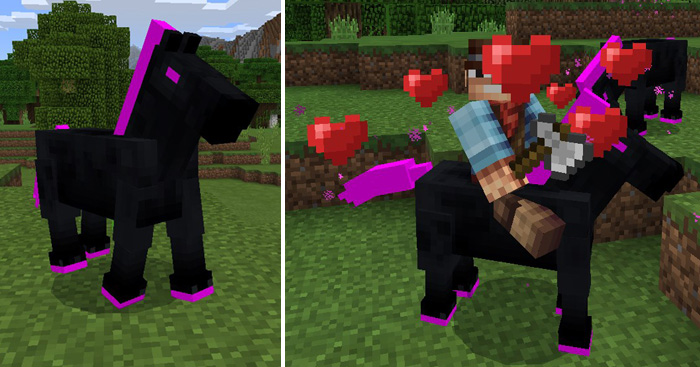 Tamed Ender Horses will not teleport. However, wild ones does, so that creates quite a challenge for taming them. Tamed ones jump 5 blocks high (at max) and have a total of 33 full hearts. 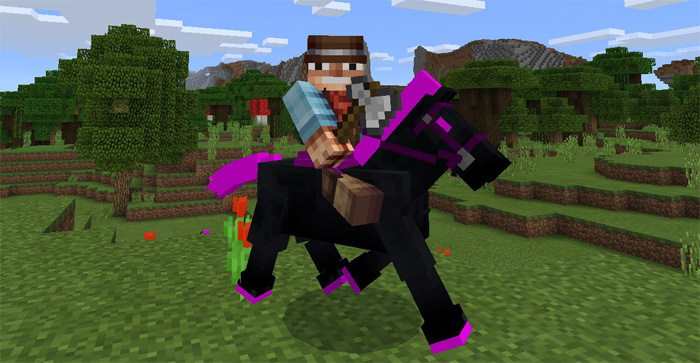 See my other add-ons here