This addon adds a large number of Objects to the Game. You can find from Tools, Swords, Food and More. And In addition to new spawn rules and new loots.

You can also find the new entity, the “Ender Trader” when exploring The End

This Addon has created by ZhackerHero

Shulkers, Ender Trader and endermites now no longer spawn in The End Naturally.

Your Spawn depends on the Enderman spawn with the following percentages:

+ The Magic Beans do not give saturation or fill the hunger, but it can be helpful because when consumed they will give Instant Health II.
+ If you place the Dragon Egg in the Stonecutter, you will get 4 Distortion Essence that can be consumed (although it is not recommended), they will give you negative effects such as Nausea, Hunger, Weakness and Teleport you Randomly.

+ When cooking in the oven the Distortion Essence, you will get Dimensional Food, which will give you Healt Boost V, Regeneration II, Strength, Absorption.

You can create Tools with Dimensional Diamonds and Sticks.
Dimensional Sword + 10 Damage

You can create the Sword Distortion with the Distortion Blade, Distortion Hilt and an Obsidian Stick.

The Capturers serve to create a Spawn Egg of some Mob that dropping its Head. And you can duplicate it with a Heart of the Sea.

To obtain a Specific Capturer you must join a Blank Capturer with the head of a Mob.
To recharge a specific Capturer you must surround it with the Mob scenery in question, there are 3 recharge levels, when the Capturer is complete just join it with a Chicken Egg and you will get a Spawn Egg.
You can decompose the Sand and Soul Sand in Dust, if you cook in the oven the dust of Sand you will obtain Pieces of glass.

You can create a Monster Spawner

If you cook mobs heads in an oven, you can get their essence.

Can You craft Elytra Wings or Trade with Ender Trader

The Elytra can you craft with Wings

The Ender Trader is a neutral mob that prefers to trade with the player, but if attacked, he can call the Enderman around him to defend him. 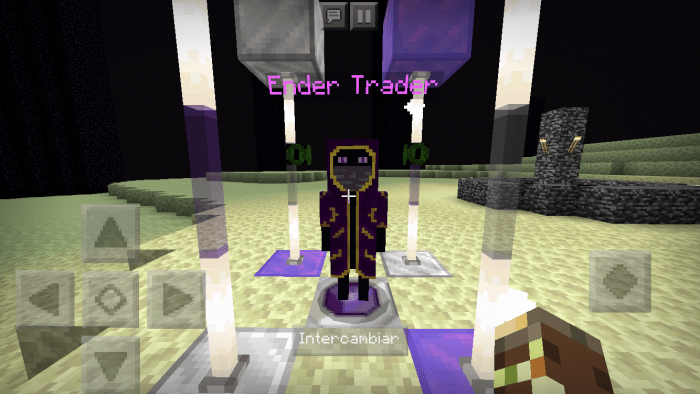 The Eye of Ender is the servant of the Ender Trader, it will be summoned to defend its master, it does not do much damage and has little life, but if it hits the player, it will cause temporary blindness. 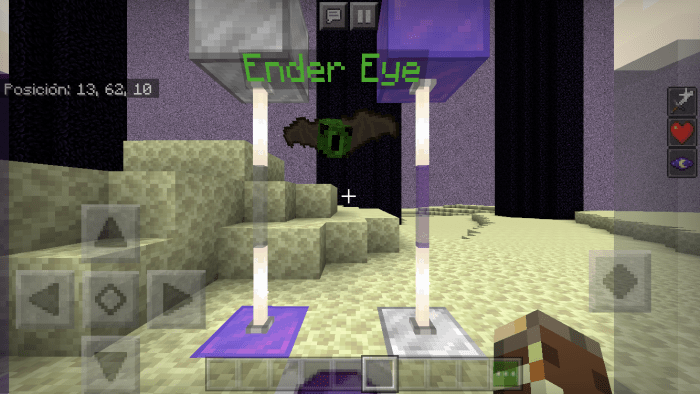 You can get all the items of the addon using the /function command.

Just write the following in chat:

Dimensional Block and Ender Block texture has been fixed, and Dimensional Ore, Ender Dust Ore and Arkan Block blocks have been added. 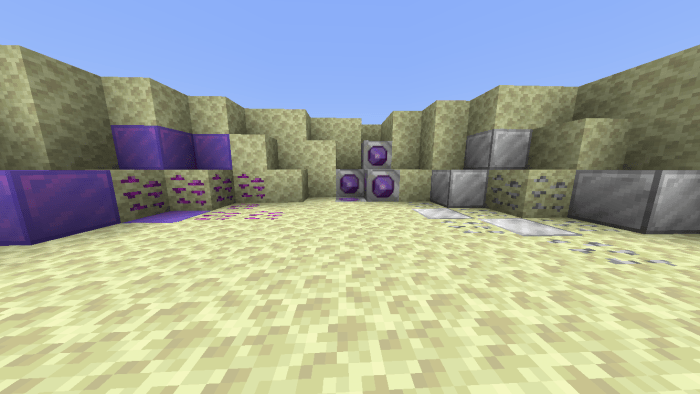 A guide with everything related to the Ender Shadows Addon has been added, and can be consulted from the “How to Play?” Section.

In it you can find all the recipes, mob and generation statistics, etc.

This Guide is available in English and Spanish, according to the language in which the game is configured. 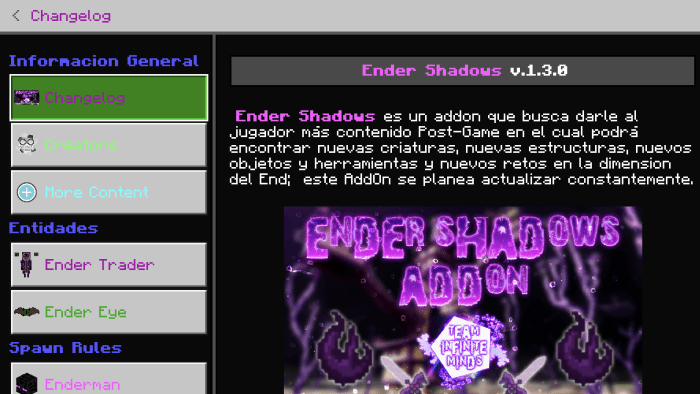