Entity 303 is a creepypasta which was (much similar to Herobrine) created just to scare people. Even though there have been hundreds (or maybe even thousands) of sightings of these creatures all of them are most likely fake as there have been no evidence to prove that they actually exist in-game (except through mods or addons like this one).

The spawning works just the same as if you wanted to fight the Wither Boss. You will need four soul sand and three wither skeleton skulls. Then build a structure as seen down below. The structure requires three skulls to spawn the boss. 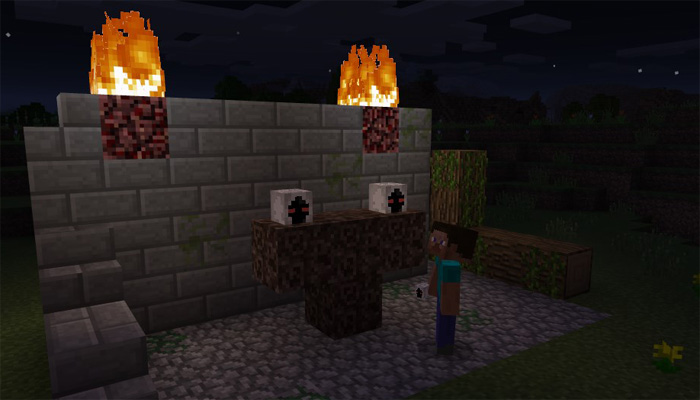 The boss is huge and if your intention is to survive then you most likely want to bring a fully enchanted armor set and weapons.

No one walks safe once it has spawned.. not even pigs! 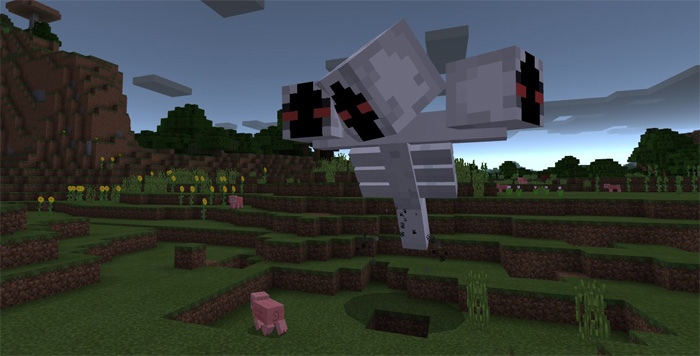