Entity 404 is a creepypasta in Minecraft which existence have been rumored about for a long time. The honest truth is that it doesn’t actually exist, unless of course, you are willing to mod the game. One way to do that is to use this add-on. It replaces the Evoker mob with Entity 404 which has some incredible powers.

Where does Entity 404 spawn? 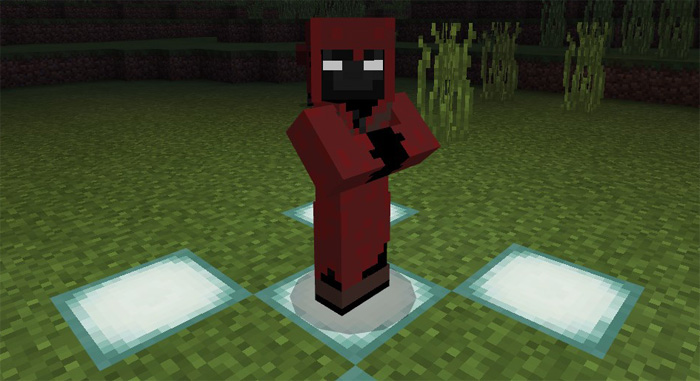 After a while it will summon its slave minions which include mobs such as Entity 404 fighters, zombies and husks. As soon as its health is very low it’ll get a health boost (200 hearts) and have a chance of summoning the Wither which have the possibility to last for up to two minutes as well as summoning more minions.

If you do manage to defeat it then it will drop lots of useful treasures such as diamonds, emeralds and totems of undying.