Extreme Paintball is an awesome map which is recommended for 2-4 players. It can be played either as regular paintball style or King of the Ladder style. The map makes use of an addon which turns the snowball into a paintball that deals 1 heart of damage per hit and has an infinite range, meaning, it goes exactly where you throw it.

To play you will need to be at least two players but more players are preferable. Type the following text command to give paintballs to all players: /give @a snowball 300 0

Split up into four different teams: blue, green, red and yellow and then enter the map.

Type /spawnpoint and then make a countdown from 5 before dropping down into the arena.

As soon as you enter the paintball arena the battle begins. The winner is the last player (or team) alive. 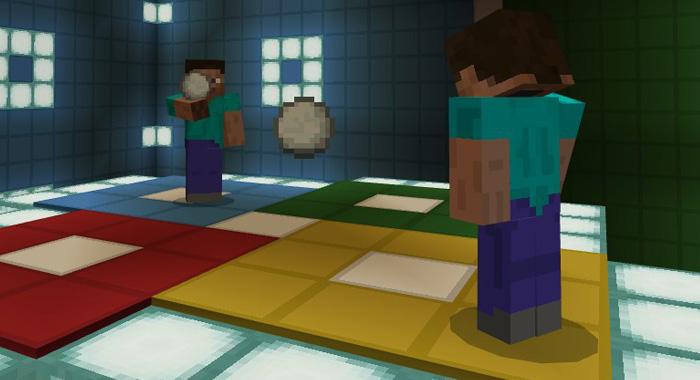 You can also play this map King of the Ladder style. Use the same instructions as above but give also players enchanted golden apples.

The objective for a King of the Ladder type of gameplay is to get to the highest platform and stay there for the longest time during a period of five minutes. 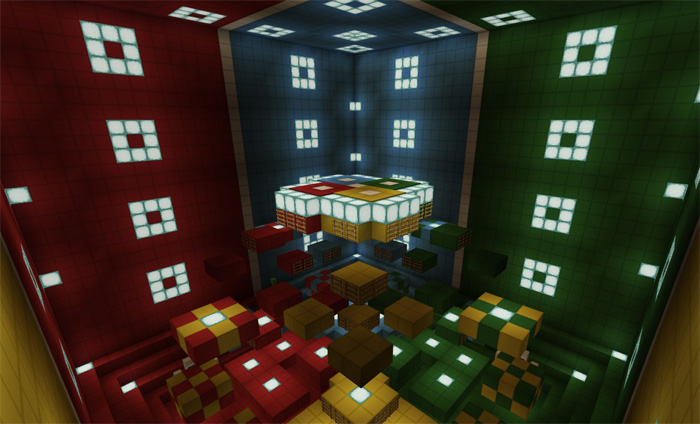