Fancy Invaders is a small and fun PvP map for up to four players. It works much similar to hunger games maps but the size is much smaller. Not only does the map look really cool but it also got some hidden surprises like the three imprisoned ghasts which can be set free by players. 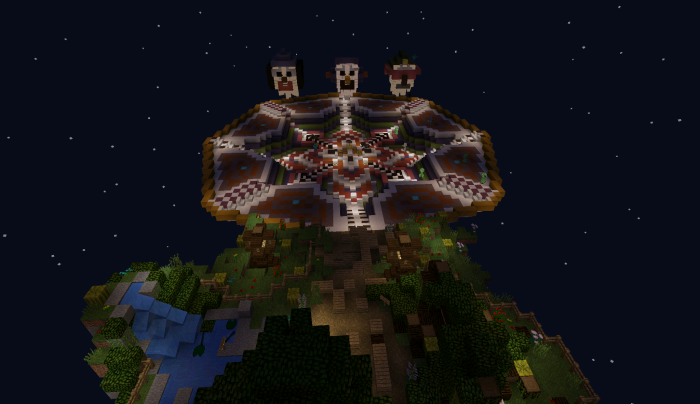 The map can be played by up to four players. Each player start off by standing on one diamond block each in the arena. Begin a countdown from five and once the game starts everyone’s objective should be to run toward the center of the arena to open and get what’s in the chests.

The next objective is to kill everybody else in the map.

There are three imprisoned ghasts in the map which can be broken loose by breaking the clay surrounding them. To reach them you can use the wood found in the chests to build a structure to get to them.

The last man or woman standing is the winner.