Fantasy Islands is a made-up theme park with over 60 rides & attractions, 4 themed hotels and some great themes for you to enjoy throughout 8 different & engaging themed areas!

Fantasy Islands is a medium sized theme park with several fun areas worth exploring. Each area has an entirely different theme: The areas are Dragonspire Keep, Xanerth, The Crypts, Hobbiton, Rum Cove, The Lost Island and Kahti Point. It’s really a great mix of everything put into in one theme park. Some other awesome things checking out are the daily fireworks shows, multiple well-themed hotels and a large range of shops around the park.

In the most recent update, we’ve added The Lost Island – an all-new area with 4 thrilling attractions! 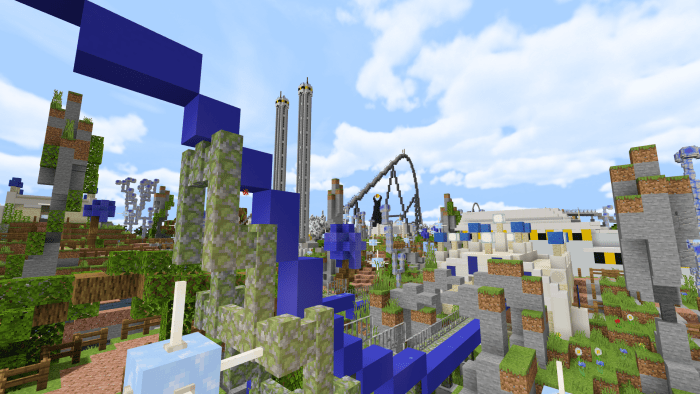 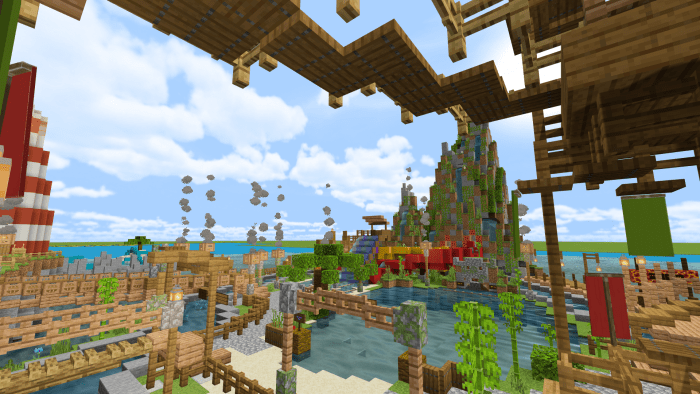 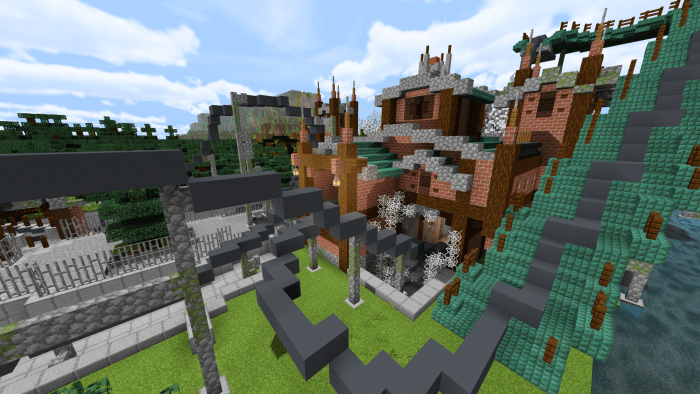 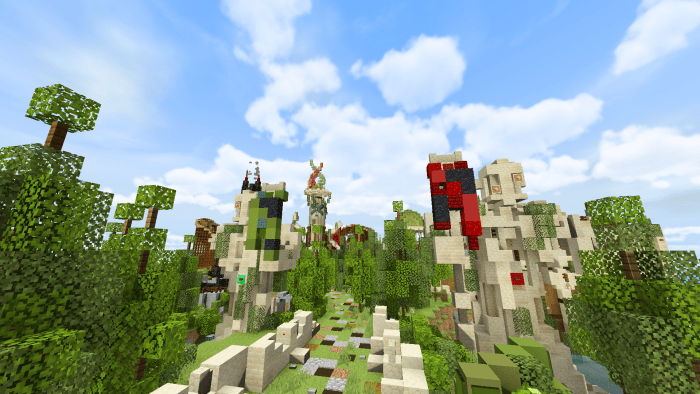 Revamped The Crypts, including:

Reopened Hobbiton! All rides in the area have been updated!

- The Desolation of Smaug: Dragon Chase

- The Mines of Moria

- Mount Doom: The One Ring

- Continued preparations for Islands of Screams

- Fixed issue with textures not working on some downloads

Stared Islands of Screams 2019! The mazes are:

- Began preparations for Islands of Screams 2019

- Bug fixes due to changes to minecart friction

- Full revamp of the hotel

- All rides are now trackless

- Fixed problem with .mcworld not downloading