This map is a fan game of Five Nights At Freddy’s, and is very scared.

I want to update this, it’s in BETA, please, visit every day this amazing site to download the new map update.

“Five Nights at Freddy’s is a series of independent survival and horror video games in Point-and-Click created by Scott Cawthon. 6 main games were released, a spin-off, three non-canonical books, a VR game and there are also 3 films that are in production. Wikipedia”‘

The animatronics saw you attack during the night, and you need to protect yourself from 00:00 AM until 6:00 AM.

(most words were translated by Google translator, and so it is a little incorrect)

Freddy and his gang!

Freddy is won by closing the door when he gets close. You need to look at the foxy in the cameras, he is shy. Phantom Freddy and Freddles is easy, you need only use the flashlight.

The flashlight system work and are very important in your night, never forget.

Phantom Freddy and Freddles go spawn in your office.

Foxy: you need to see he in your camera, if you do’nt see he, you die. Foxy stay in pirate cove, and he likes tesures! 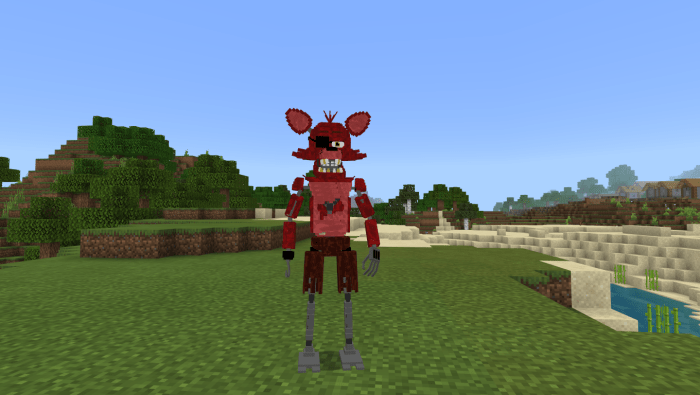 Freddy: he is aways walking in the pizzaria, the unic metod to won he, is closing the doors and luck. Freddy stay in the principal stage, but he can walk wherever he wants, and can enter his office. 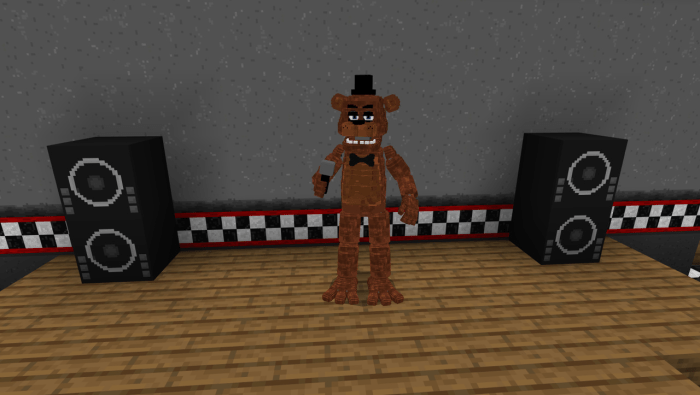 Freddle and phantom Freddy: they spawn in your office, they wait one hour to atack you, and you need to use the flashlight on it before this one hour, 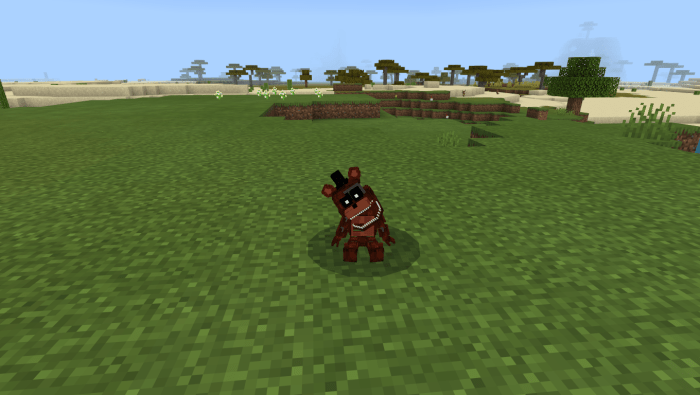 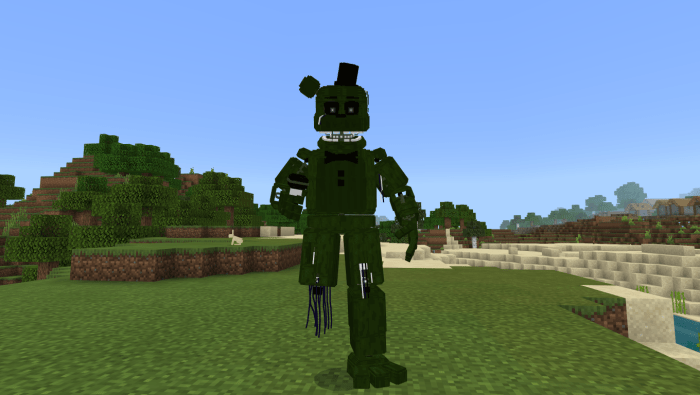 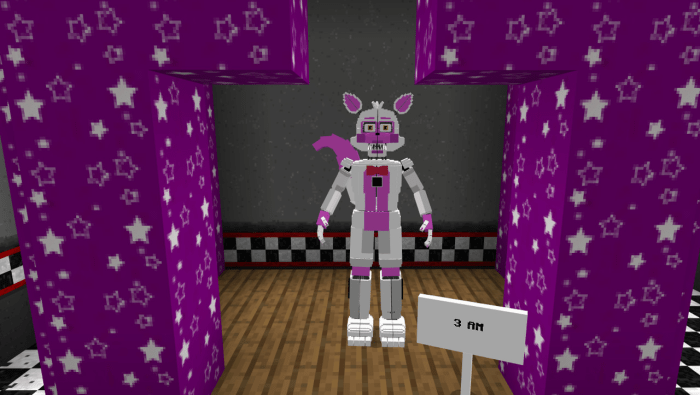 Toy Freddy: he stay in the parts and services, and he plays a game of Mr. Hugs, you need to play this game, and close the lever with Mr. hugs are. 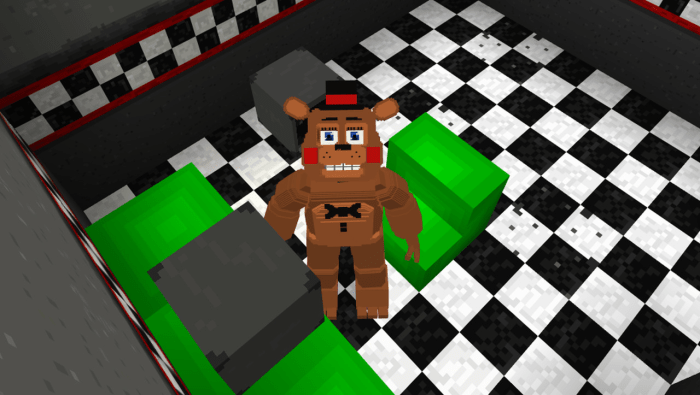 Your office: here you work, and try to survive the attacks of animatronics. Has a camera button, flashlight and doors. 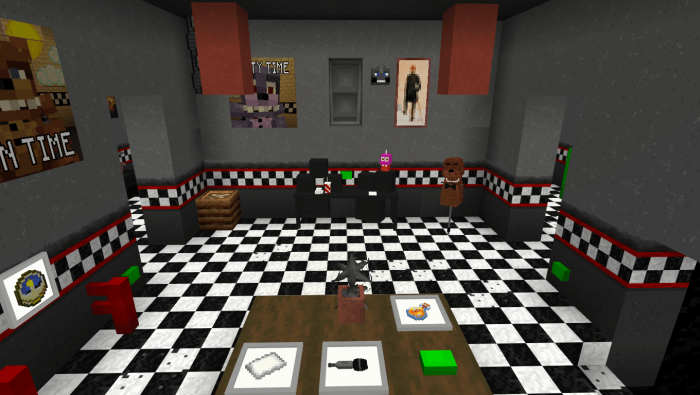 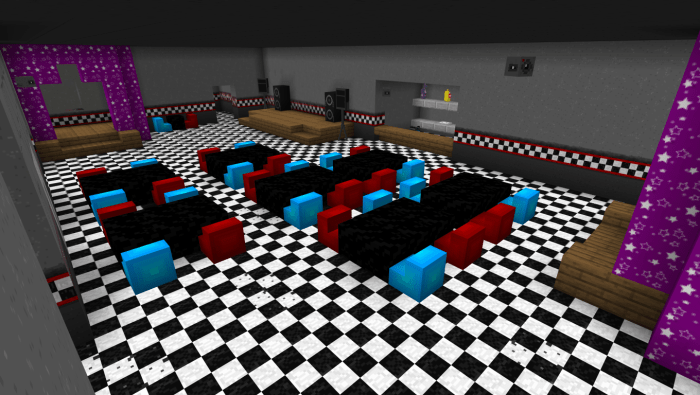 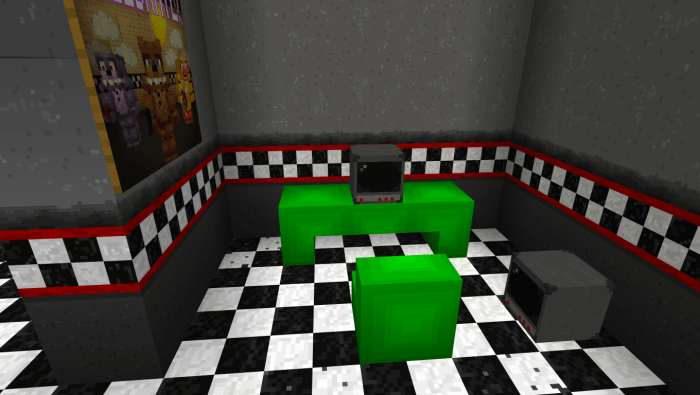 Its hard to make, and no ads, all command were made by ONE people.

If you download, thanks, i only want to make you happy, i do’nt need nothing, only your smile at the my map.

And a good news, MULTIPLAYER MAP!

* I have permission from the creators of add-ons and textures, you need permission to make a map with this add-on. The map must be free, unless Scoth Cawton allows … This is impossible. 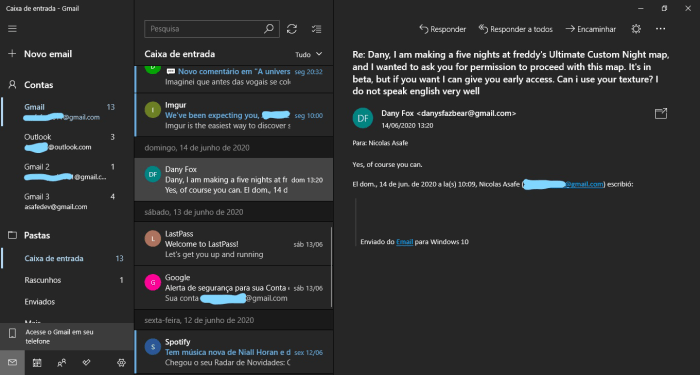 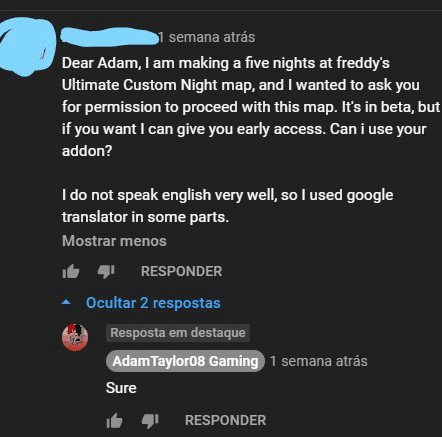 My device don't run my map. I think I will suspend updates until I have a new device...

Please, install in a windows 10, because this map need a good hardware. If you install in a BAD device the addon will be bug.