By LordBeverage
Published on August 29, 2019 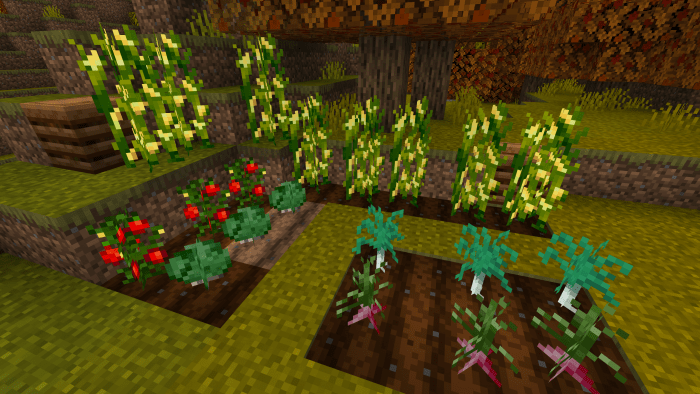 This pack makes the following changes:

All plants retain their vanilla functionality (this is only a texture pack!). Tomatoes can be crafted in to red dye, leeks and lettuce into light gray dye, and maize into pink dye. All crops can be propagated like their vanilla counterparts, by using bonemeal on them!

Once the texture pack is installed, these plants can be found in naturally generated vanilla Minecraft chunks.