Fnaf 2 mountables is based of the fan favorite Five Nights at Freddy’s 2. That’s right! By downloading this addon, it will import these scary animatronics into your Minecraft world!

Download this addon for roleplays or if you want to scare your friends!

This addon consists of 15 animatronics from the popular Five Nights at Freddy’s horror game by Scott Cawthon, when you import the addon, you will have new spawn eggs in ur world! You can collect the spawn eggs in your inventory and spawn the realistic animatronics in your minecraft world! When you spawn them you can ride them for roleplay with friends and scare them! Now they do not move, speak at the moment, or attack you, they can only ride them for roleplay and be the animatronics!

This is a beta so not all the animatronics are in this addon yet! There will be endo 2 and toy foxy in the future!

The animatronics can move when riding them but they cannot jump unlike riding horses in minecraft. 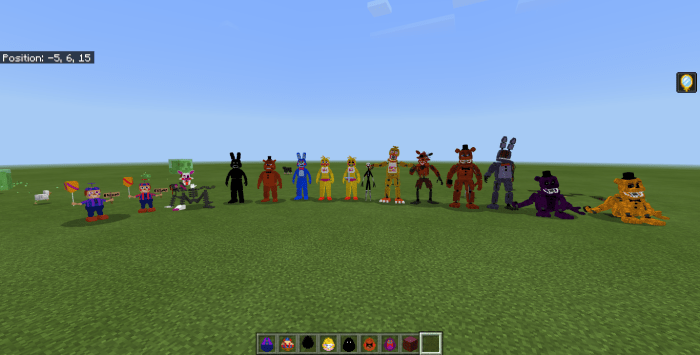 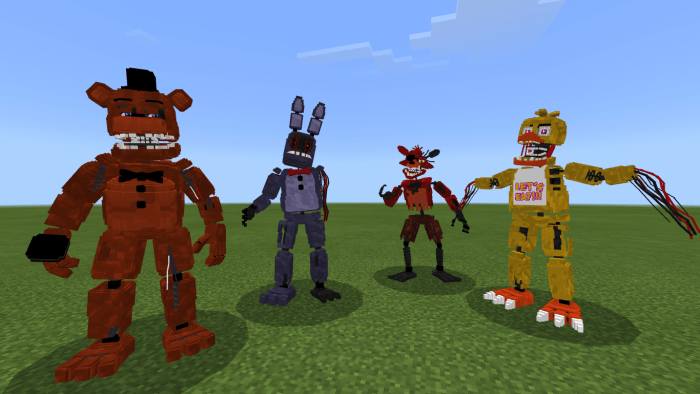 The withered are the terrifying huge scrapped versions of the main 4 animatronics ar fredbear family diner, after it shut down they took the parts from thesr animatronics for new versions of freddy and the gang and they are very angry! 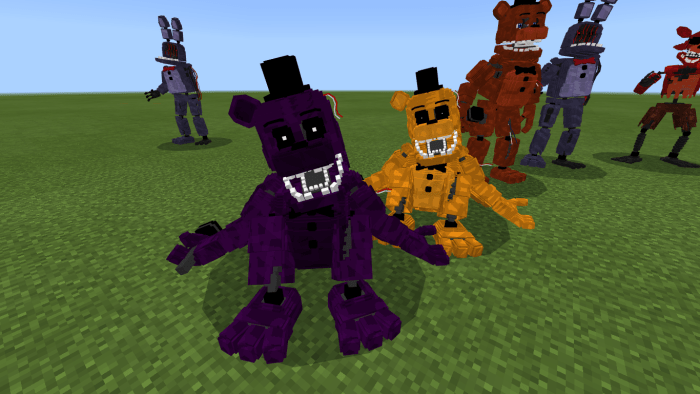 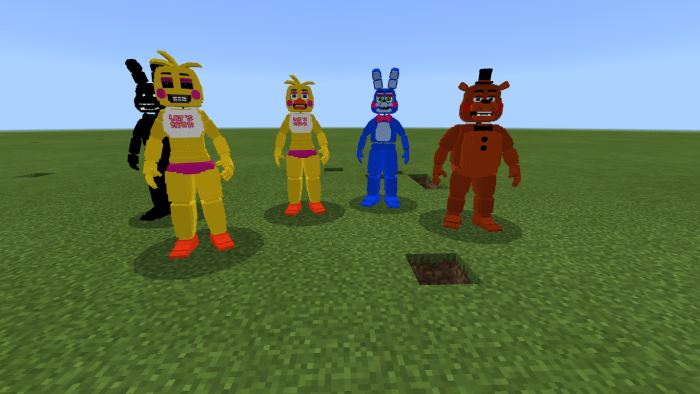 These are the new and improved Toy ANIMATRONICS! They replaced the original withered animatronics and are alot more kidly friendly, or so they thought. They also have face recognition to tell apart differences between a criminal, animatronic, or child. 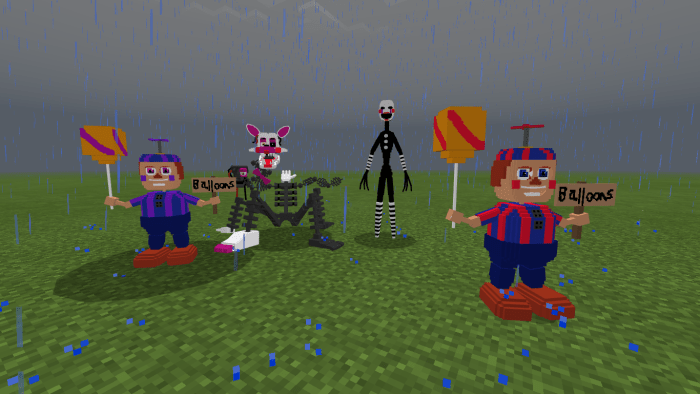 These guys are the the more aesthetic, clown versions of the animatronics, they are said to have been part if the sister location genre of animatronics and are now part of fnaf 2. They look kind but are alot more mean than the others! 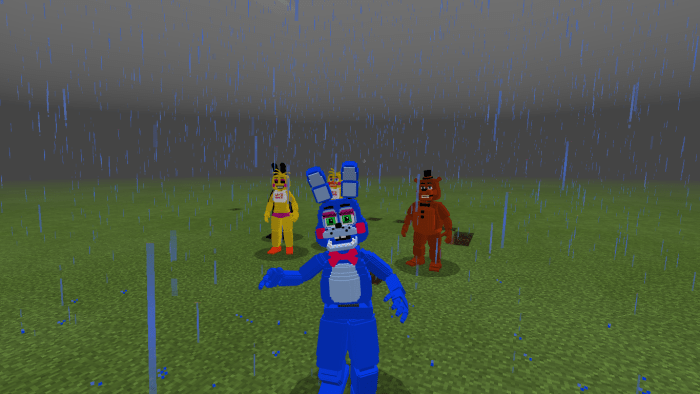 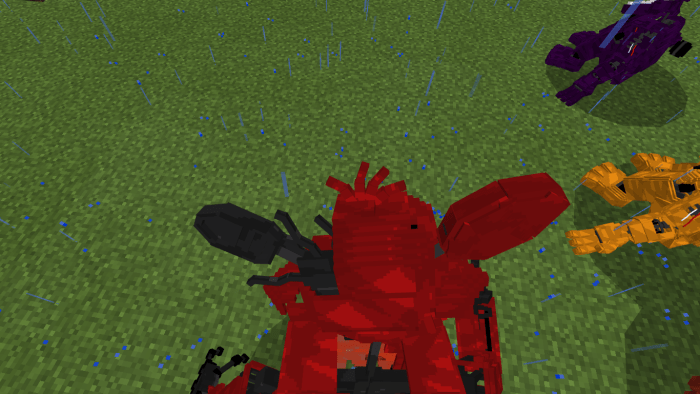 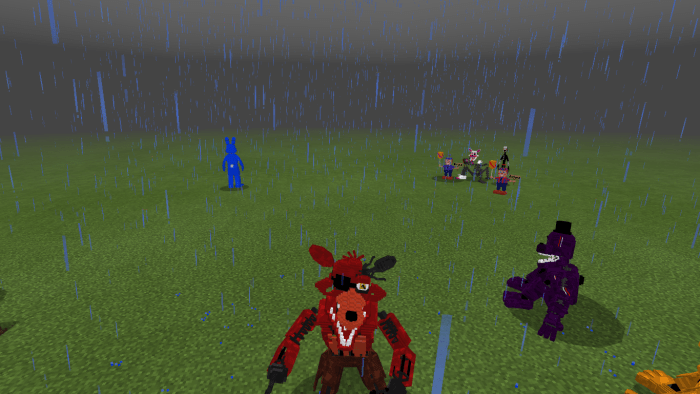 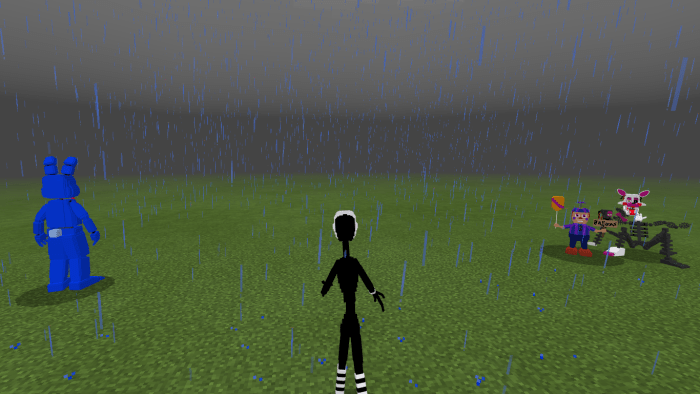 Play this addon on your mc world to terrorize ur friends with these scary animatronics! U can also use this addon for roleplay! roleplay

There haven't been anything new changes except edits for the submission, but there will be another update including endo2 and toy mangle!

To download the mcpack or mcaddon, download them then tap or click on the download file when u are done and import it to minecraft. For zip files, when it is finoshed downloading, copy and paste it to ur minecraft behavior or resource pack folders and extract it in there. Once u have done them then u are good to go!