This is an addon which brings the animatronics in Five Night at Freddy’s to Minecraft Pocket Edition. You can tame them and keep them as your pets or fight any of them or the animatronic boss called Ennard. Most of the animatronics provide a great companionship as they will always try to protect you.

The animatronics replace villagers and as a result they can be found spawning in villages. The majority of them are neutral which means that they will only attack the player if they are being attacked first.

There are five different resource packs to choose between. Download and use the one based on which characters you want in your game.

You can tame an animatronic with pizza slices (iron ingots). A tamed animatronic will follow you around and protect you against hostile monsters. 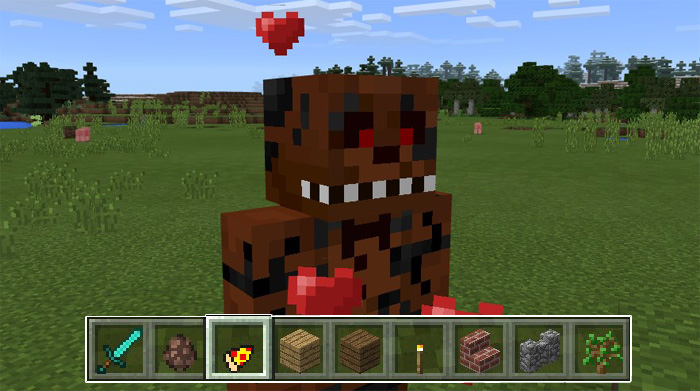 It’s not as powerful as one would imagine so be careful and make sure to treat them with some iron ingots once in awhile to heal them. 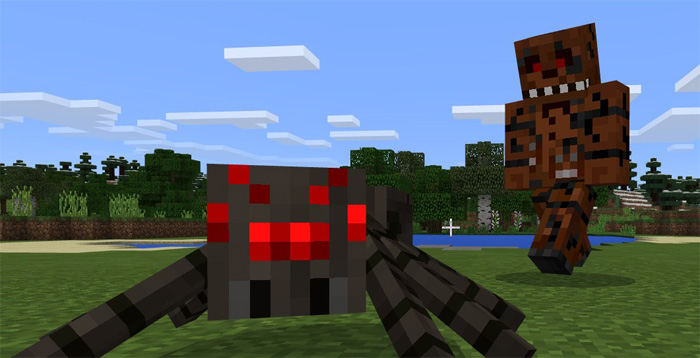 Ennard is the main antagonist in Five Nights at Freddy’s: Sister Location. In Minecraft it replaces the enderman and is considered a boss. 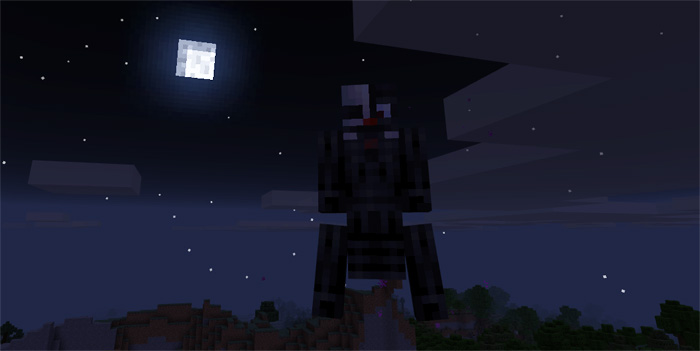 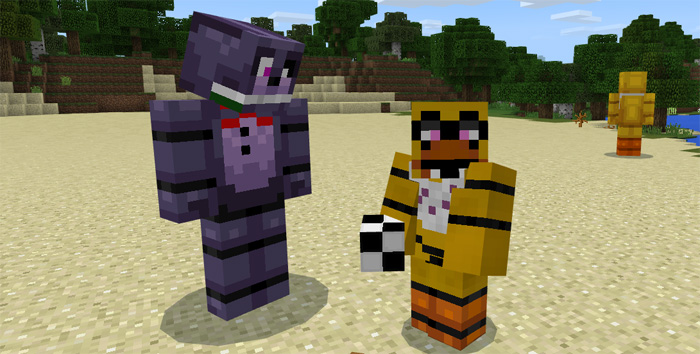 Make sure to watch the video!

Make sure to download both a resource back and the behavior pack. Otherwise it will not work!