This add-on features all of the mobs which were included in the Fractured World adventure map. All new mobs have complete new models and textures which creates a whole new experience in the Overworld (or wherever else you can find them). Most of them are quite powerful, and some even are considered bosses, so this is a great option for anyone who is looking for new challenges in Minecraft.

Most of the mobs replace ones which was originally found in the Overworld or the Nether. This means that they will all spawn naturally and you can quickly find them in-game.

A full list of the new mobs and their behaviors can be found further down on this page.

Be careful out there! Some of the mobs are much more powerful than their vanilla predecessors. 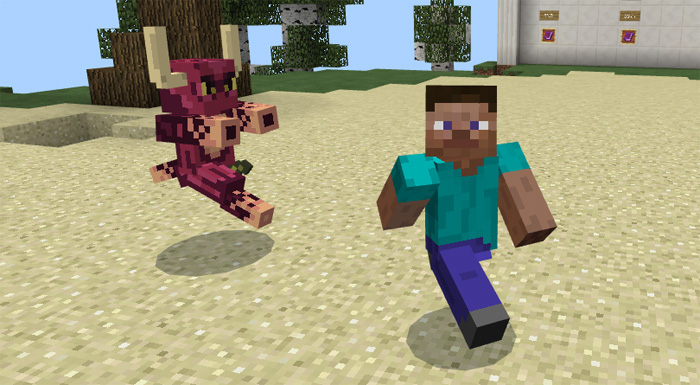