An old medieval castle made for the early versions of Pocket Edition, rebuilt, remodeled, and redecorated to be practical in a new Bedrock Edition 1.16 world.

As I continued to expand this world, I decided to officially declare this a kingdom, starting by colonizing the nearby villages

So it’s a small castle originally built by an unknown player from a Minecraft builder app, but I redecorated it with the new Minecraft features to make it functional even without the use of redstone for the current versions of Minecraft. I also decorated it with the Frostbourne banner from Rainimator’s Fractures series to honor him and to make this world a human settlement.

It’s actually a practical fortress capable of fending off mobs, but isn’t good against enemy players. Since it’s populated by many villagers, a raid can occur, although the castle gives you a massive advantage as raiders are only used to raiding small villages, and they lack proper siege equipment against castles. I also placed a sugar cane farm and a nether portal just outside the castle.

There’s a nearby colonized village just in front of the castle, so the villagers in there will serve as good peasants as long as they’re treated properly.

Inside the Nether, there is a Crimson Forest and a hole with ladders that will take you to the bedrock level where you can mine ancient debris. 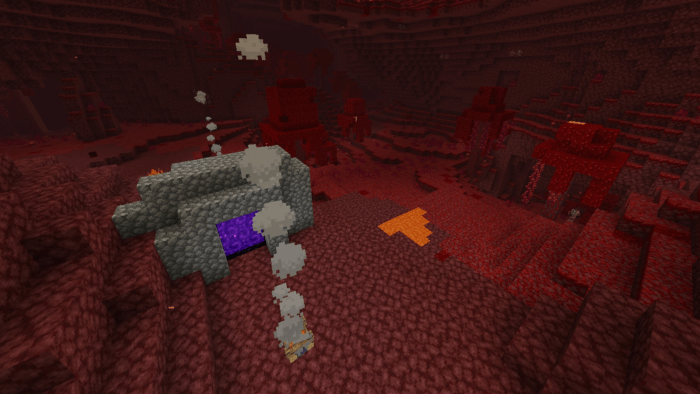 Kingdom update: I decided to rename this world to Frostbourne Kingdom, and I made it a kingdom starting by colonizing the neighbouring Savannah village inorder to expand the size of the kingdom, a similar tactic used by the Villager Kingdom from Mr.FudgeMonkeyz’s Annoying Villagers. I’ll also colonize other unexplored villages if possible, or you can just do it yourself.

You must first cross an acacia bridge to visit the place.

The village is relatively small village populated mostly by animals.

In the original village, I added a Golem Totem, a magical totem with the power to summon an Iron Golem, greatly upgrading the village’s defense system against mobs. Although the golems summoned by this are neutral towards players, and shouldn’t be messed with.

And one last thing, check out my YouTube channel: