Hello! Thanks for viewing my Skin Pack! I originally made these skins for some friends and myself. These are all military skins based between the 1940s and 1950s. I hope you enjoy them!

The Skins (In Order) 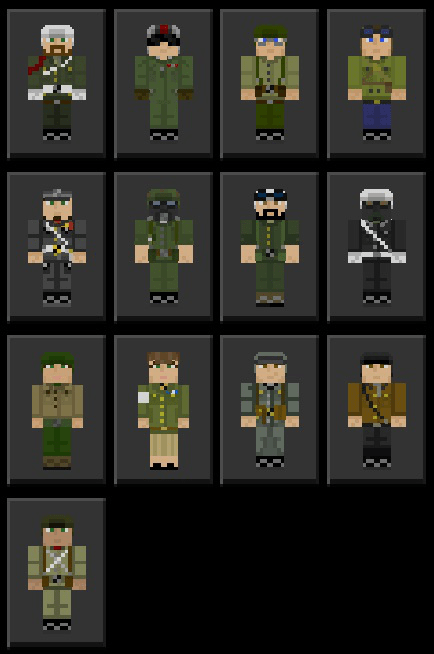 Hello! I’m Minnesota! I’m a small Youtuber and I love to create things for the games I play! I hope you enjoy my skin pack!

Note: This was only uploaded to MCPEDL.com. If you see this anywhere else it was without my permission.

I've had multiple things uploaded to other sites without permission, had to update description because of this.

I just updated the link and fixed up the description a bit. I'll be adding some other language support and more skins in the future.

Got you some more stuff again!

Hey hey hey, I got you some new stuff!

Please remove any previous version of this pack before importing the newer version.