The yeti is an ape-like creature which lives in the snow. Some people believe it exists in real life but there has been no sufficient evidence to back that up. This addon adds a giant yeti to the game which have the strength and power similar to a boss. It’s a really cool creature to fight and if you defeat it you will be rewarded with treasures!

The giant yeti (replaces the iron golem) can be spawned by building a structure using four iron blocks and a pumpkin. Make sure to spawn it on grass otherwise it won’t spawn.

This is more of a boss than an ordinary mob as it is very strong and it requires some really good fighting skills to defeat. 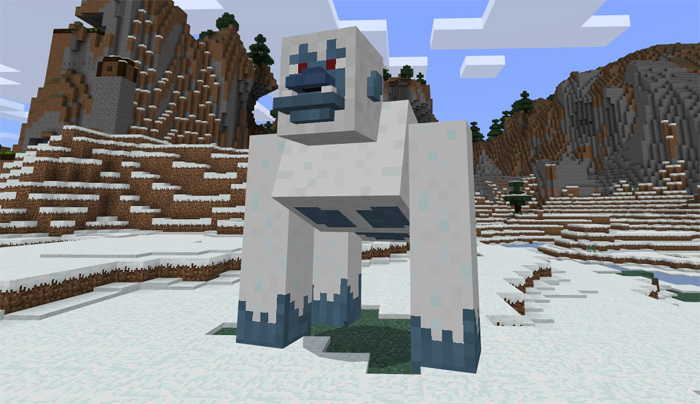 As it’s a hostile mob you need to make sure that you’ve got some good gear and weapons before spawning it. Luckily, it is slower than the player and this means that you shouldn’t have any trouble to run away. 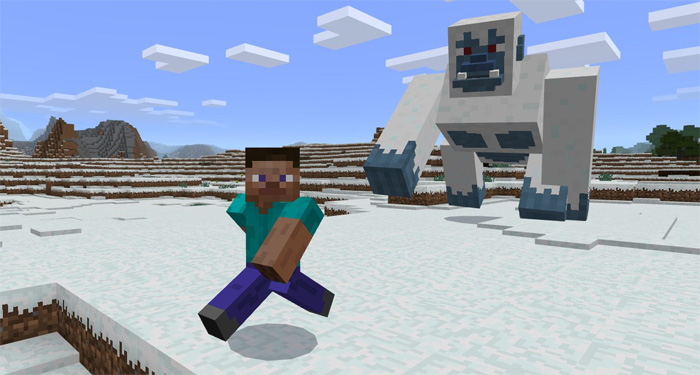 But if you do have the courage to stay and fight and actually succeed in defeating it then you will be rewarded with some amazing loot.