GigaMobs will completely change your perspective of chickens, pigs and other animals which previously have been smaller than yourself. This addon will make them larger, stronger and also run faster. Some of them you can ride such as chickens and rabbits. Almost all mobs have had their size modified and this makes the world look kind of funny but also much more dangerous.

Even though the horse is Godzilla-sized it’s still entirely possible to ride. Just make sure to set camera perspective in video settings to Third Person Back. I also recommend setting FOV (field of view) to max (51 is default in case you want to reset it later).

The horse is not only bigger but it’s also has more health and runs faster. And when it jumps it can literally jump over hills and small mountains. 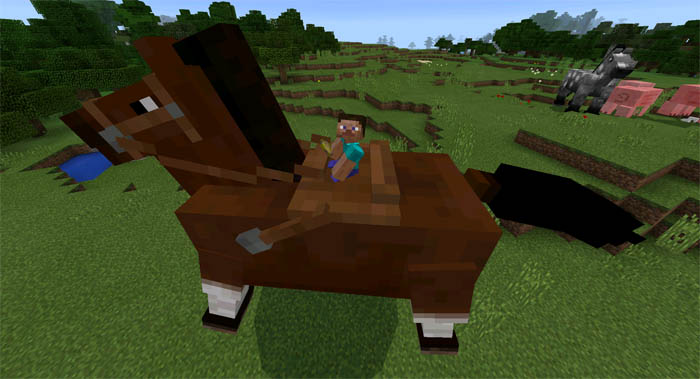 Chickens and rabbits are also much bigger. And you can also ride (Android, iOS = long-tap + press Feed, Windows 10 = right-click) these mobs. Hold a carrot (for rabbits) or seeds (for chickens) in your hand to control them.

Don’t play around with creepers. Their explosion has been slightly increase to cause some more damage.

You can tame a skeleton by tempting it with a bow. As soon as it is tamed it will turn into a wither skeleton. It will then follow you around and protect you whenever you are being attacked.

You really don’t want to mess around with polar bears unless you want to get stomped in the head by a giant, vicious animal. 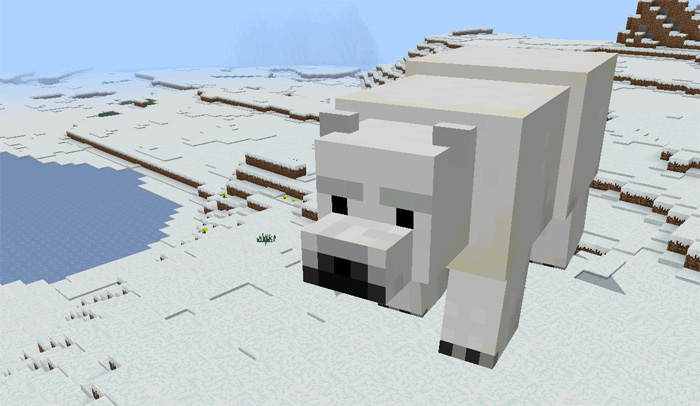 The new mobs for version 1.1 are now also bigger. This is only relevant for 1.1 users though. 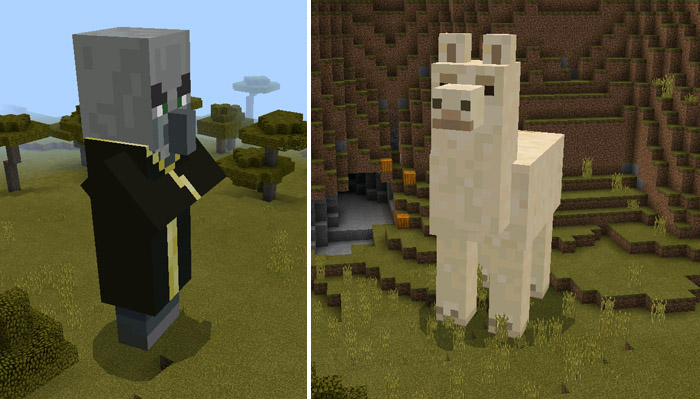 Here is a list of all mobs which are much larger than before. Most of them also have more health and the hostile ones are stronger.