This mod adds two versions of Godzilla, both of which you can fight by the use of some new weapons which are also introduced in the mod. See if you have what it takes to take down the giant monster known as Godzilla or just sit back and relax while two Godzillas fight each other.

How to spawn Godzilla?

There are two types of Godzilla spawn eggs in your creative inventory:

Make sure you’ve set difficulty to max, otherwise it won’t work to spawn them! Both of the Godzillas have use the same customized model. The only different is the color of the design.

Here is the normal Godzilla. He’s huge and stretches much higher than many of the buildings in NewBloxten City which we used as a testing area for this mod review. 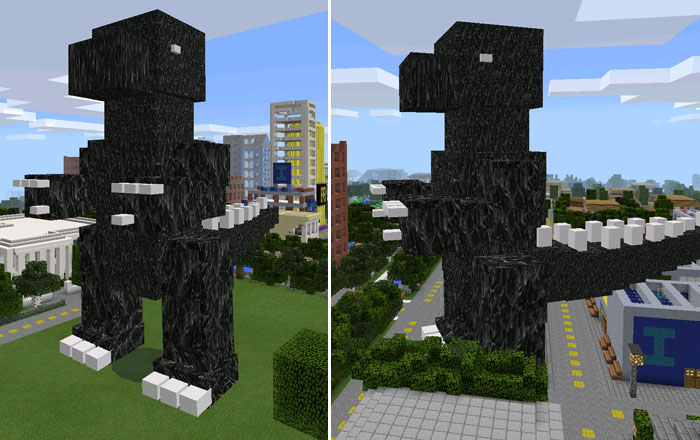 This is Burning Godzilla. As you can see, his skin is made out of burning lava. 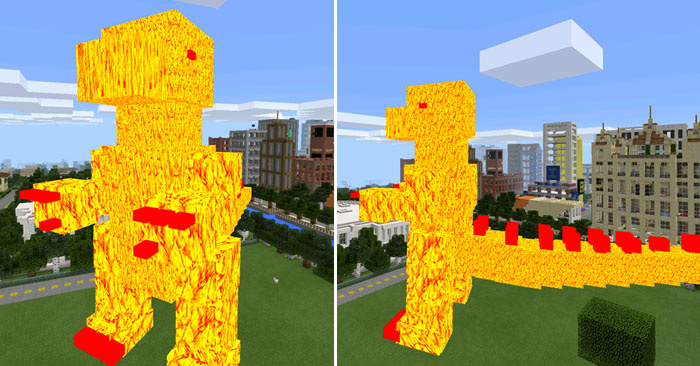 There are two scripts (.js) included in the download where in one the two Godzillas will fight each other and in the other they will not. If you’ve got a less powerful device we recommend using the one without the possibility where they can fight one another. 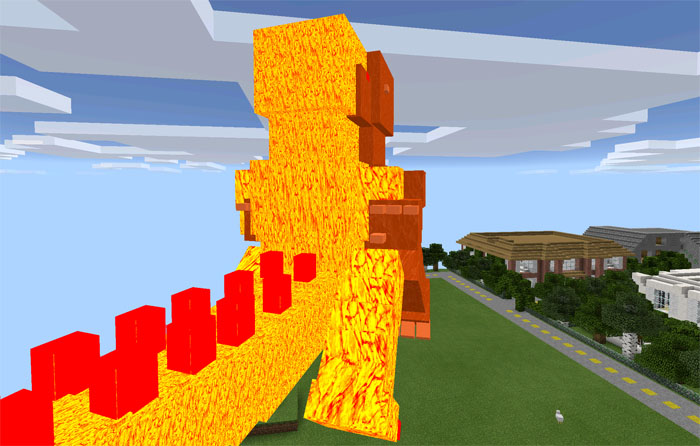 Two weapons have been added to the game. These are more or less required if your intention is to kill either of the Godzillas. A great thing is also that it has a huge hitbox which means you can aim at almost any part of the monster and still hit it. 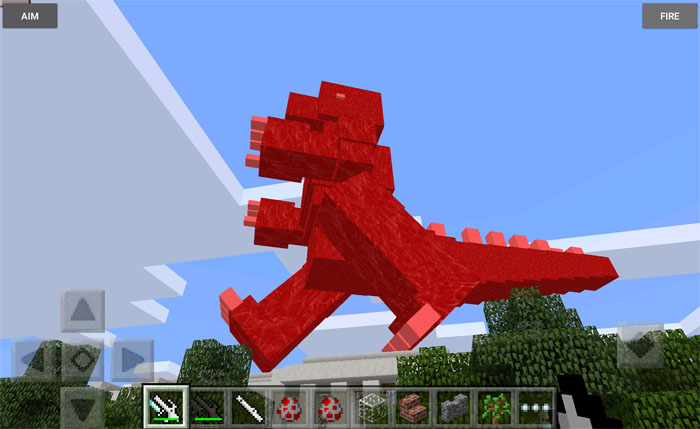