The Grinder Mod adds two blocks which will help to better protect your base against hostile mobs and other unwanted guests. Whenever a mob walks over a grinder block it will die instantly. But you’ve got to be careful not to walk on them yourself because then there’s a great chance you will be meat grinded as well.

Both recipes require a stonecutter to be crafted.

How to use grinder blocks to protect an area?

Place the grinder blocks in an area where hostile mobs are likely to walk. In this example we surrounded the entire base with grinder blocks. This resulted in whenever mobs were trying to attack us they ran into their own death. 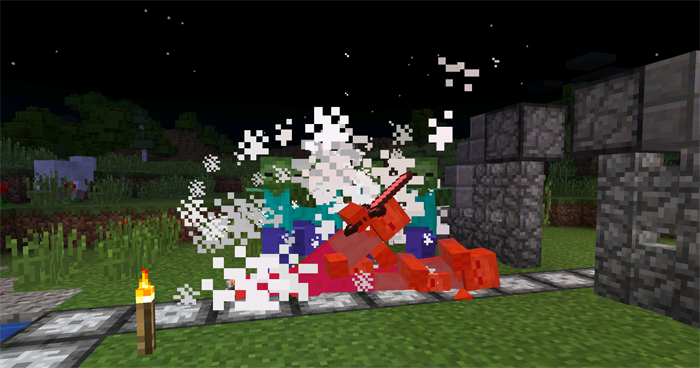 Use the safe grinder block to create a safe pathway. Mobs will still die when walking on a safe grinder, it’s only you who are protected against taking damage.