The Halo 4 Mod includes the full Mark V Armor Set and seven weapons copied and created but as in a Minecraft version. Wearing the armor will give you extra abilities such as increased speed. The weapons are nicely balanced powered and never feels overpowered.

The armor is the finishing touch which make you feel as if you were Master Chief yourself. It includes an armor set of four items and when worn you will get the following special powers: run 3 times faster, infinitive health and armor 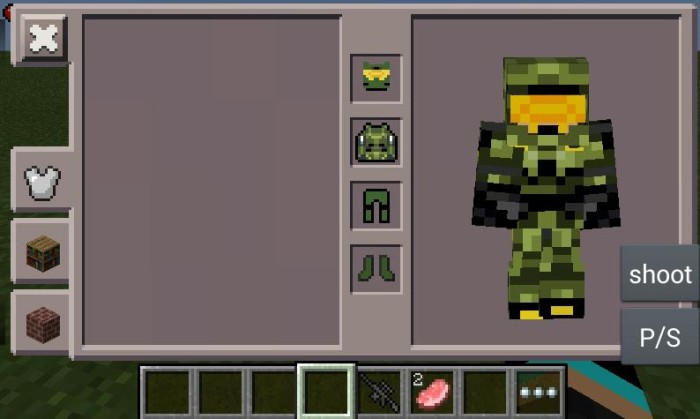 Everything from assault rifles, melee weapons to RPGs and sniper rifles can be crafted. Each weapon use different functions and effects.

Ammo (ID: 500) is crafted with 1 iron ingot and 1 gunpowder and is used for most of the weapon crafting recipes.

All weapons can be obtained in the creative inventory or crafted using the recipes found further down. 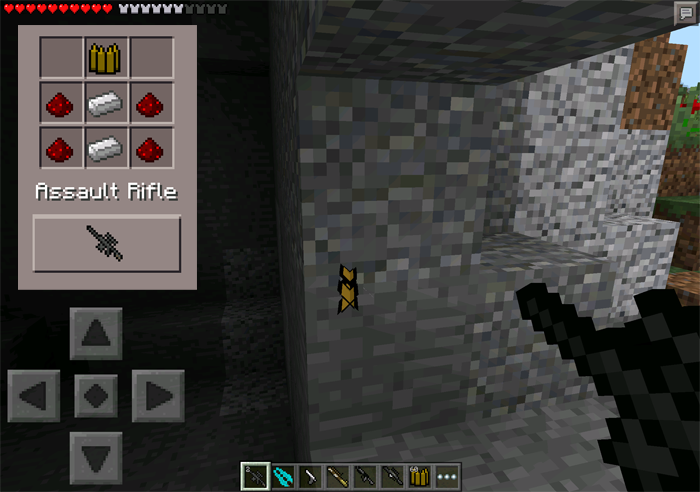 A melee weapon which can be used in close battles. Swing it at an enemy and you will kill it instantly. 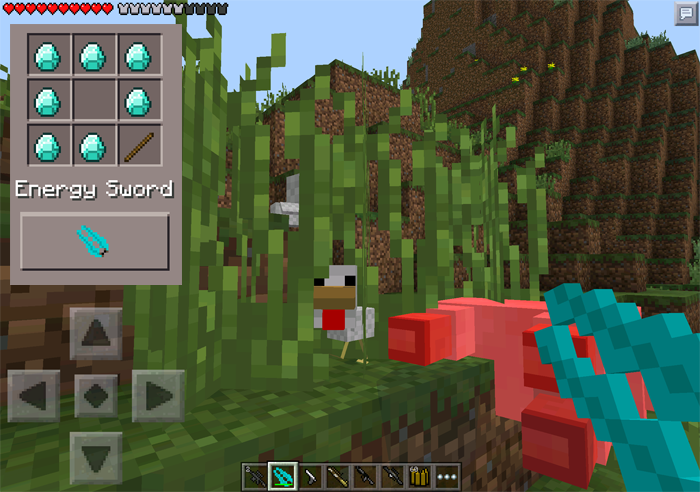 Tap on the P/S button to shoot. Fires a bullet wherever the center of your screem is aimed at. It’s a deadly weapon which kill most enemies in one to two hits. 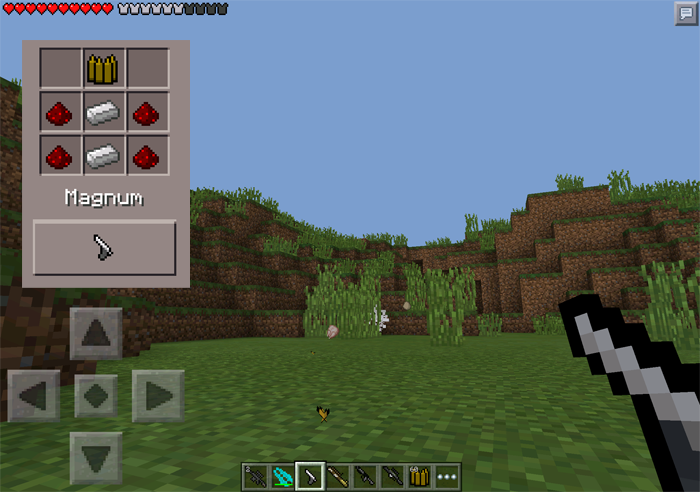 To fire an RPG missile tap on the P/S button. It needs no reloading time so it can be a really efficient weapon. 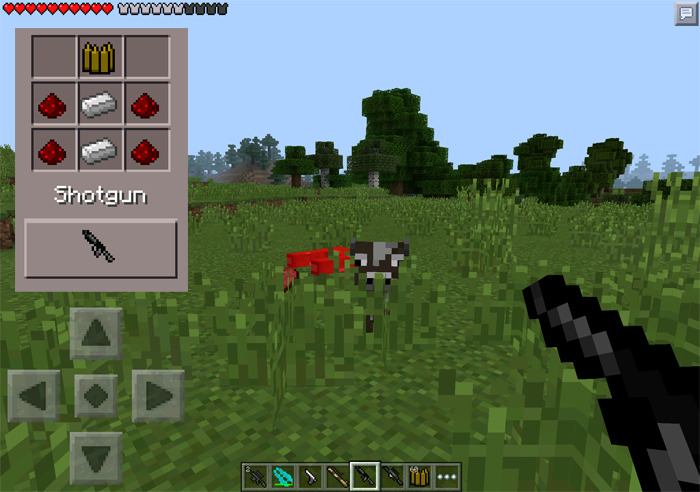 Zoom in with a scope on your enemies before pushing the trigger to fire a bullet at them. Powerful with great accuracy. 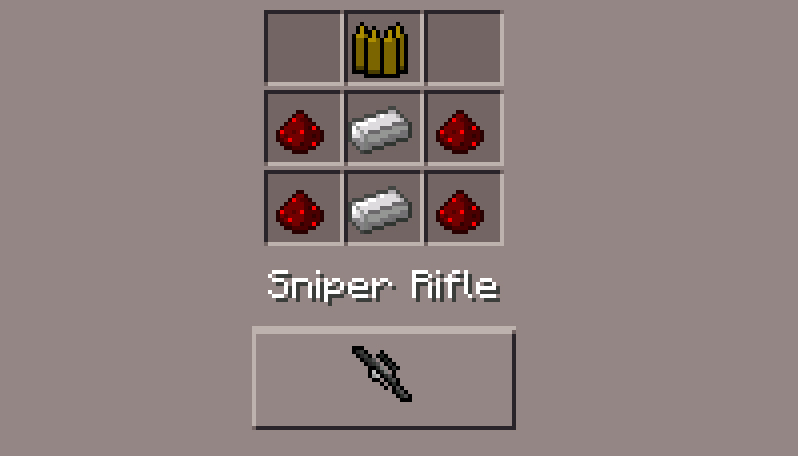 Hold down your finger on the screen to throw the grenade in that direction. Make sure not to stand too close as it makes a big explosion.

To get it either go in creative or use Too Many Items. You can also craft a snowball as it is the item which is replaced with the grenade. 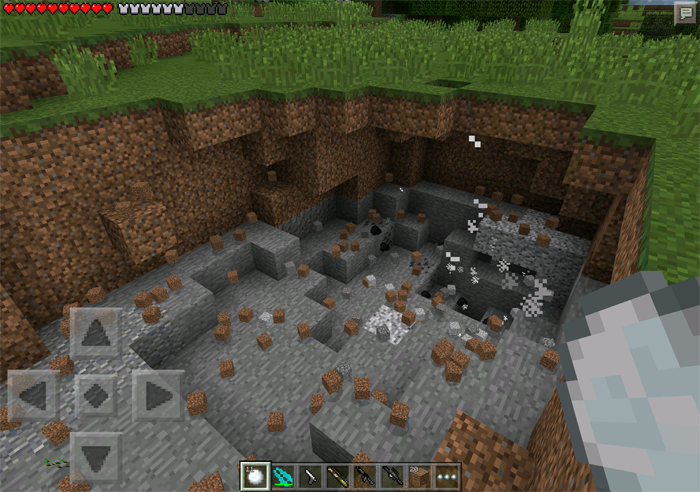